American model and actress, Alissa Violet, has posted a series of Tweets suggesting that FaZe Clan’s Ricky ‘Banks’ Banks cheated on her during their relationship.

FaZe star, Ricky Banks, revealed that he had split from long-term girlfriend Alissa Violet on July 6, claiming that they had been apart for “about a month.”

In the aftermath of the breakup, Violet broke the silence on July 17 with a Tweet to her fans, stating: “You guys don’t know what happened behind closed doors and I’m doing the best I can to handle everything. I’m still very hurt and upset how this happened. I will always love and care for Ricky.” 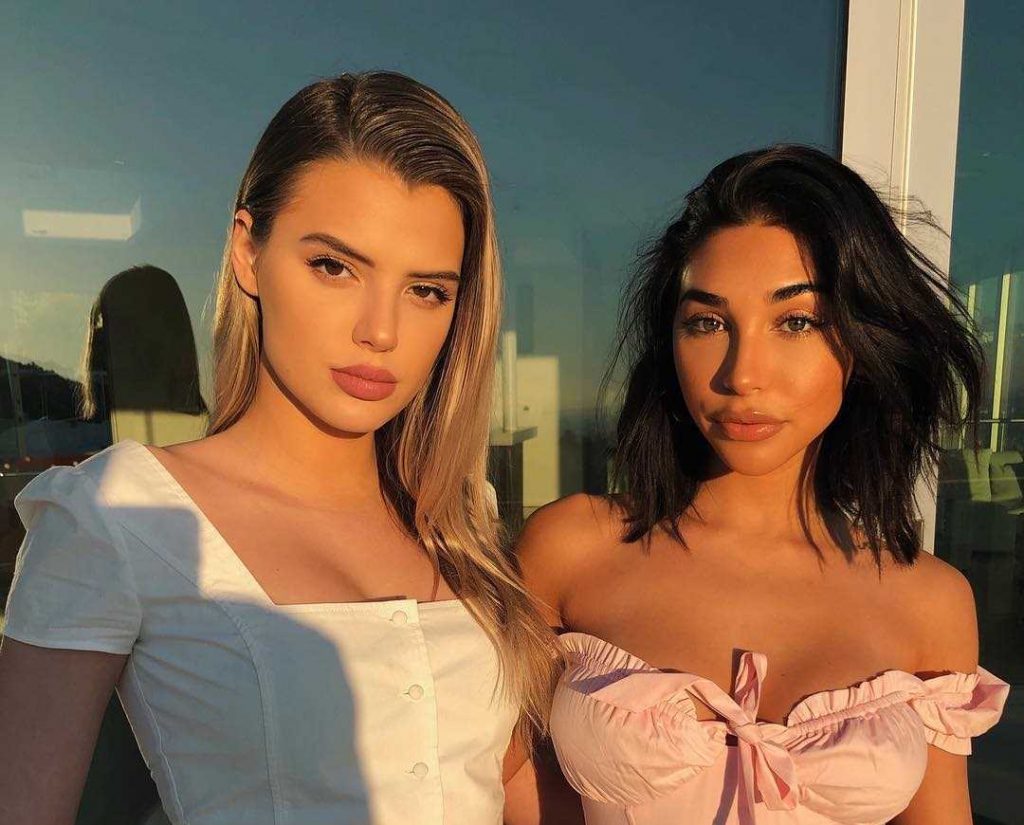 Violet (left) has released a string of Tweets suggesting why the pair’s relationship ended.

Although the dust had seemingly settled following the pair’s split, the model responded to a thread of Tweets on December 2, with the leading post captioned: “How did you find out you were being cheated on?”

In a now-deleted Tweet, Violet stated: “I was asleep upstairs with our dogs and he wasn’t next to me, so I checked our guest house and caught him naked in bed with a random girl.” 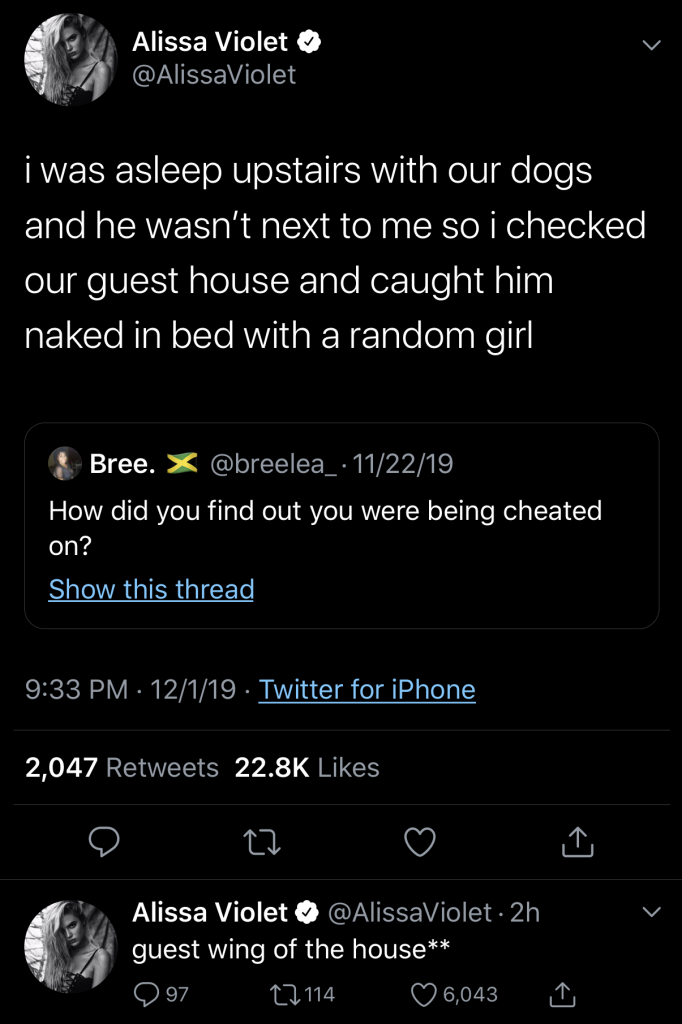 The actress’ reply appeared to be the catalyst for a Tweet from Banks, which stated: “I love you” and (on the surface) seemed to be related to Alissa.

Violet was quick to respond, with the first Tweet containing a screenshot of the pair’s iMessage conversation. In the text, she asked: “Did you ‘love me’ when you were hooking up with a random whore in our home?” 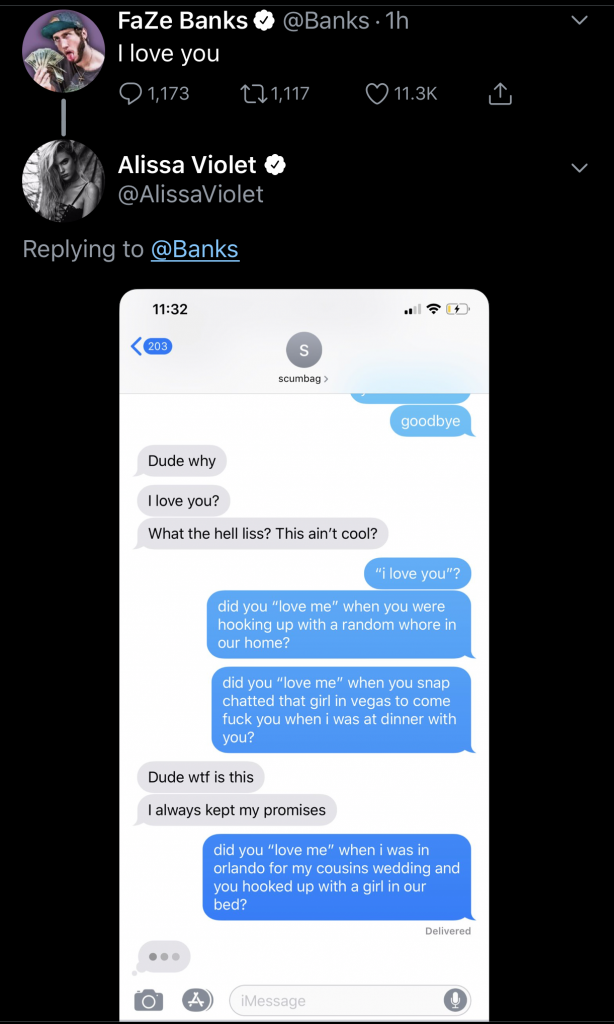 Banks subsequently responded with: “Dude WTF is this?” and a further message, stating “I always kept my promises.”

Violet replied in the conversation, prefacing each message with “did you ‘love me’…” and an allegation. Based on the iMessage screenshot, Violet claims that Banks Snapchatted a girl in Vegas to “f**k” him, alongside ‘hooking up’ with a girl while Violet was in Orlando for her cousin’s wedding.

Each subsequent Tweet was again prefaced with “did you ‘love me’… and a following message, with the 23-year-old publicly claiming that the FaZe star had been unfaithful multiple times during their time together.

In her string of Tweets, Violet also accused Banks of ‘breaking eight of her iPhones’ alongside “[smashing] in the back of Chantel’s window of her car…”

This follows recent reports that the FaZe co-owner allegedly caused $30,000 worth of damages after trashing a luxury Las Vegas hotel room back in October.

At the time of writing, Banks’ only response was in retaliation to a comment made by Violet about how taking care of the pair’s dogs was “too much” for him.

He stated: “I couldn’t take care of them? I want them to have a good life?” before questioning why the pair were toing and froing online, for the world to see.

Currently, the above are all unproven accusations made by Alissa Violet. Without an official statement or response from Banks, it is unclear whether her claims hold any substance.