After recent leaks hinting that a battle royale mode for Modern Warfare may soon be on its way, here are some of the top things we want to see added to the potential Call of Duty survival mode.

Since it was leaked that Modern Warfare would be releasing a massive 200-player battle royale game mode, many fans have been wondering what to expect for the second Call of Duty BR.

The leak also claimed that the developers would be putting their own twist on the classic survival game mode with new respawn tokens that allow players to fight their way back into the arena after being eliminated.

Although it is likely we will see some new features added such as the one listed above, we have compiled a list of some of the top things we want to see from a battle royale mode.

With the release of Blackout in Call of Duty: Black Ops 4, fans were able to return to some of their favorite map locations from Treyarch’s popular series and experience them in a battle royale setting.

As the Modern Warfare series also boasts an impressive list of iconic Call of Duty multiplayer maps, it would only be right to see some of the fan-favorites return in the leaked battle royale mode.

Some of the standout maps from Infinity Ward’s past titles would include the likes of Rust, Terminal, and Highrise, all of which would be worthy additions as points of interest.

However, according to the leak of the upcoming BR, there have already been some locations that have been named and they suggest that fans can expect to see some rendition of Quarry and Overgrown in the arena. 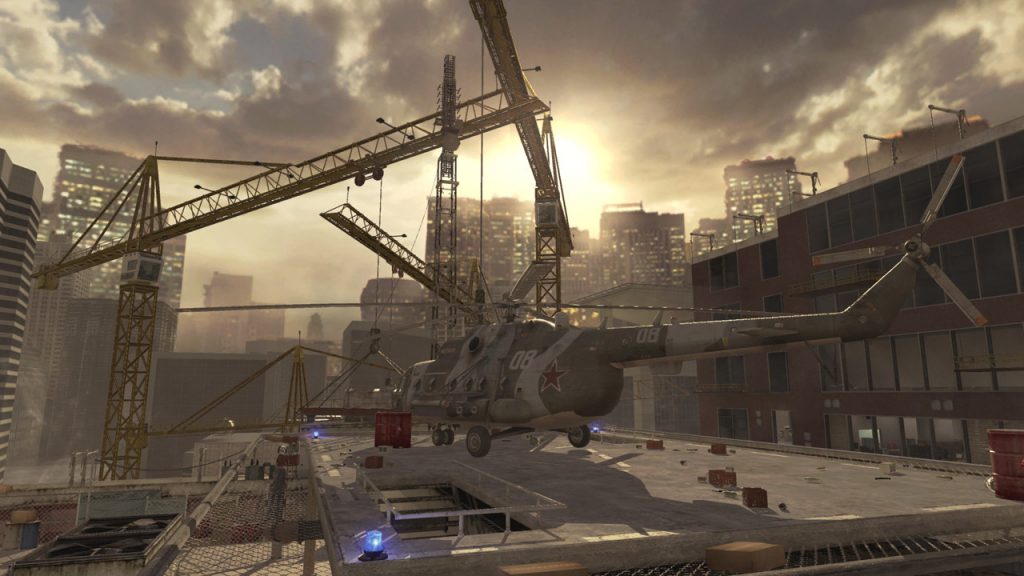 Highrise is one of the most iconic Call of Duty maps of all time.

Weapons are an integral part of a Call of Duty title and although many of the iconic guns were brought back for Modern Warfare’s multiplayer modes, there are still a few notable ones that could be added in the upcoming battle royale.

Classic guns from the series, particularly in the sniper rifle category, such as the Intervention from MW2 and the M40a3 from CoD 4 would make the mode that much sweeter for long-time fans of the franchise.

One thing that the developers of the Modern Warfare BR could consider is the introduction of weapon tiers, as seen in games like Fortnite, making some of the most overpowered guns harder to find or only making them available through supply drops in-game.

The Intervention could be making its return to the Modern Warfare series.

Many Call of Duty multiplayer fans often like to keep track of their progress and achievements in online multiplayer matches and it is no different with hardcore battle royale players.

Although the release of Call of Duty’s inaugural battle royale mode Blackout received a lot of praise, one thing it was missing was leaderboards that displayed who held each record for highest kills in a single game on the survival mode as well as the career wins and kills that it tracked.

If leaderboards are introduced alongside the leaked Modern Warfare BR, keeping track of all of the high-kill records in one place is definitely something that fans of the game would appreciate, as without much proof there can be many disagreements over who holds the top spot. 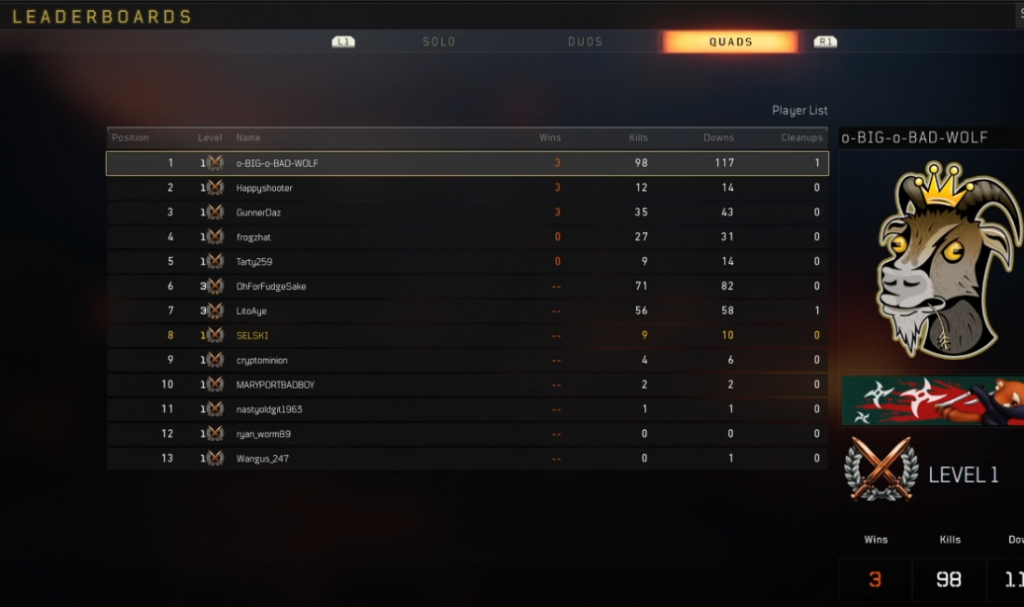 Blackout’s leaderboards did not keep track of high kill records.

Nearly all gamers have experienced both good and bad moments where they were left confused over what had just happened to them in-game.

Whether it was a near-impossible play you managed to pull off to clinch a victory or if you experienced a bizarre bug that caused your character to die, any battle royale wouldn’t be complete without a replay mode to relive some of those intense moments.

There have been replay modes available in the past for certain Call of Duty titles, although, judging from the lack of theatre mode in Modern Warfare’s multiplayer, it is unlikely that we will see the option of viewing match replays added alongside the battle royale mode. 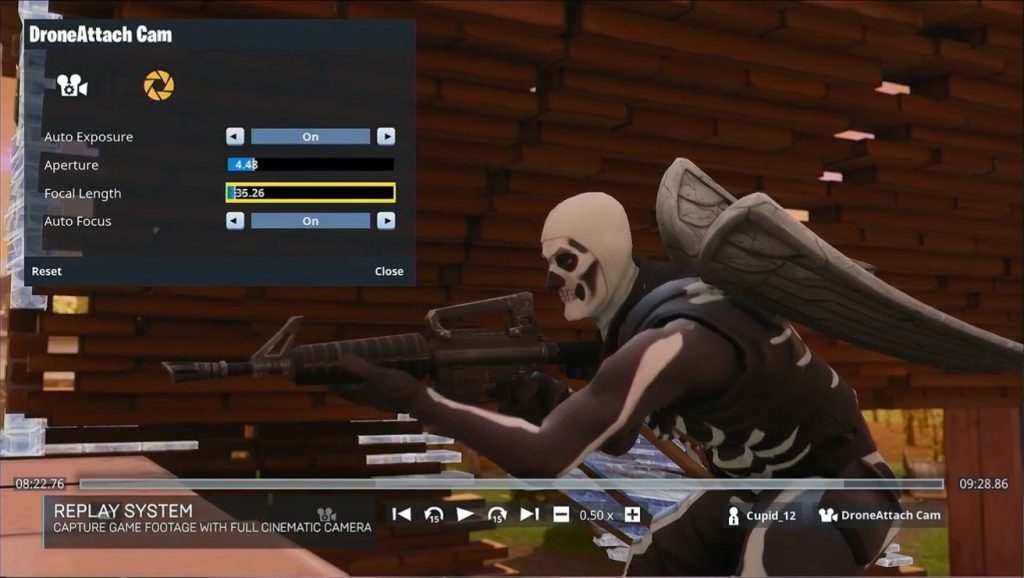 Epic Games has also integrated a replay mode into Fortnite.

Many battle royale developers try many innovative ways so that the players’ experience with their games doesn’t become stale and repetitive.

One element that could be added to the potential Modern Warfare BR would be to introduce dynamic map elements and weather that could affect the course of the game such as adding Fog in certain locations or harsh winds that can affect a player’s movement speed.

With the addition of the Night Vision playlist in multiplayer and the unique gameplay that it brings, it could also be interesting to see players having to adapt their playstyle to the time of day which would change over the course of a game if it is considered for the battle royale. 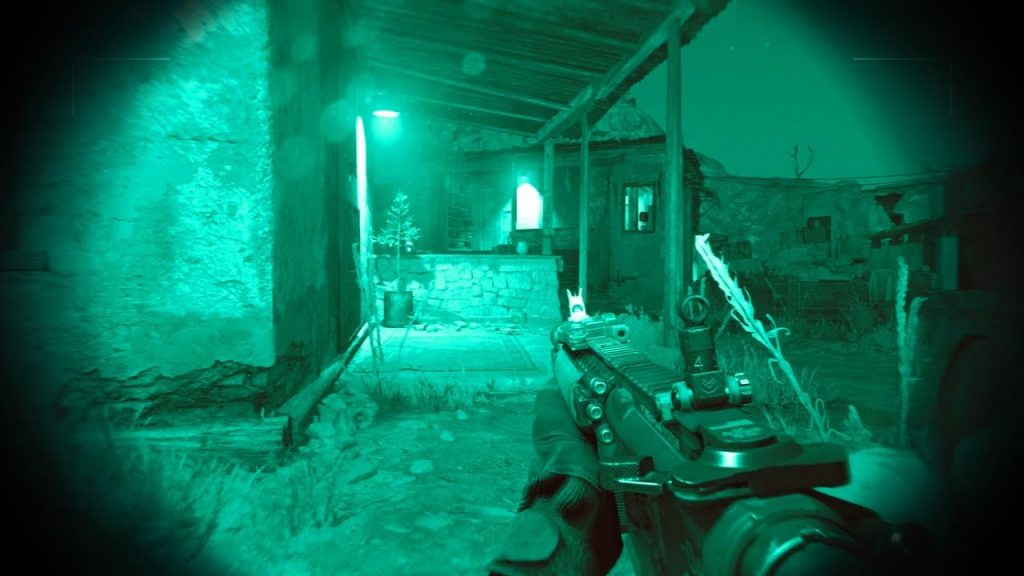 Modern Warfare has introduced a night-vision playlist in multiplayer.

Although the above suggestions are among some of the most requested from the community, there are a few other features that are worth noting that could benefit the leaked game mode.

Introducing a ‘best play of the game‘ feature, that would play for all those remaining in the lobby after the game comes to its end could reward those who enjoy high-risk gameplay.

It goes without saying that they should use their cross-platform capabilities with the battle royale mode too, after its success in regular multiplayer.

However, although Activision revealed they would have an aggressive post-launch content plan for Modern Warfare, nothing has been confirmed from the developers if or when to expect another CoD battle royale.