Call of Duty developers Infinity Ward have finally given players some hints as to when League Play will be available in Modern Warfare.

With the release of the highly-anticipated Modern Warfare title less than two months away, players are getting to learn more and more about Call of Duty’s 2019 installment.

One topic that has started to come up more frequently is League Play – the ranked branch of Multiplayer that features the same official competitive ruleset used at esport events.

League Play was brought up when a couple of developers from Infinity Ward sat through a Q/A session with GameInformer recently.

“Will ranked play be available at launch?” asked one fan through an online submission. 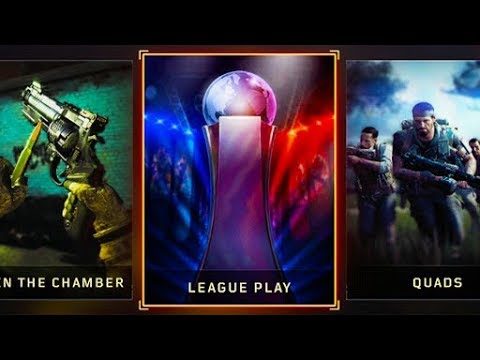 Black Ops 4 players had to wait five months after launch to get League Play.

At this point, the developers looked a bit unsure as they gave an answer that was neither here nor there at first.

“I don’t know about that one,” he said. “That’s something that’s really important to us, and we’re working on, but as we’re finishing up the game, we’re figuring out what’s on it and what’s not.”

Then came perhaps the most telling portion of their response: “We have a pretty aggressive post-launch plan. So we have a bunch of pieces we can play with, but we don’t know what’s going to be on it yet.”

While Infinity Ward’s answer wasn’t all too revealing, many have interpreted them bringing up the “post-launch plan” as a bad sign for League Play’s chances of being in the game right from the start.

That would obviously be disconcerting and frustrating for players, who had to wait five months after the release of Black Ops 4 for Treyarch to finally add the ranked mode.

That said, no one knows anything right now for sure, so there’s always the chance that Infinity Ward may end up having a pleasant surprise for competitive players when Modern Warfare hits shelves on October 25, 2019.