Modern Warfare to clean killfeed and fix tanks in next updates

Infinity Ward developers for Call of Duty Modern Warfare have confirmed that the next series of updates to the multiplayer shooter will focus on cleaning up the cluttered killfeed and nerfing the tanks in Ground War.

One step at a time, Modern Warfare developers are slowly but surely patching and fixing the problems. In just the past week, as of November 14, the developers released two updates in 1.07 and 1.08, and are already talking about what their next fixes will be.

David Mickner, a multiplayer designer for Modern Warfare, confirmed that the next update would feature a major alteration to the current feed. The feed will no longer have messages that say which players were promoted, saved, or avenged.

This upcoming pass removes prints to the obit such as: 'Player promoted', 'avenged you', 'saved you'.

Collats with bullets on the same frame will go back to the classic feed. The penetration icon will show on single kills.

Also, the feed for collateral kills will be adjusted to a more classic feel to reduce clutter. The news prompted tons of positive responses from MW players, most notably ones who primarily play sniper classes.

Most recently, the Modern Warfare devs nerfed the 725 shotgun and the claymores, two weapons that sported high usage rates that were frustrating the majority of the MW community. But the 725 may have inadvertently been made even more powerful.

While the 725 is rumored to be nerfed again potentially, director Joe Cecot acknowledged that the tank in Ground War needs a spot on the nerf list as well.

We need to nerf the tanks a bit

Currently, the tanks run with limitless ammo and no way of running out of fuel, and certain maps in Ground War allow for tanks to camp along the mountainside and shell the spawn points relentlessly.

Rocket launchers seemingly have little effect, and several fans are clamoring for a nerf of some kind, preferably to blast radius or fire rate. Some fans are suggesting boundaries for where the tank can go, or a fuel system so it can’t run forever. 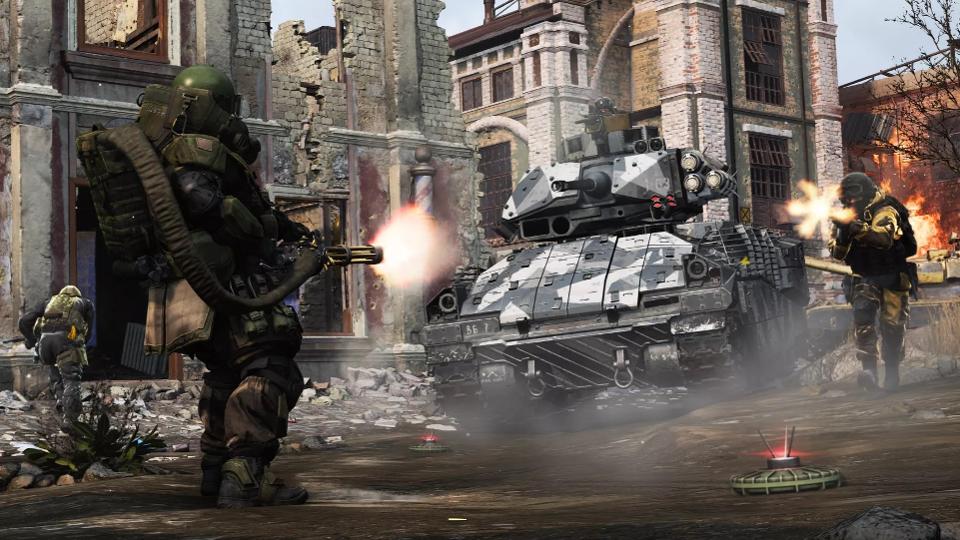 A promotional shot of Modern Warfare featuring the nefarious tank

Cecot also noted that a fix to collateral sniper shot themselves could be coming shortly.

Cecot and the MW team have been very busy the past few weeks fixing several issues with the game, including the previously mentioned 725 shotgun and claymores, weapon balancing, footstep and chatter noise, and more.

Several of those issues have been called out by pro players, who will be the focus of the Call of Duty League when it kicks off in January.