One of the bugs discovered in Call of Duty: Modern Warfare allows players to unintentionally spot enemies through deployed smoke grenades.

While Infinity Ward has already released numerous updates to address many of the issues Modern Warfare players have found since the game release, more potentially game-breaking bugs are being discovered that could ruin some fans’ multiplayer experience.

One glitch that players have been recently taking advantage of in Modern Warfare allows players to spot enemies through smoke grenades, and pick up easy kills on unsuspecting opponents.

This bizarre bug was shared by Reddit user, ‘adelinebotanica’ who tested out the extent of the glitch in a custom match and highlighted just how devastating it could be. 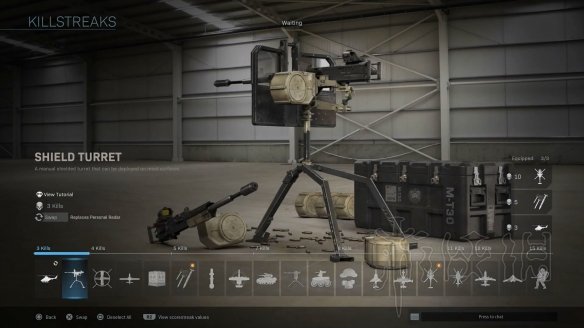 The Shield Turret is one of the easiest killstreaks to earn in Modern Warfare.

The game-breaking bug requires players to make use of one of the more attainable deployable killstreaks, the Shield Turret, which can be earned after picking up just three kills in a row.

Despite the fact this killstreak is considered by many to be one of the weaker ones available, with the help of this unintended function it could easily net players some free kills if positioned correctly in the safety of a smoke grenade.

Although the sight of the deployable weapon is unable to look through the smoke, each of the shielded glass panels on the sides of the turret seem to completely disregard the effects of the tactical grenade on the map.

BUG: The SHIELD TURRET can see through Smoke from modernwarfare

With the help of the shielded panels allowing players to look through a large portion of the smoke, the user could have a pretty good sense of when the enemies are crossing into their fire when using the turret.

However, even with the help of this unusual bug, there are limited spots on many multiplayer maps in Modern Warfare where players could best take advantage of the Shielded Turret, which is why it was considered to be one of the weaker killstreaks in-game.

The turret glitch could be considered especially powerful in this Call of Duty after IW revealed that thermal scopes could not look through smoke for the first time, whereas previous titles would have provided an easy counter to players abusing the bug.

It is unlikely that this bug will be in the game for much longer, as Infinity Ward has been quick to fix many of Modern Warfare’s problems so far since launch, and have taken a lot of feedback into consideration.