Mojang continue to pump out Snapshots ahead of the V1.14 Update, and the 19W08A snapshot introduces a new item alongside some major improvements and bug fixes.

Minecraft snapshots are a way for fans of the game to test out potential new items, blocks or mechanics that could be coming to the game in the near future, while giving Mojang a chance to assess the additions once they’ve been in the hands of the player-base.

Last week’s 19W07A snapshot introduced a new furry friend to the Minecraft landscape, as foxes appeared around the Minecraft map for the first time. While the 19W08A snapshot doesn’t feature any major new additions, it does bring quality of life improvements that will be music to the ears of fans of the sandbox title.

One of the biggest introductions in this snapshot is the new Leather Horse Armor, which can be used to protect your steed while you roam around your world. Mojang also updated the invisibility potion to improve its effectiveness, meaning you’ll be able to sneak around without any chance of anyone spotting you.

Elsewhere, Mojang ensured that one Iron Golem will now always spawn in every village in your world, while also fixing an issue with foxes that was causing them to drown when they attempted to swim in water. 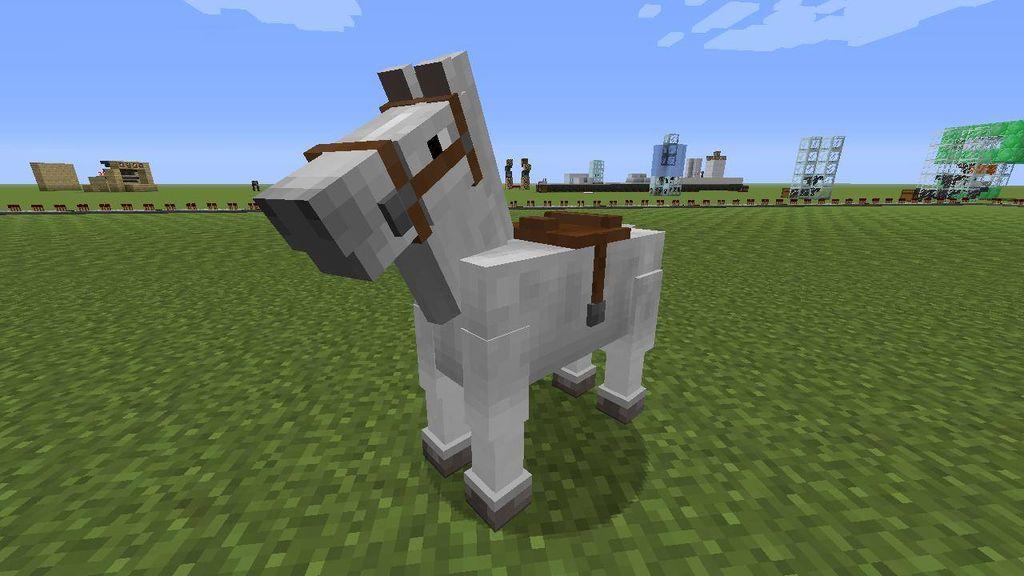 Minecraft players will soon be able to put leather armor on their horses.

The 19W07A snapshot also includes a number of other bug fixes, including fixes to mobs and block-placing.

You can read the full Minecraft 19W07A snapshot patch notes below.

We’re slowly entering the “bug fixing and polishing” phase of
the 1.14 Village & Pillage update, but that didn’t stop us from
sneaking in a few cool features like Leather Horse Armor (it’s
dyeable!), making Invisiblity Potions actually useful in survival, and
best of all… wait, oh dear, I’ve forgotten what that last thing was.
Oh well, it’ll come to me later.

To install the snapshot, open up the Minecraft Launcher and enable snapshots in the “Launch Options” tab.

Snapshots can corrupt your world, please backup and/or run them in a different folder from your main worlds.