Twitch star Alinity is at the center of a viral video showing her banning someone for playing a simple prank on her, but the streamer hit back against the claim.

Alinity has been an easy target for trolls in 2019. From the cat throwing incident to clips involving her other pets, the popular Twitch streamer has given the internet a ton of fodder for memes and the like.

As the year is winding down, the longtime streamer will want to put 2019’s low points behind her, but it might prove to be difficult as more audiences come to know her solely for her mistakes. 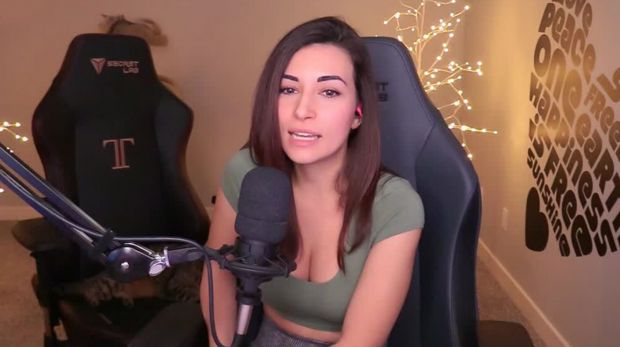 The Twitch streamer has been behind mounting controversies that’s fueled the memes of many trolls.

In a December 24 video, an editor for The Mob ‘JhbTeam’ stitched together a montage of the time he played a small trick on Alinity during her stream.

He ended the clip with images suggesting Alinity had banned him following the prank he played on her for some quick laughs among his followers.

But that’s when Alinity chimed in to debunk the video, questioning JhbTeam’s motives while showing the unedited interaction between herself and the editor.

The clip is uneventful, as Jhb’s set-up and punchline show up in Alinity’s Twitch Chat then simply go by; the latter unnoticed.

Alinity’s attempt to deny the questionable ban while clearing her name of pettiness backfired with Jhb crafting another meme to shut down the streamer: “Don’t care, didn’t ask. Plus you threw your cat.”

While the original cut of Jhb’s “ban” instantly went viral, the followup roast hit the same notes with his audience, getting over 2,000 likes in about an hour.

In the months following her controversies, Alinity has received flak from all corners of the streaming space. Even Mixer star Ninja got in on the trend, referencing the times she threw her cat and fed her pet vodka.

“If you’re a cat-thrower, Twitch is the place for you,” Ninja said. “‘I don’t always throw my cats, but when I do, I prefer to wait until after I’ve poured vodka in its mouth.”

Since the fallout of the clips involving pets, Alinity was investigated by the SPCA but nothing materialized – though that hasn’t stopped the memes from flooding in.