A casino Twitch streamer was trolled hard by his chat as he attempted to speak Italian with a card dealer in an online game.

On December 23, Mathias Joelsson of the CasinoDaddy channel asked his stream how to wish the Italian woman a Merry Christmas. However, with Twitch chat being Twitch chat, they decided to trick the streamer into saying more than he wanted.

As he repeated the translation provided, the dealer became visibly shocked and stunned before eventually laughing at the absurdity of his statement.

“Why is she laughing, chat?” Mathias asked as his viewers spammed LUL emotes.

“You f**ked up,” one wrote, prompting the casino streamer to open up his translation and show what he said to the Italian woman.

“Hey, this is what I said!” he began as he pulled up Google Translate. When looking at the Italian to English translation, the streamer realized how he got trolled hard by his own viewers.

As it turned out, the Twitch streamer actually told the woman, “Hi Miss, Merry Christmas and nice t*ts.”

This didn’t sit very well with Mathias who scolded his chat, asking “what the f**k?” 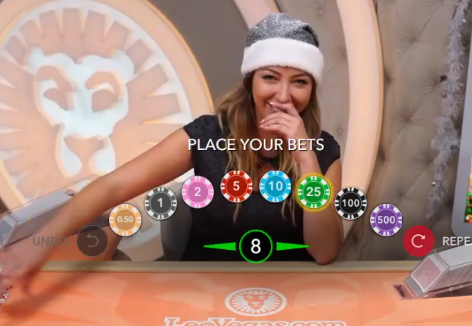 Still filled with embarrassment, the streamer tried to find another game to play, but continued to voice his frustration with Twitch chat.

“We had a good time. Why you gotta f**k everything up, chat?” he asked. “You love to troll me, man. I don’t know what she responded, but she was laughing at least. Let’s focus now.”

While the woman at the table was definitely shocked, Mathias was right that she was laughing, so maybe he would be able to explain the unfortunate series of events if he ever ends up playing at her table again in the future.