In what has been one of the longest build ups to any Pokemon Go event in recent history, Team Rocket bosses have been teased ahead of their inevitable addition to the game.

Team Rocket were introduced to Pokemon Go in July 2019 and it wasn’t long after, that their boss, Giovanni, was also being teased. A few months have passed since then however, and other than the introduction of a few more Shadow Pokemon, Team Rocket have remained fairly consistent in the game, continuing to overtake PokeStops sporadically.

It looks like that is all about to change though, as Professor Willow has reported encounters with two of the three Team Rocket bosses previously teased. In reports that are coming two days apart, Team Leaders Blanche and Spark have encounter Cliff and Sierra, respectively.

This almost certainly seems to be the inevitable backstory before all three Team GO bosses are officially unveiled. Presumably an encounter with the remaining boss Arlo will come on October 30. 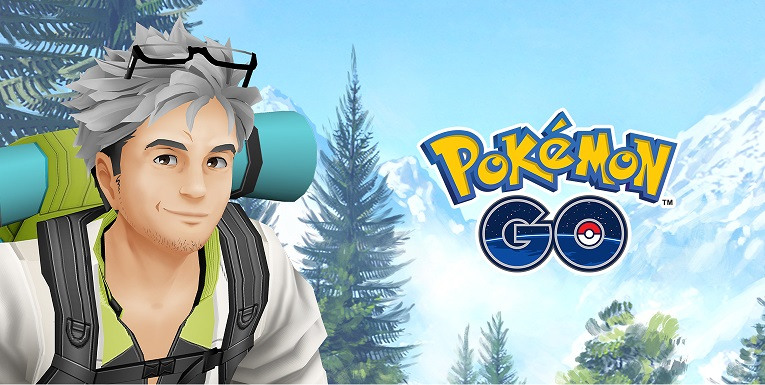 His first report focused on a glass screen which radiated a purple color. “I’ve been working on something in my lab with the help of the team leaders, and I think we might be able to use these components to track down where Team GO Rocket is hiding,” the first part of the report says.

The second report is based on a prototype that combines all the mysterious components together which has been dubbed a “Rocket Radar”. Does the Professor allude to what’s upcoming when he says: “I know we can uncover where the Team GO Rocket higher-ups are hiding.”

⚠️ Incoming Willow Report: The first of many cliffhangers ⚠️ :snowflake:️ While testing the Rocket Radar, Blanche and Professor Willow ran into one of the Team GO Rocket Leaders—Cliff! :fearful: Will Blanche keep cool? Find out: https://t.co/OeAGDLvMKN #TeamGORocket :rocket: pic.twitter.com/TNifj3tY62

Blanche the first leader to encounter a Team GO Rocket boss who became visibly upset. “A muscular man with a distinct Poké Ball beard design, approached us. Cliff, just as he appeared in the corrupted files on my computer. His first words were a warning that we were “encroaching on Team GO Rocket territory.” His demeanor was just as stern and intimidating as his photo.” Interestingly he was reluctant to battle either Blance or Professor Willow.

The October 28 update reported an encounter between Spark and Sierra. The Team Instinct leader was out trying to save eggs when Sierra appeared and mocked his rescue efforts. “Spark told me that Sierra’s presence seemed different from the Grunts he’d encountered. He wasn’t intimidated by Team GO Rocket Grunts, but he felt small in Sierra’s presence. The way she spoke and moved gave off a sense that she had years of experience and training that outmatched his own,” Professor Willow reported.

It makes sense for this Rocket Radar to finally be the tool needed to locate these Team Rocket higher ups. It has also been suggested that that the forthcoming Team Rocket update could come with a custom arena for battles and new combat music.

Looming in the Shadows finally coming?

This coincides with the Looming in the Shadows special research quest leak from October 5. Tellingly, leaked research tasks from this presumably upcoming quest, include “Defeat Team GO Rocket Leader” and “Find the Team GO Rocket Boss”.

Once Niantic get the ball rolling on a new update, as indicated with the two reports Professor Willow has shared, the changes are thrust upon us pretty quickly. We could see the latest progression in the Team Rocket saga as soon as the weekend — what exactly that will entail remains to be seen, however.