What does GTA Online’s “this feature is not available now” Casino error mean? - Dexerto
GTA

What does GTA Online’s “this feature is not available now” Casino error mean?

GTA Online players have been left stumped by a new problem that is denying them the chance to win big money at the newly opened Diamond Casino.

After years of waiting, GTA V players were finally able to walk through the doors of the in-game casino after Rockstar launched the Diamond Casino and Resort on July 23.

Players have already set about creating chaos in the surrounding area, grabbing previously unclaimable vehicles, and even taking as many spins as they wish on the lucky spin wheel. However, some fans aren’t even able to do that. They might be able to fling open the doors of the casino, but they aren’t able to spend their hard-earned money on a night of slot machines and poker. 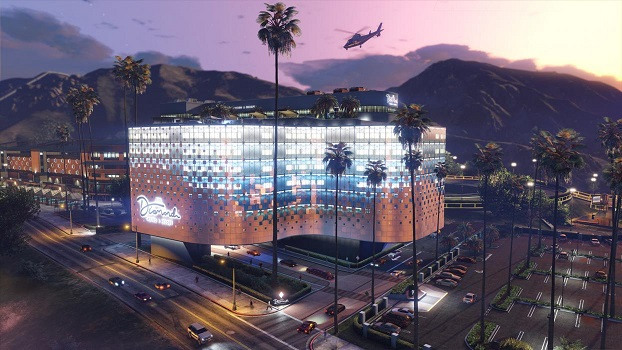 Having an in-game Casino has been on top of some GTA Online players wishlist for many years.

Members of the GTA Online subreddit raised the issue on August 1, noting that they are greeted with a message that denies them from spending money in the casino.

Despite being able to earn the daily free chips, have a spin on the lucky wheel, and watch their friends plunge themselves into debt, some fans in the US, UK, Canada, Germany, Sweden, and the Netherlands receive a “this feature is not available now. Please come back later,” in-game note.

Some countries are outright denied access to Casino features due to anti-gambling laws in their area, but those players are welcomed with a “This feature is not available to you,” message – which is different from the wider error.

“This feature is not available now. Please come back later.” – What we know from r/gtaonline

Of course, many fans have sought out help from Rockstar themselves, and the developers have been swarmed with requests for a fix, but have yet to issue a response.

“Numerous tickets have been submitted to R*, but as of my investigation, I haven’t seen any credible information of a response from them,” posted Redditor ohchimpanzeethat. “R* Support on Twitter is not responding to ANY of the questions posted.”

Players have resorted to their own attempts at fixing the issue – with the classic restarting of the game, joining a new multiplayer session, and even clearing their cache.

However, these have not fixed the problem and it has, instead, become a waiting game as some fans have noted that they’ve had to sit tight for up to a week before the issue resolved itself.

With a new content updated expected on Thursday, August 8, it remains to be seen if Rockstar has a patch to roll out that will solve the problem.

Until then, players will be left scratching their heads and wondering why they are unable to spend their in-game cash.