Rockstar Games recently added the Diamond Casino & Resort update to Grand Theft Auto Online after six years of waiting, and players have already turned it into a war zone.

With the Casino’s grand opening finally happening after a six-year wait, naturally there has been an influx of players gathering to the same spot, which had led to some mischievous people to take advantage of the situation.

What was supposed to be a place to relax and gamble all your hard-earned cash has quickly turned into a hot-spot for griefing. 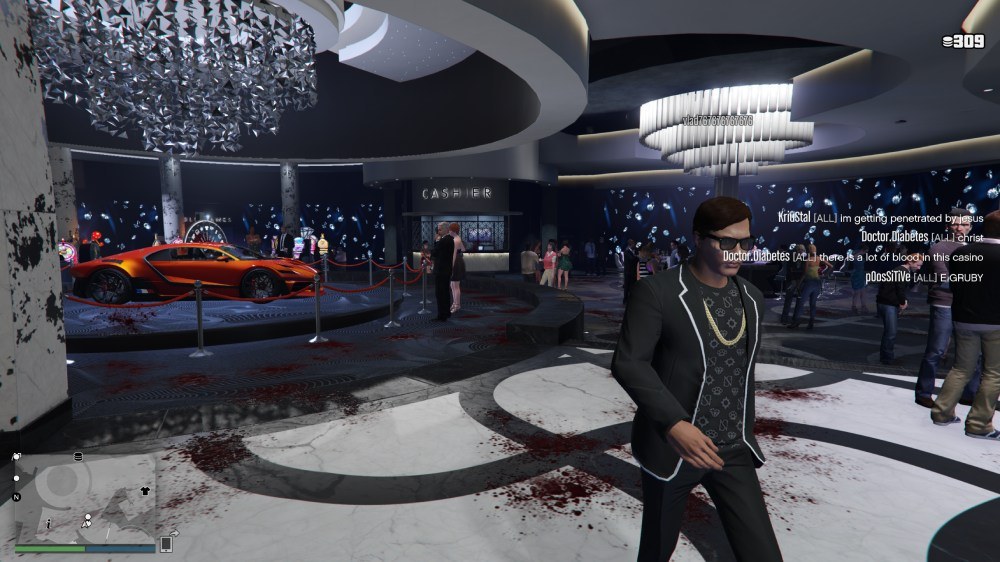 An example of the bloodshed at the Casino.
https://www.reddit.com/r/gtaonline/comments/cignuj/i_expected_there_to_be_less_blood/[ad name=”article2″]

The Casino is a danger zone

Players have been detailing their experiences of being attacked while trying to enter the building, which can only be described as constant mayhem.

In a clip posted onto Reddit by ‘BIG_FOO16‘, the player amusingly looks down from his penthouse as a literal war plays out in the Casino’s parking lot.

When players first visit the newly-opened Casino, they are met with a quick cutscene of the attendant letting their character into the door.

Hilariously, the scene was interrupted for one user on Reddit known as ‘velo6rapports‘ as the chaos spilled into the background, and made for an entertaining watch.

The warfare has spawned a whole host of memes online from players who don’t dare even set foot on the premises.

It is possible to endure the chaos though, as players can turn on ‘Pacifist Mode’ to avoid being affected. It hasn’t stopped people from turning the mess into as many jokes as possible, though. 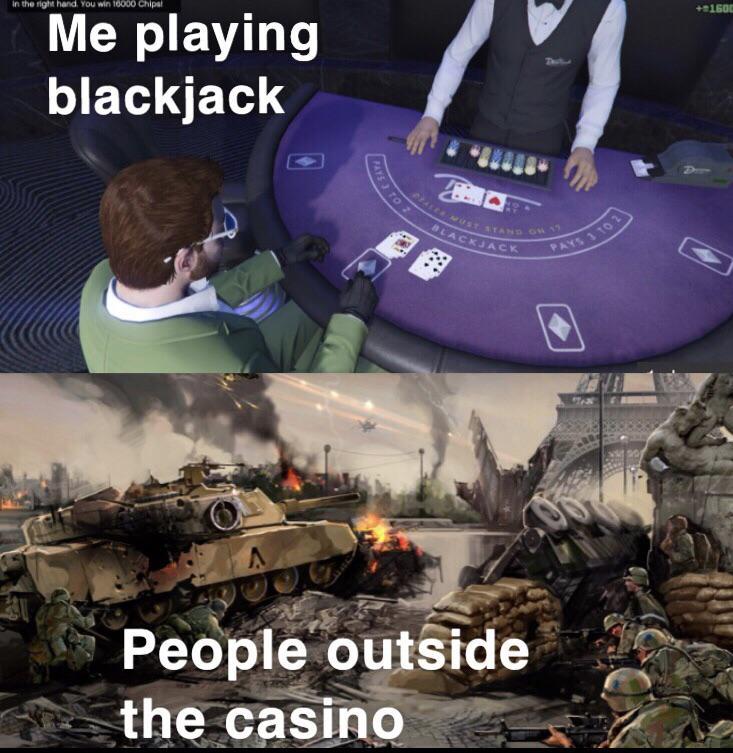 While players are able to opt out from being attacked by strangers, the entrance to the Casino is still a hot spot for those looking to cause mayhem.

Eventually the action will die down, but for now if you want to gamble, don’t be surprised if you see a tank and explosions by the entrance. It’s Grand Theft Auto – did anyone expect anything less?