With the release of the Diamond Casino & Resort DLC in Grand Theft Auto Online on July 23, players finally have a way to obtain the legendary Lost Slamvan, which was previously impossible to get.

For years, fans of Grand Theft Auto Online wanted the infamous Lost Slamvan, a low-rider van that was only previously playable in one of the Heist missions online.

The van has in one form or another also been featured in main story DLC titles such as ‘The Lost and Damned’ and ‘The Ballad of Gay Tony’. As a result, players have long been desperate to find a way to get it – and now they can.

How to get the Lost Slamvan

One of the main features of the new Casino is the ‘Lucky Wheel’, which allows players to spin it once a day for the chance of bagging a prize. The prize selection ranges from clothes, to money, and even vehicles.

If you are lucky enough to land on the vehicle slot, one of the cars you can win is the rare Lost Slamvan, which makes it the first time that it’s available outside of missions.

Before you get too excited, the odds of getting the Slamvan are still pretty slim. Getting a vehicle in the ‘mystery prize’ is close to 14.3%. And if you are lucky enough to even get that, you might get another car among the list of vehicles available.

Even if you manage to land on vehicle, the odds for the van are even lower at a 0.005% chance, making it still one of the hardest to get in the game. 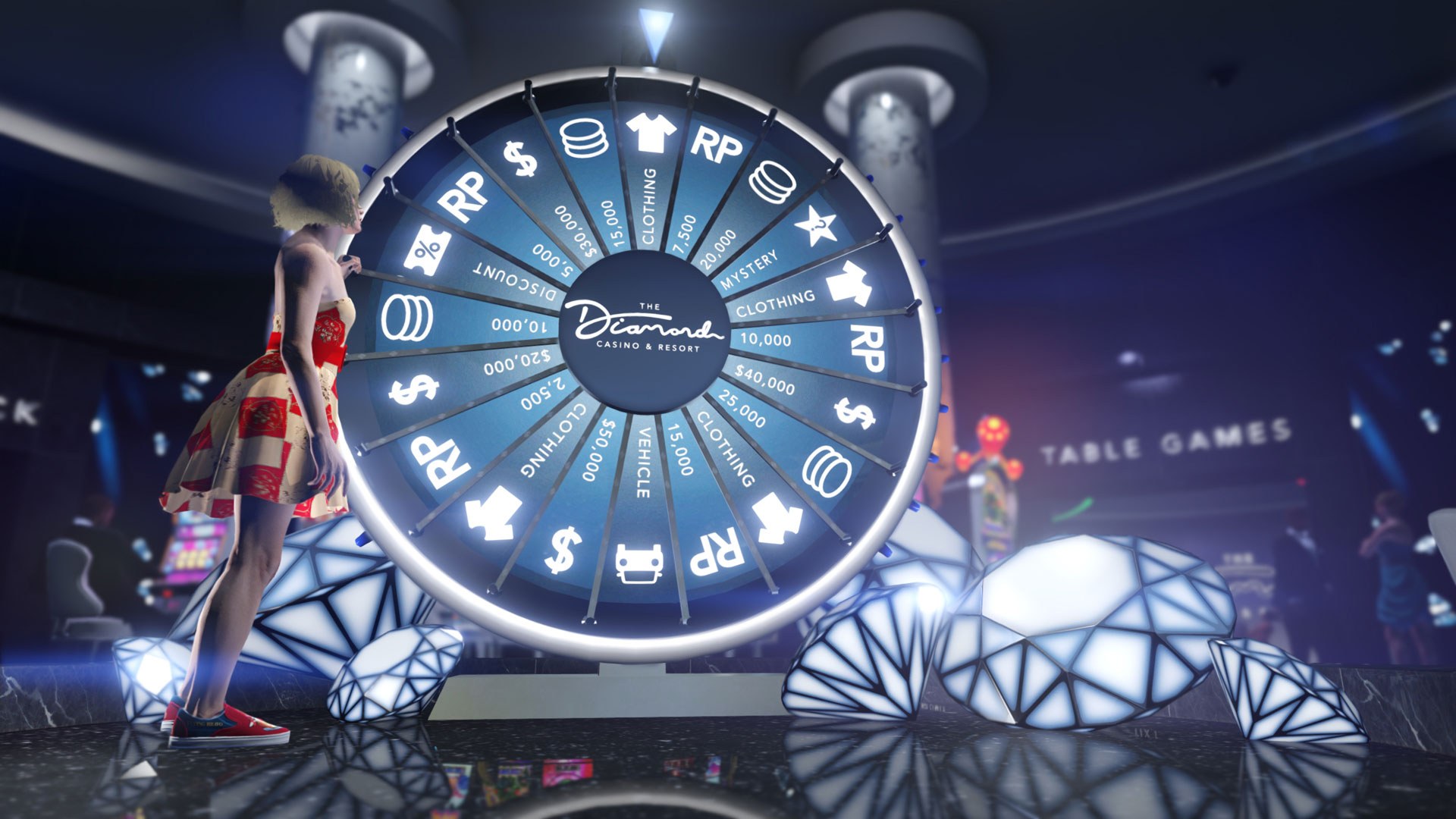 Players will need to spin the Lucky Wheel for a chance to win the van.
[ad name=”article4″]

Players are desperate to get it

Given the extremely low odds, some players are spinning the wheel for hours to try to win the vehicle after a sneaky exploit was discovered that involves closing your game as soon as you win a prize to reset it.

Some fans have even started to make memes about their desperation to get the van. Reddit user ‘xInfamousRYANx‘ made a post demonstrating players’ willingness to close the game over and over just to get another chance at winning the vehicle. 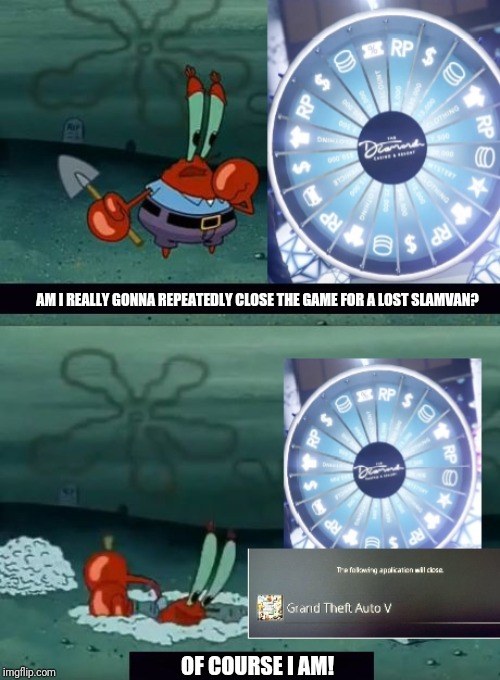 Players will stop at nothing to win the rare vehcle.
600https://www.reddit.com/r/gtaonline/comments/cimbg1/me_after_hearing_that_the_lost_slamvan_can_be_won/?utm_source=share&utm_medium=web2x[ad name=”article5″]

Despite the fact that the van is known to have extremely poor handling, the fact that it was once unattainable has made it the most sought out vehicle in the game.