UPDATE 03/01/19: EA have responded to reports that Ultimate Team’s Weekend League rewards and red player picks have been bugged for a number of players, revealing a timeframe in which we can expect to see the issue resolved.

FIFA 20 players have been grinding their way through all 30 matches in the FUT Champions Weekend League during the weekend after Christmas, but were given a huge shock when the rewards were made available.

There are different ranks that players can achieve in the Weekend League, with those who have recorded more than six victories in the game mode being able to pick one of a selection of cards.

The higher you rank, the more of these cards you can choose to keep as a reward. With that being said, after the rewards were released on January 2 – just like they are every Thursday – players couldn’t believe what had happened to their apparent red card picks. 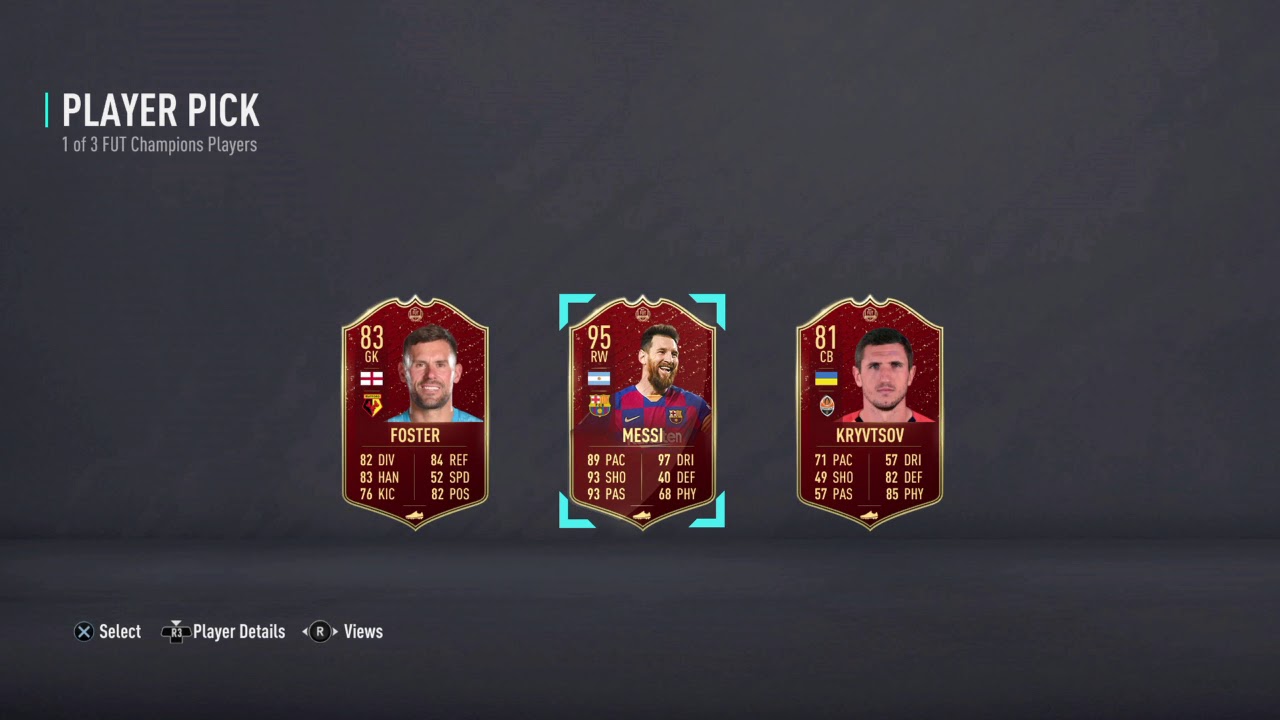 FUT Champs red player picks can include some of the best cards the game has to offer.

EA SPORTS’ online assistance Twitter account, EA Help, received a number of complaints regarding the picks, with members of the community claiming that instead of red in-form cards to choose from, they were simply being offered a bunch of regular cards.

One Twitter user, Aidan Wagg, tweeted: “Just loaded up FIFA 20 to open my FUT Champions rewards and instead of a red player pick I got normal gold cards. Can you help?”

@EAHelp just loaded up fifa 20 to open my fut champions rewards and instead of red player pick I got normal gold cards can you help it even says in the top left fir champion players pic.twitter.com/3BbFFQtcWb

Well even for FIFA this is a new one…. Red picks are just random players now? @EASPORTSFIFA @PlayStation pic.twitter.com/FucKblf77q

When will FIFA 20 FUT Champs players get their rewards?

The number of games and victories that players have to grind their way through during a weekend in order to obtain these rewards is grueling enough to turn some players away from the challenge. Those who haven’t yet been handed the correct prizes for doing so are understandably upset.

Thankfully for players left without their hard-earned red Player Picks, EA SPORTS have since addressed the issue publicly. The publishers have confirmed there was a problem and that the development team is working on resolving the issues – claiming the correct rewards will be granted within two days.

The official FIFA Direct Communications Twitter account tweeted on January 2: “Hey folks, we’ve begun to resolve the player Pick Rewards which contained incorrect Items. You can expect to get the correct Player Pick Rewards within 2 days. Thanks for your patience.”

You can expect to get the correct Player Pick Rewards within 2 days. Thanks for your patience.

It is unclear as to whether or not this rewards glitch has affected every player who took part in the Weekend League after Christmas, but one thing is for sure, a fix is now confirmed to be on the way.

Those affected by the problem would be advised to contact EA directly or monitor the situation on social media, via the EA Help or FIFA Direct Communications handles.