Finding the best formation to fit your play style could be a tricky task for any new FIFA 20 player as there is a lot to choose from, but we’ve rounded up some of the best seen so far.

The franchise’s latest installment hit the shelves worldwide on September 27 following three days of early access content, available in both the Champions and Ultimate editions – which came with bonus content of their own.

There are ample places to start on the new game as well, with the introduction of Volta Football, boosts to Career Mode, Ultimate Team, and even Pro Clubs has been given a long-awaited facelift. One thing that is crucial to success in most of these modes, however, is selecting a formation that’s perfect for you. 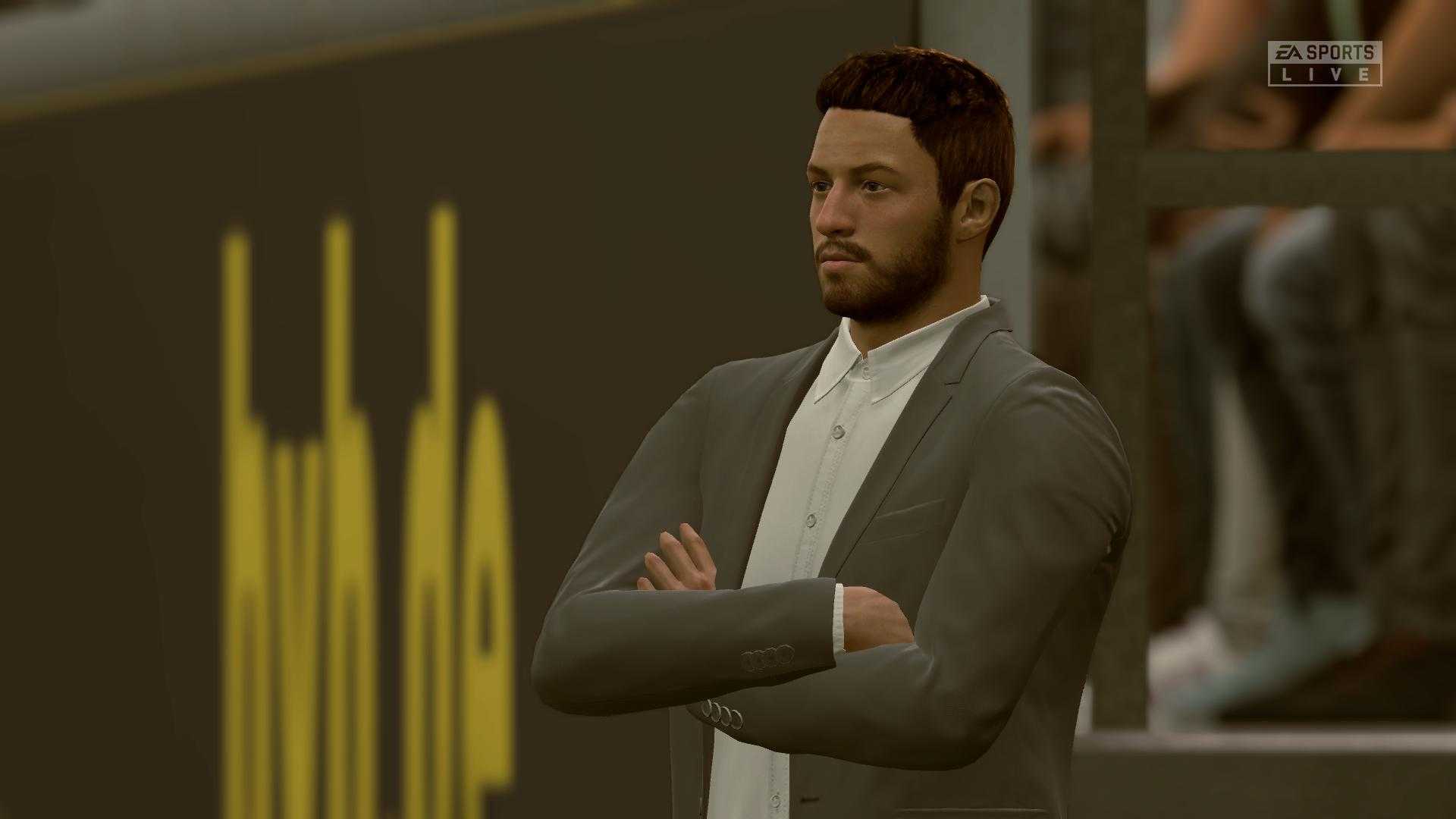 One of the most important managerial decisions for you in FIFA 20 is to pick a perfect formation.
[ad name=”article2″]

So, let’s take a look at four different play styles and the systems we believe would be well suited to that. Whether you see yourself as a counter-attacking, defensive, attacking, or even possession-based player, there’s something for everyone in FIFA 20.

Hit teams on the break

Football is a ‘beautiful game,’ those are the words of Brazilian legend Pele. Yet, not every way of playing is easy on the eye and some players enjoy having a solid base to build on, forming a strong defensive unit to make it tough for their opposition, and breaking upfield with speed.

For counter-attacking play, there’s no doubt that the three at the back formations – which have largely been redundant in the absence of unbelievable players in years gone by – appear to be really effective this time around. In particular, the 3-4-1-2 looks really strong. 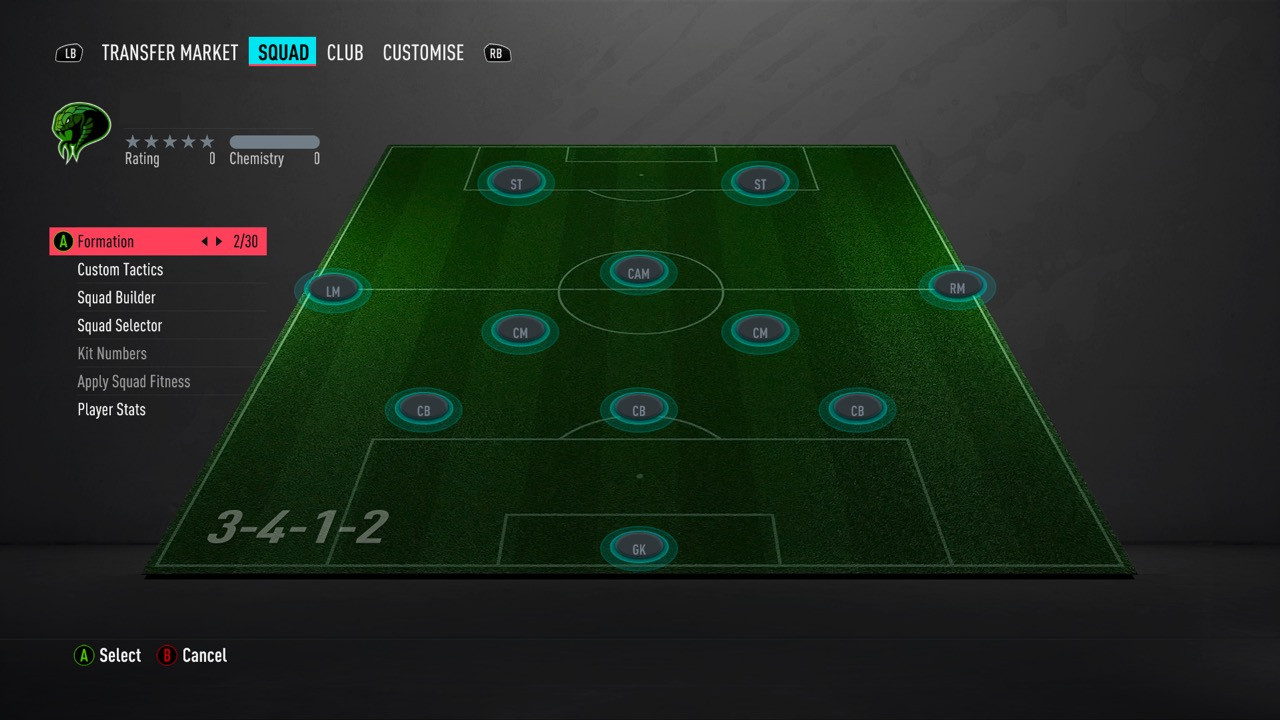 Just like every formation, you need the right profile of player filling the positions in order for this to be successful. Positions of focus here are the midfielders on the sides, defenders and midfielders.

If you set up with the 3-4-1-2, it’s imperative that you have speedy wide players in the LM and RM roles, preferably with good defensive stats. Their speed, regardless, should make them effective trackers of runs.

The two midfielders need variety. Pairing together one that can break up the play with another that has great passing is a good way to go. For the defenders, sprint speed between 60-75 would be ideal, with high strength as an added extra. 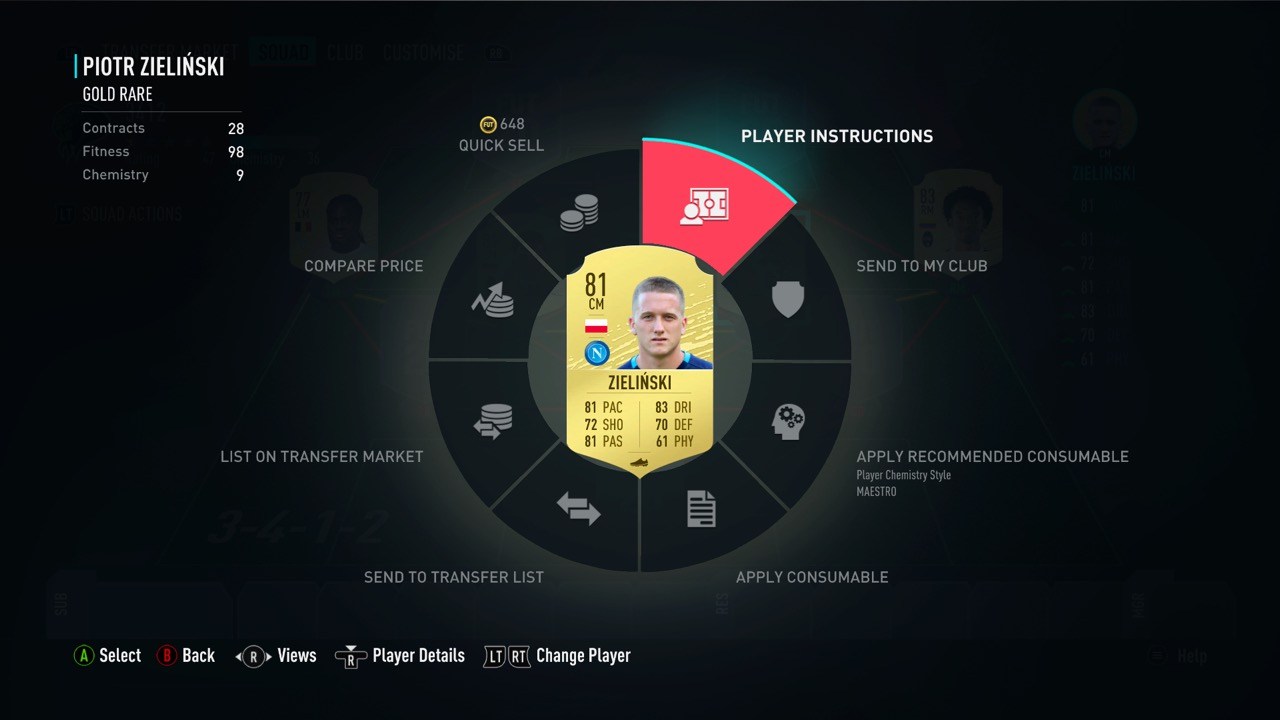 Adding player instructions can really help manage your team’s performance on the pitch.

Something that’s just as important as the formation and profile of players, however, is their instructions. If you want to counter-attack relentlessly, make sure the holding midfielders stack back when attacking to sure things up, while the wingers/attackers should be given the ‘run in behind’ instruction.

Depending on how often you would like to counter-attack, too, you can tell those flying wingers to overlap or sit deep. We would recommend the custom tactics be set to ‘press after possession loss’ and ‘fast build-up’ to make things happen in transitions.

Parking the bus, to many fans, might be seen as one of the oldest and simplest methods of closing out matches. It’s often coined as ‘the easiest way to play football’. Although, that’s not exactly the case in FIFA. 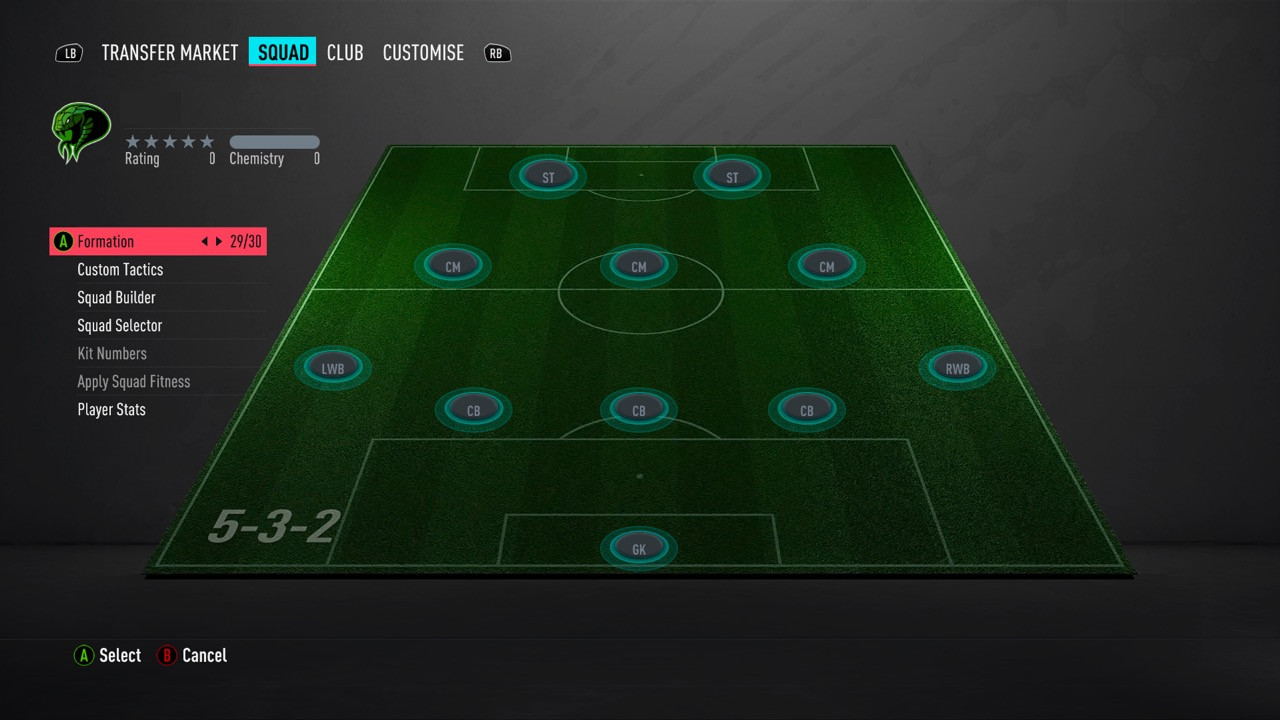 In terms of profile, you want your defenders to be strong, quick, and most importantly, shielded by midfielders that can chase the ball all day long.

Stamina is a crucial part of this formation as, ideally, you’re going to be the team soaking up pressure for most of the match, just waiting for your chance to pounce.

Living off one or two moments in a game might sound tough to deal with, but with tall players across the team and – of course – at least one dead-ball specialist, you’re always going to be in with a chance of spoiling another player’s night. 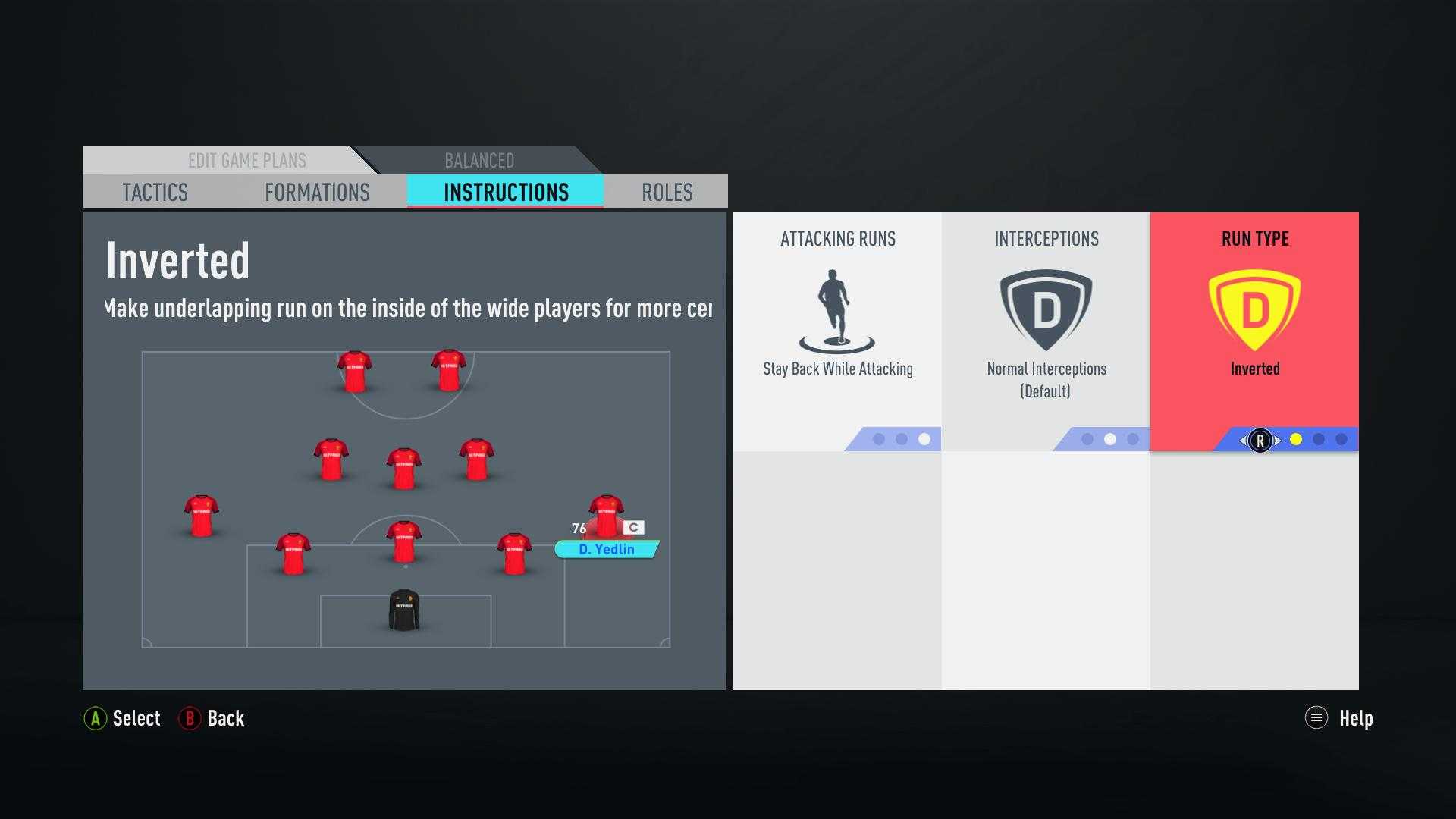 You’re going to need to get a grip of your full backs for this to be really successful.

For this one, you’re going to need your full-backs to remain tight in the line of defense, therefore it would be a good idea to choose ‘stay back while attacking’ and ‘inverted’ for their runs.

Dropping the team slightly deeper in the custom tactics could also be a way to go, selecting high volumes of players to arrive in the box for set pieces.

Free-flowing, high press, attacking football is possibly the most effective way the game can be played in real life right now and if you would like to replicate that in FIFA 20, there’s one formation that will be perfectly suited.

That formation is the 4-3-3. In previous years, most of the most effective setups have included forwards, such as LF and RF, but it seems like this formation is now the strongest to pen other teams in their own half. Plus, there’s also a good amount of wiggle room for tailoring it to your squad. 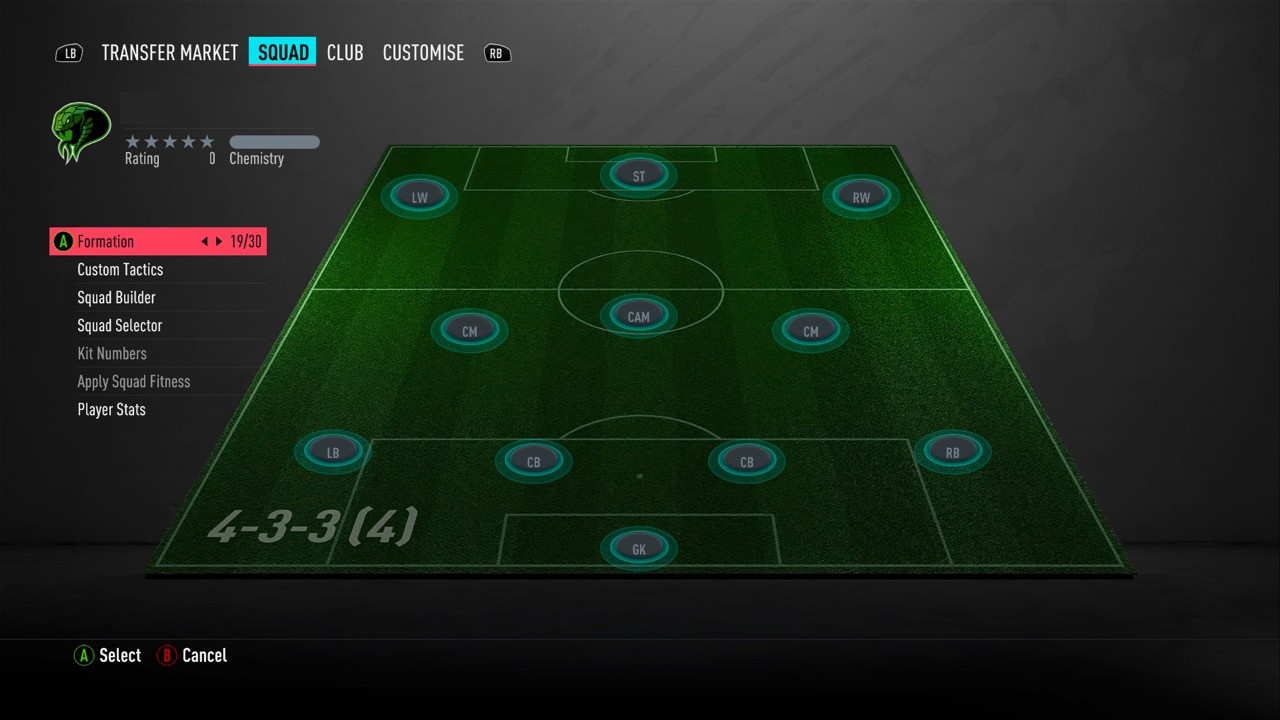 The 4-3-3 comes in five different variants, with some placing emphasis on defensive midfield players and others really providing a link between midfield and attack – which is just what you’re after.

4-3-3 (4) offers the usual back four, with two normal central midfielders and one attacking pivot in the middle of the park as well. In this system, the team can push forward in almost a diamond shape.

In terms of profile, you want two midfielders in CM who can travel from box-to-box, joining attacks, and getting behind the ball when the team is dispossessed. Slow operators in this midfield won’t survive long and nor will those with low stamina. Energy is key and the longer it lasts, the better. 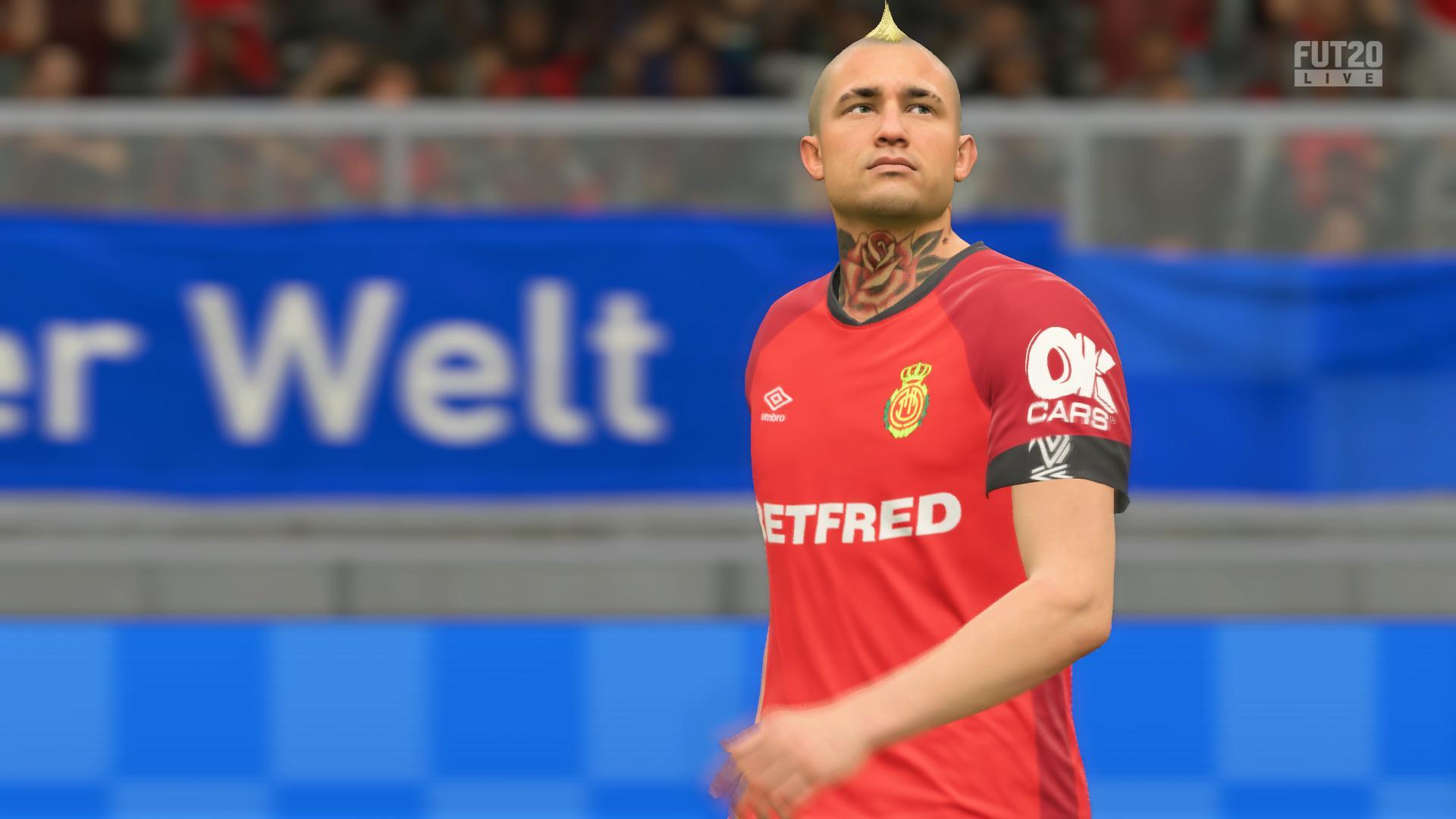 Radja Nainggolan is a great example of a box-to-box midfielder in FIFA 20 Ultimate Team.

Team pressing is an in-game function that can be selected as soon as you start every match and it really helps encourage the squad to put pressure on the ball, where possible. It’s advised to use this sparingly, but it’s highly recommended nevertheless.

Selecting player instructions such as ‘overlap’ on the fullback and for the attacking midfield to ‘stay forward’ will provide you with an option to pick a pass in most instances. You’re always going to have men free.

The famous ‘Tiki-taka’ football might well be the goal for some fans, to play like some of the great Barcelona teams. Although, that can’t be mistaken for endlessly passing around the back and going nowhere.

Incredible possession-based teams are made up of players that can take the ball in any position on the field and find their way out of tight situations, but it’s also having space created by off the ball runs. That’s what you’re going to get from the 4-5-1 formation in FIFA 20 – without doubt. 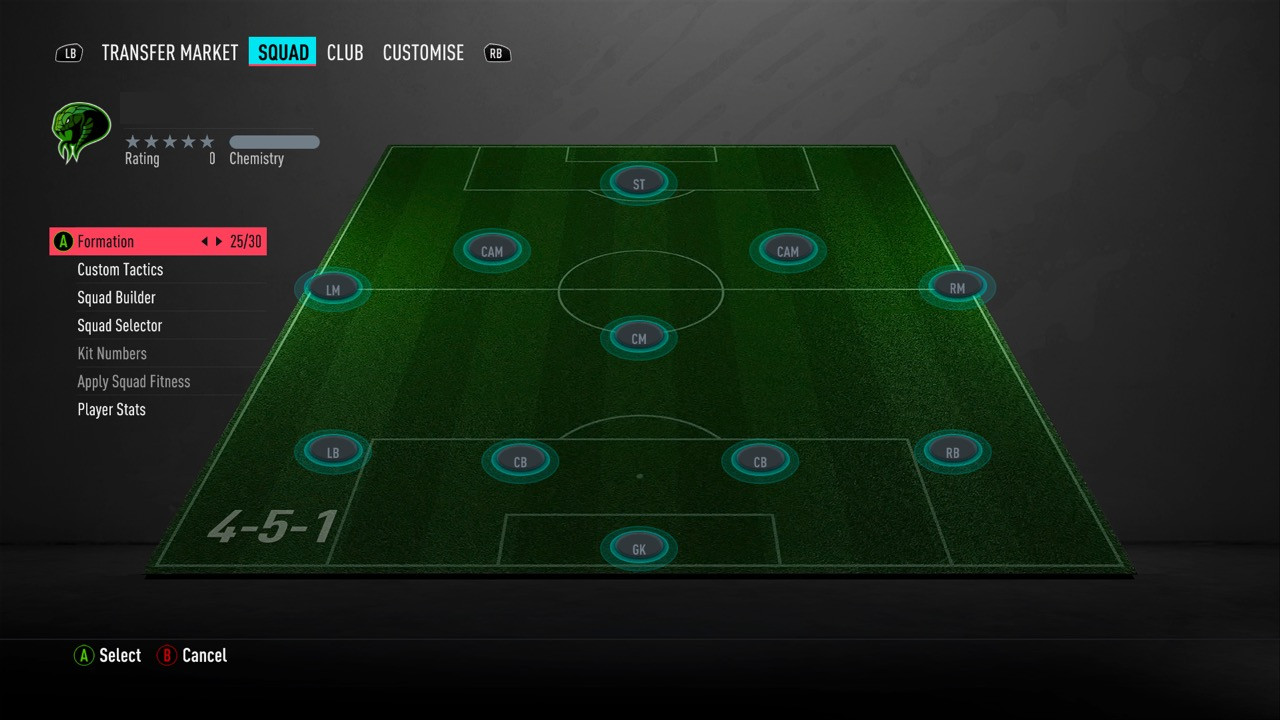 By having five midfielders with a striker dropping into the pockets, there’s no reason to believe that the lone attacker will be isolated in this system. In fact, it can be quite the opposite with the right personnel.

One of the worst sights in football is seeing a striker run around all game, feeding off scraps and having hardly any service. With this formation, service can come from the sides, through the middle, as well as players making runs beyond the forward as well – creating a plethora of scoring options.

Crucially, it seems as if passing around the edge of the box and making small incisions into defenses with short taps is actually a really successful method of attacking in FIFA 20. With this 4-5-1, you’ll never get bored of having those routes to goal open up.

There’s actually a possession option in the custom tactics menu. This is something that should certainly be activated, along with overlapping full-backs, aggressive interceptions where possible and selecting ‘false 9’ option on the striker.

This will bring him into the midfield to help build attacks, in a similar way to that of Harry Kane for Tottenham or Roberto Firmino for Liverpool. 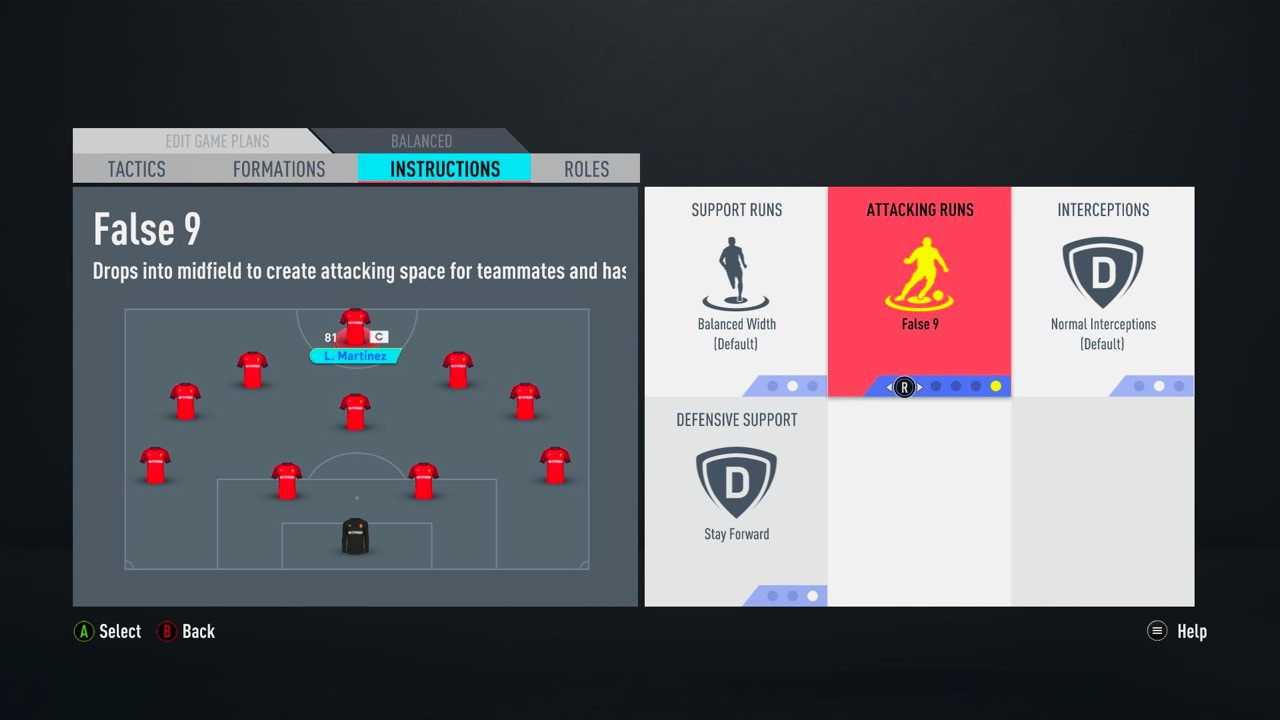 Why not try out the False 9?

So, there you have it. Those are the best formations we have found for attacking, defensive, counter-attacking, and possession play in FIFA 20 so far.

There’s no guaranteed success with any of these systems, but it should give you a good idea of how you can get the most out of your style of play to start you off.