YouTube stars Logan Paul and KSI faced off for the second time ahead of their November 9 rematch in London, UK – but there was more to their press conference than mere insults, with some of Paul’s comments sparking outrage across the net.

Unlike their conference in Los Angeles, California, the two YouTubers were bristling and raring to go in their meeting across the pond just weeks later.

KSI went all out for the show, even carrying a fluffy Pomeranian pup on stage as a major jab to Logan Paul, who lost his own pup, “Kong,” to a coyote attack in early April. 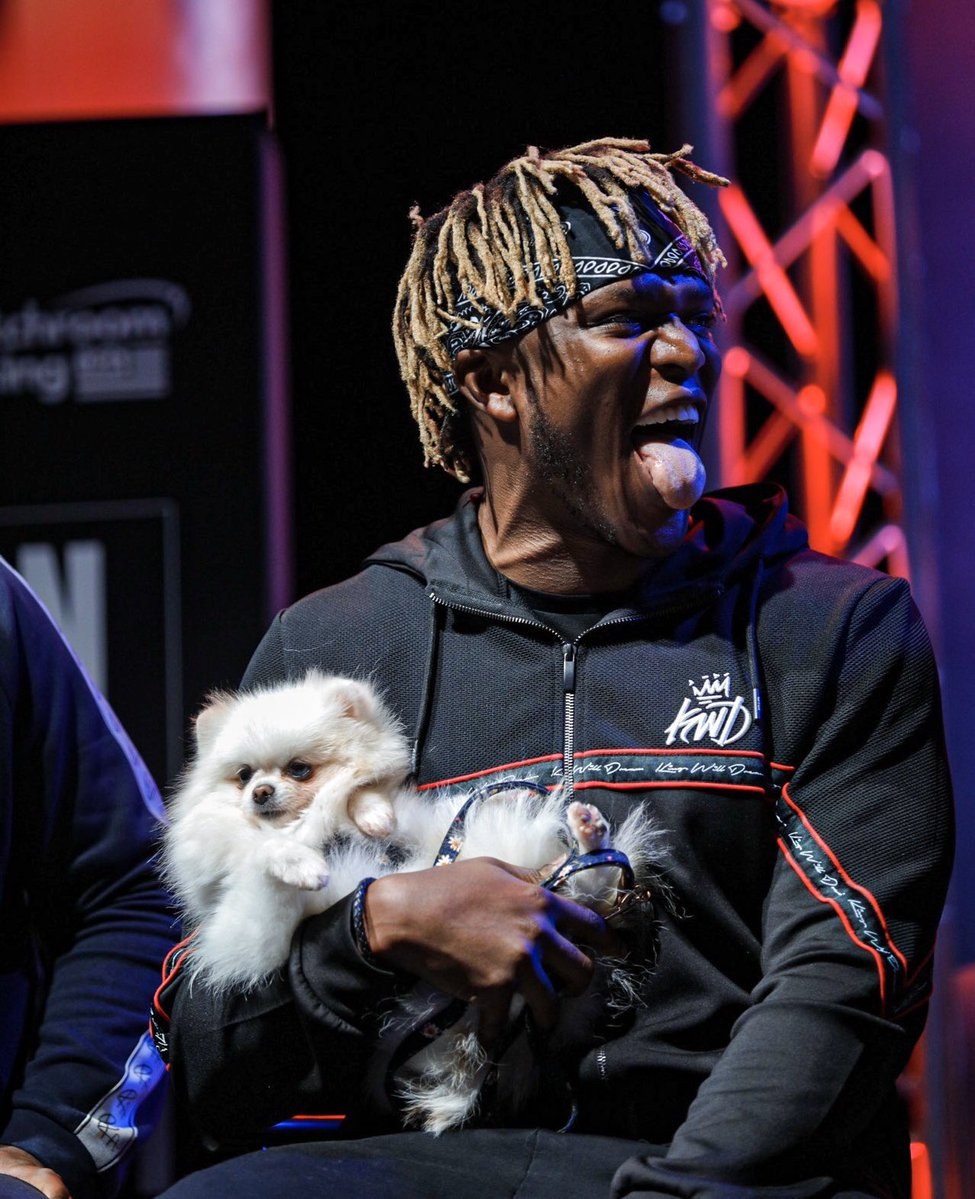 However, KSI’s jokes about Paul’s dog aren’t what has the internet up in arms: rather, Paul’s comments on abortion have sent the net in a frenzy, with the YouTuber claiming that he would “kill” his opponent as a means of doling out justice for his alleged abortions.

“I might kill this man,” Paul taunted. “Y’all may not know, but JJ’s on his fifth abortion. His fifth. That’s five babies dead. And I think Imma return the favor. And I might kill you, man.”

Commenters across the net are speaking out against Paul’s statement, with many decrying the Maverick mogul for using such a sensitive issue as a means to “dunk” on his rival.

“Logan Paul bringing up abortions as a ‘diss’ to KSI,” one user wrote. “Please don’t use women’s *possibly traumatic* experiences as pawns to further your shitty beef for clout.”

logan paul bringing up abortions as a ‘diss’ to ksi. please don’t use women’s *possibly traumatic* experiences as pawns to further ur shitty beef for clout.

i’ve seen this a lot on youtube. it’s so GROSS.

Others brought up the YouTuber’s past scandals in wake of the outrage, with one commenter Tweeting, “Logan Paul literally used footage of a dead person on a YouTube video for all his seven-year-old fans to see, but abortion is where he draws the line? Brainless.”

Logan Paul literally used footage of a dead person on a youtube video for all his 7 year old fans to see but abortion is where he draws the line?? brainless #loganpaulisoverparty pic.twitter.com/0euCM74xxv

Despite the outrage, Paul’s latest comments come as a 180 degree turn from his previous stance on the subject, with the YouTuber drawing phalluses on every Senate member who voted in favor of Alabama’s proposed abortion ban in mid-May.

However, Logan isn’t the only one accusing JJ of fathering illegitimate children: his younger brother, Deji, likewise accused his older bro of multiple abortions during his stint on Paul’s ‘imPaulsive’ podcast in December 2018.

While KSI has yet to speak out on Paul’s comments, in particular, it doesn’t look like the YouTuber is taking things to heart, as told in a good-humored Tweet to his rival shortly thereafter.

You smashed it at the face to face today btw :yes::skin-tone-6: https://t.co/MCHM5PDFYB

KSI and Logan Paul will face off for their rematch at the Los Angeles Staples Center on November 9.