YouTube-turned-MTV starlet Tana Mongeau took home the 2019 Streamy award for Creator of the Year — but hubby Jake Paul believes another YouTuber should have won the coveted prize instead.

Up against names like vlogger David Dobrik, late-night hostess Lilly Singh, and YouTube philanthropist Mr Beast, Tana Mongeau was shocked upon winning Creator of the Year — a sentiment echoed by her husband.

Jake Paul discussed the matter during a December 21 episode of brother Logan Paul’s “imPaulsive” podcast, where he complained that many award winners don’t actually deserve the honor such an esteemed title.

i’ve spent the past few days staring at the ceiling replaying every moment of my career wondering how i got this far. honestly after intense contemplation, i have nothing.. as much as i am grateful for this award, i do not and never will feel like “creator of the year”. i’ve never met that mark, i’ve never fit that mold.. i’ve always been the misfit, the outcast, the fuck up.. matter of fact i’ve spent every second of my career KNOWING i’d never be creator of the year.. i held this exact award ONE YEAR AGO, floored that i was even accepting it on behalf of the person that saved my life.. i held it in my hands and said “i know all of you never expected to see me hold a creator of the year award”… for 365 days to go by and to be holding it as my own is the most full circle moment i’ll probably ever feel. it will never feel real. it will never feel like mine- it is yours. i’ve never been so sure that an award show is truly fan voted/not rigged- there is not one person in this industry that could’ve told you two days ago i’d be winning this award. and now they wanna say congratulations……… YOU did this.. i’d like to thank you on behalf of 13 year old me. she made iphone videos hoping that she’d make one of you forget the pain for even one second. she hoped the pain she’d felt would resonate with even one of you. she was just excited Casey Neistat was gonna read her name as a nominee. she would’ve sobbed seeing Shane Dawson cry on a PLATFORM THAT DIDN’T EVEN EXIST YET when he saved her life over an award SHE WON… to be honest i still feel i should be mailing this award to David or Mr. Beast or Emma… this one is for the people who never felt like they’d succeed. who never felt like they’d have a place. thank you for saving me time and time again. thank you for carrying me here. thank you for letting the ups and the downs help us grow. thank you for holding me accountable but cheering on my growth. thank you for growing with me and reminding me it’s okay to be flawed.. here’s to 2020 being for US.. oh and thanks to @jordanworona for believing in me when it was popular not to. i guess.

In fact, Jake claimed that the prize should have gone to Mr Beast, who went viral several times this year for his charitable giveaways, insane challenges, and even his massive campaign to send PewDiePie above and beyond competitor T-Series.

“And let’s be honest, the people winning these awards — no offense — like, they’re not actually like who should be winning the awards most of the time,” Jake began. 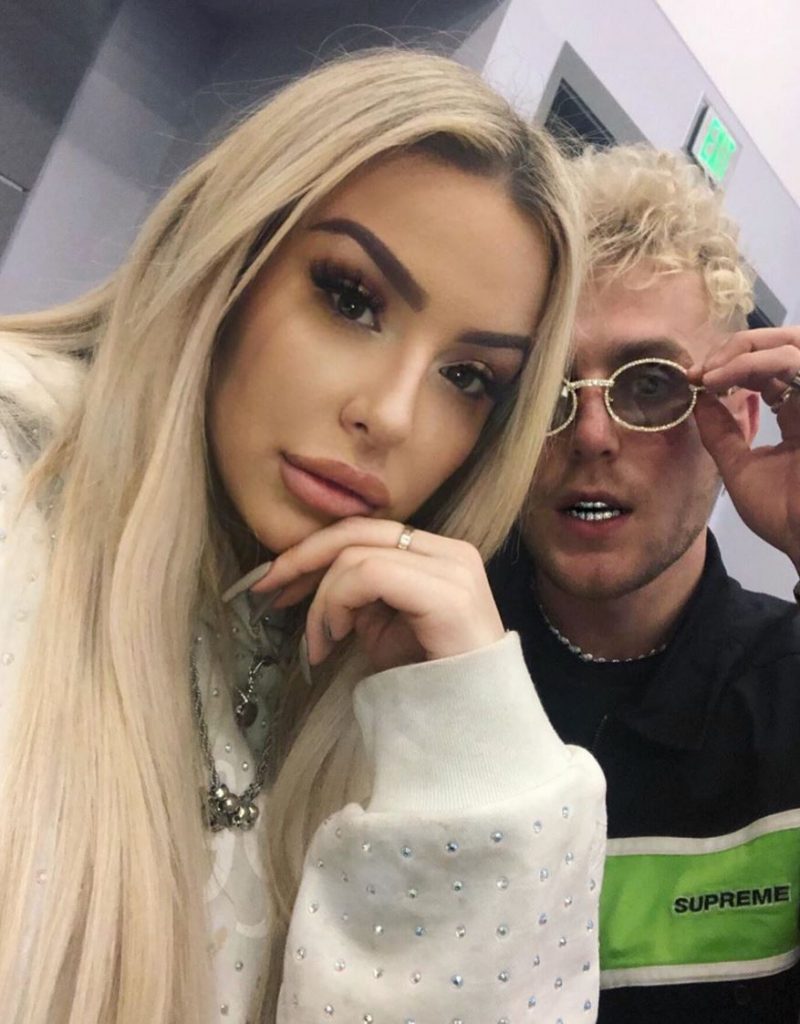 Despite their status as husband and wife, Jake Paul doesn’t necessarily feel that Mongeau deserves the title of “Creator of the Year.”

“Do you think Tana correctly won that award?” Logan challenged.

“No,” Jake answered candidly. “Mr Beast should have won that award.”

“I agree,” Logan admitted. “I don’t know how anyone can argue that.”

Jake isn’t the only one to hold this view, either: in fact, Tana herself claimed that she felt undeserving of the award during her emotional acceptance speech at the Streamys.

Despite claiming that she would never win the award, Tana has secured her place in Streamy history — a win that both she, Jake Paul, and even YouTube king PewDiePie seem to contest in wake of other creator achievements, no matter the views of her own fans.