YouTube star Jake Paul released his track “These Days” in mid-December, which seems to chronicle his 2017 split with ex-girlfriend Alissa Violet — who parted ways with FaZe co-founder Ricky Banks just ahead of the song’s publication.

Weeks after the song’s release, Paul appeared on Adam22’s “No Jumper” podcast, where he gave his opinions on the Banks/Alissa split in light of the track’s apparent discussion on his own romance with Violet.

With Violet publicly accusing Banks of multiple acts of infidelity via social media, Paul dubbed their breakup “messy” and “sad,” accusing both YouTubers of being party of their own destruction.

“It’s sad for Alissa,” Paul admitted. “There’s a lot of weird s*** to talk about there. But the sad part is, ‘Okay Alissa, didn’t you learn your lesson the first time? Like, not put your business, your relationships online?’ That’s where I think it’s messy.”

The Team 10 founder went on to take shots at Banks, seeming to hint at the FaZe mogul’s hypocrisy after calling him out for being unfaithful to Violet back in 2017 during their notable feud.

“Where it’s also messy is how Banks came at me so hard for cheating on Alissa,” he continued. “And made me a villain to the internet because I cheated on Alissa. And then, he goes and does the same thing, apparently.”

While Banks has yet to respond to Paul’s statement on the matter, he replied to Alissa’s ample accounts of infidelity in a lengthy Notes post in wake of the drama, claiming that, although there are “two sides to every story,” “what matters is that we’re both humans and that we’ve both hurt each other.” 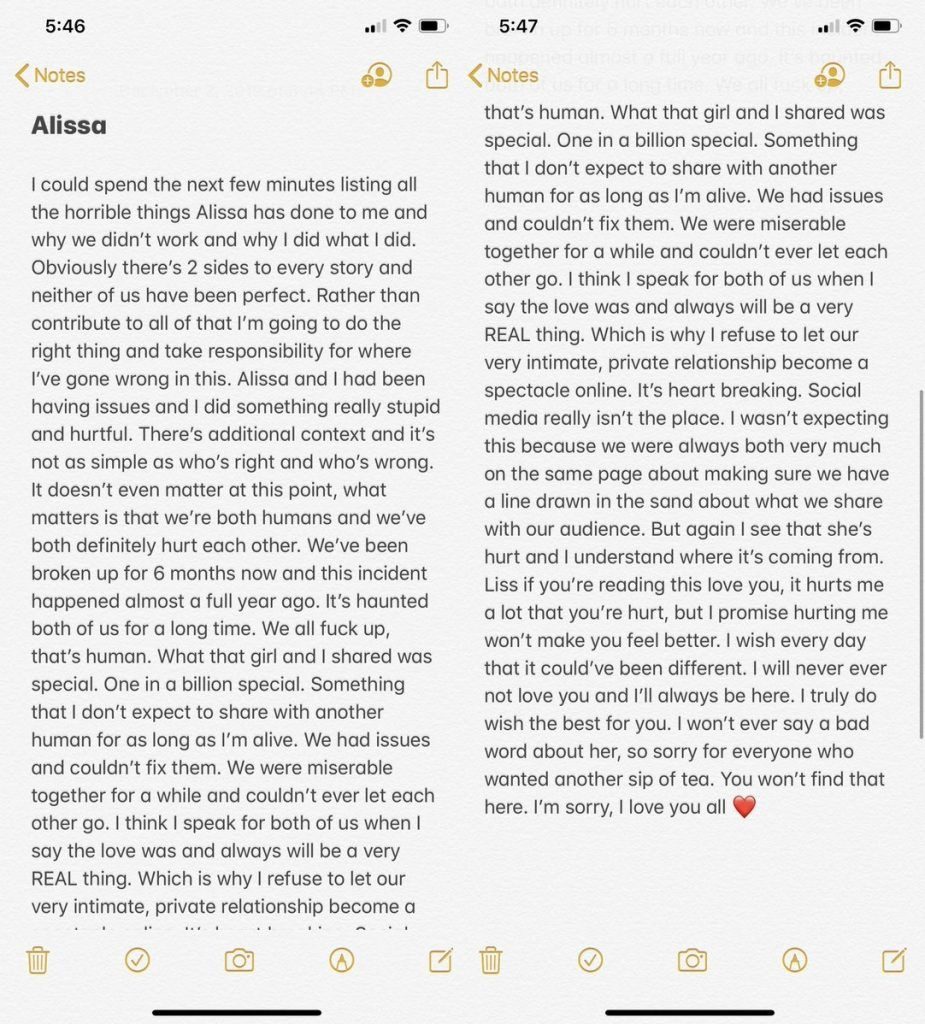 The two announced an end to their long-term relationship in July 2019 after speculation of a fight had broken out between them, which was at first denied by Banks.

Now, it seems that their romance is over for good — and it doesn’t look like Paul is intent on staying silent on the subject.