Twitch streamer “Alinity Divine” is facing backlash for a pet-related scandal, yet again – but in spite of not being banned for the blunder, an artist claims to have been suspended for depicting the controversy.

While Alinity might be best known for the outrage that spawned after she tossed her pet cat over her head during a game of Apex Legends in July, the streamer is once again coming under fire months later.

This time, Alinity’s Samoyed pup “Luna” got a bit too comfortable as she demonstrated a yoga pose on camera, burying its head into her privates while Alinity laughingly commanded the dog to stop.

The clip quickly went viral online, with critics decrying Twitch for not taking action against Alinity for what many deemed to be an inappropriate breach of conduct.

In the spirit of mass outrage surrounding the incident, one Twitch artist decided to share their take on the situation, whipping up a self-described “silly picture” recreating the moment on his stream.

However, his artwork resulted in an alleged swift ban – unsurprising, considering the explicit nature of the picture, which he addressed in a Tweet shortly thereafter. 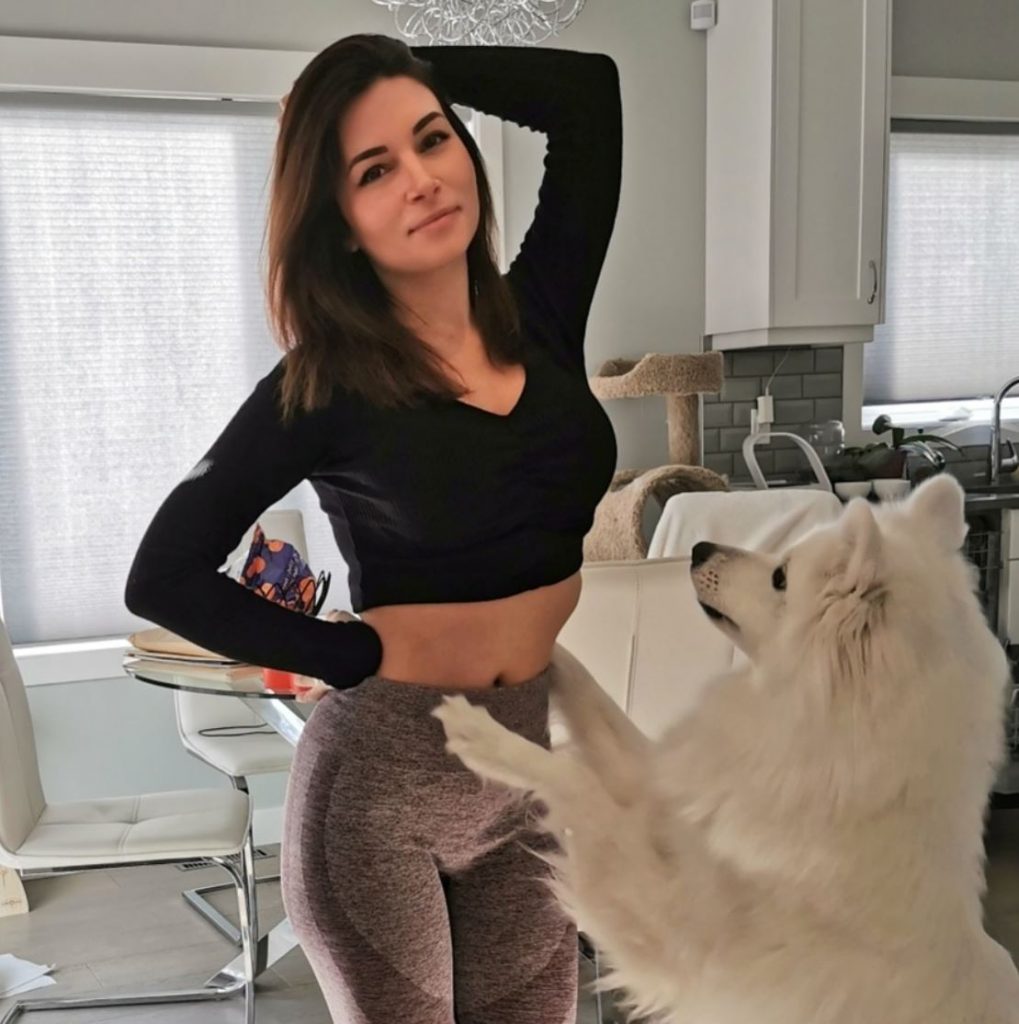 According to the artist, “Jon Grim,” Twitch has suspended his channel for seven days over the drawing, which he claims he “totally deserves.”

Despite his calm acceptance of the punishment, Grim spoke out about the controversial moderation decisions made by the platform as of late, claiming that he wishes the site would hold all streamers to the same standards.

“Hey guys, I won’t be streaming the next seven days,” he announced. “I got banned for drawing Alinity, the lover of dogs and thrower of cats, a silly picture. I totally deserve the ban and I’m even glad Twitch took action, just wish Twitch held everyone to the same rules.”

hey guys I wont be streaming the next 7 days. I got banned for drawing @AlinityTwitch the lover of dogs and thrower of cats a silly picture. I totally deserve the ban and I'm even glad twitch took action, just wish @Twitch held everyone to the same rules. #stream pic.twitter.com/SnxllTxsba

Many users seem to share Grim’s sentiments on the subject, with one commenter writing, “Banned for drawing an incident that wasn’t banned in the first place. Makes sense.”

Alinity herself argued that she tried to push her dog away during the incident, and dubbed the backlash around the clip “ridiculous.” But in spite of her explanation, the internet at large still isn’t satisfied with Twitch’s lack of action on the subject.