Professional Call of Duty players have been experiencing some major spawn issues on the Hardpoint game mode for Modern Warfare.

The highly anticipated release of Modern Warfare has had mixed reviews among the competitive community with many players, such as FormaL, criticizing the current map selection.

Since the official ruleset for the upcoming season was revealed, pro players have already started to compete on the new game, however, they noticed some major issues with the spawn system on Hardpoint. 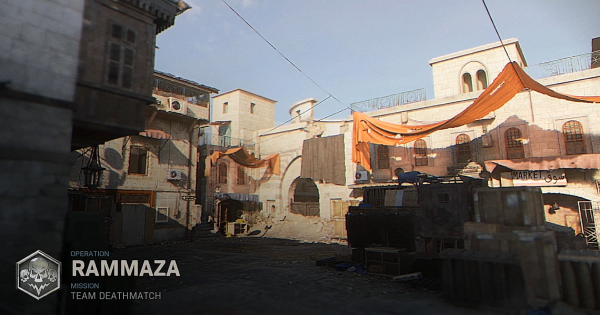 Retired Call of Duty pro Anthony ‘NAMELESS’ Wheeler was among the few to notice the spawn problems while he was testing out the respawn mode’s ruleset in a competitive match on November 1.

The former Evil Geniuses captain was playing hardpoint on Rammaza when he found himself respawning directly in front of his opponent and giving him little time to react to the gunfight.

NAMELESS was shocked at what he had witnessed simply shouting “what!?” before staring at his facecam, expressing his frustration with the unusual spawn location.

Similarly to NAMELESS, Seattle Surge player Damon ‘Karma’ Barlow also experienced his share of issues with the respawn system on the Rammaza map.

The three-time CoD world Champion was also surprised to see that he had spawned in right next to two opposing players after dying, however, it was in a different location on the map than his former competitor’s.

Although there seem to be some major issues with Modern Warfare’s respawn system for Hardpoint, particularly on the Rammaza map, it is likely that they will be fixed well in time for the start of the Call of Duty League which kicks off on January 24 in Minnesota.

Infinity Ward will hopefully be investigating and monitoring faulty spawns on a variety of maps and modes, but for competitive play, Hardpoint spawns are absolutely crucial, more so than any other mode.