Several top Call of Duty professional players have revealed their preferred attachments for the M4, MP5, and MP7 weapons in competitive Modern Warfare, and all of them have been compiled together courtesy of the ‘CoD Highlights‘ YouTube channel.

When it comes to competitive Call of Duty, no one’s opinions, tactics, and preferred weapon loadouts are regarded higher than that of pro players, especially those who distinguish themselves as being the best of the best.

With the first iteration of the competitive ruleset having already been released for the upcoming Modern Warfare competitive season, all of the pros have been testing out various attachment combinations for the three weapons currently make up the meta – M4A1 assault rifle, MP5 SMG, and MP7 SMG.

With there being so many attachments for each gun, it’s no major surprise that these loadouts vary from player to player, as each pro has equipped their weapon to fit their own play-style and role.

Below, you can find all of the pro player loadouts that have been revealed so far, each containing the list of five attachments used for at least one of the three meta weapons. 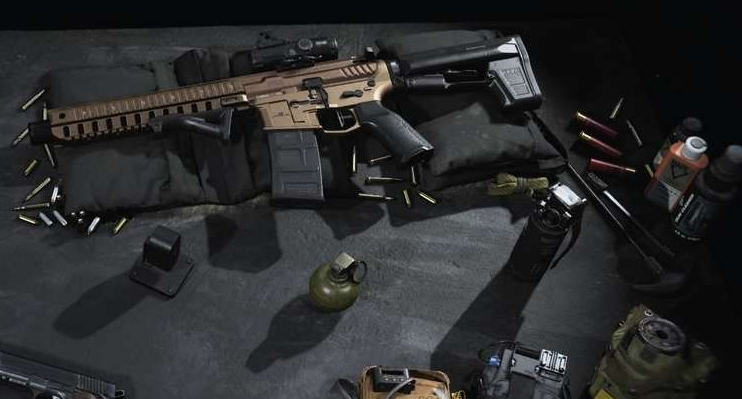 There is a virtually unanimous consensus within the CoD community that the M4 is the best assault rifle in the game for both casual and competitive matches.

Its balanced damage profile and stats make it versatile and agile enough to be used at short, medium and long ranges, especially when fitted with the appropriate attachments.

Here are the loadouts that pro players Scump, Crimsix, and SlasheR have decided to go with for their M4 classes:

Scump is considered to be one of the greatest players of all time, and there are a lot of Call of Duty fans and players that will be interested to see what attachments he has on his M4. 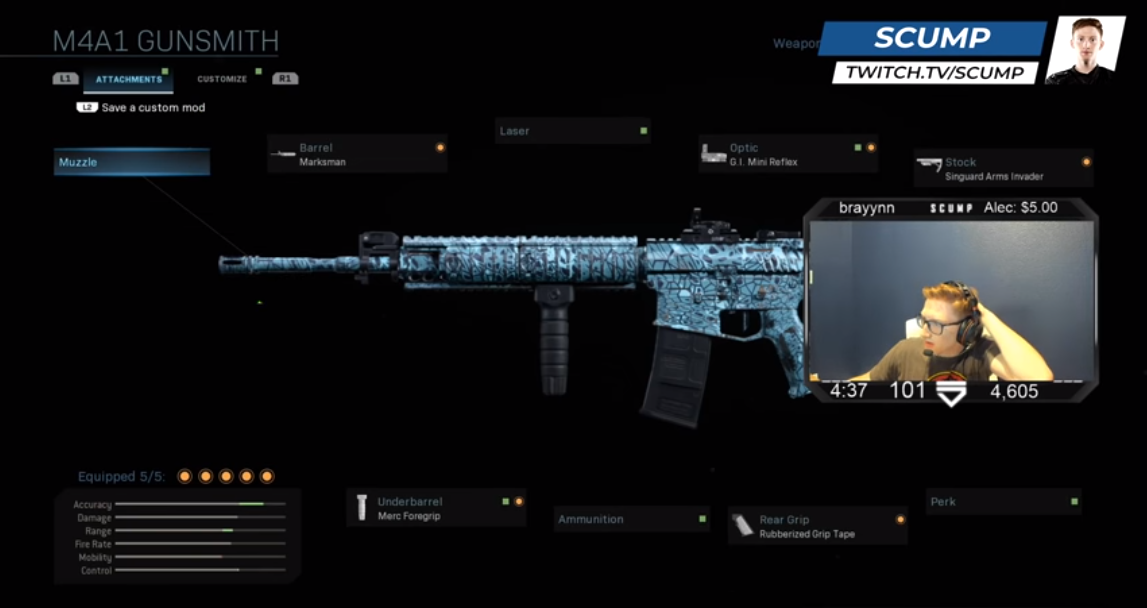 As the winningest Call of Duty pro of all time, Crimsix has no shortage of fans in the competitive CoD community, many of whom have been looking forward to see how he will be stacking up his M4 rifle.

Over the last few years, SlasheR has established himself as a top competitive player, and my players in the scene will look to his loadout to try and replicate his dominant playstyle. 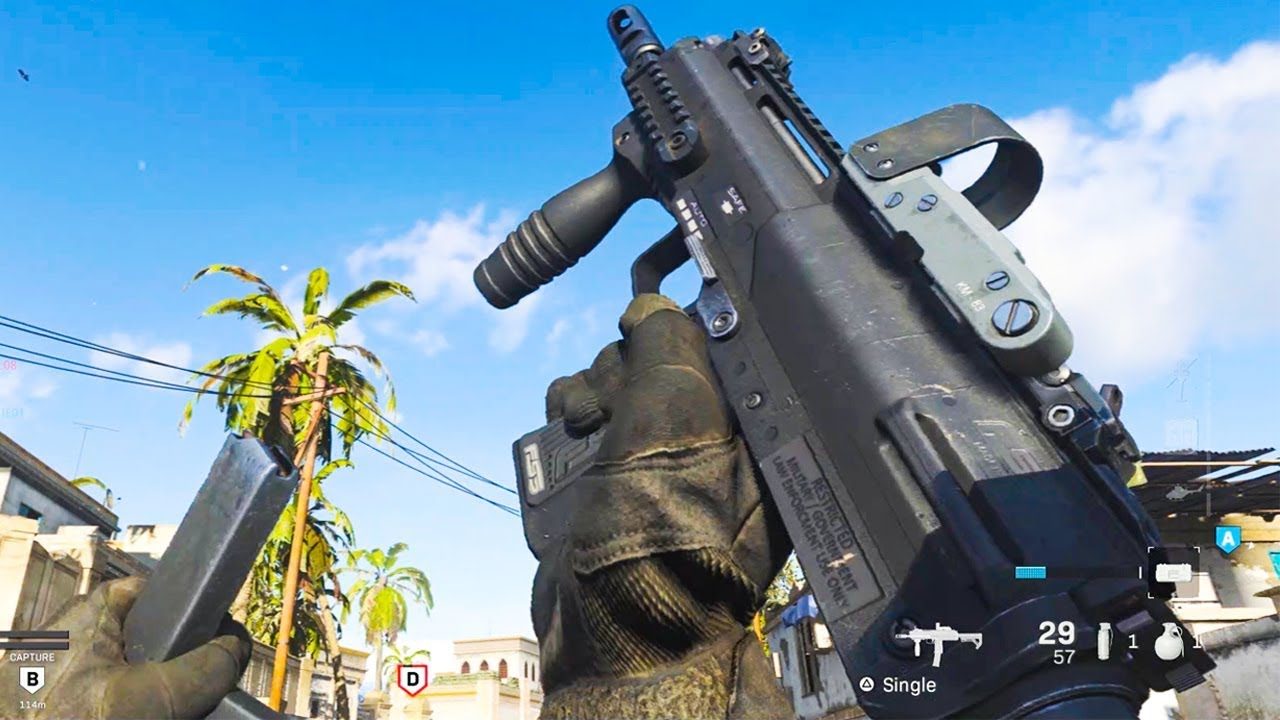 The MP7 has distinguished itself as one of the two go-to submachine guns in Call of Duty multiplayer. While it does not offer the balance that the MP5 does in terms of range and damage, it makes up with its devastating close-quarter potential, making it the perfect choice for those who have fast reflexes and like to run and gun.

No one has ever risen to super-stardom in CoD esports as quickly as Simp did in 2019, going from a rookie playing his first even in April to being named MVP in back-to-back events – CWL Finals and Champs.

There are definitely many players out there who want to try and dominate with an SMG the way Simp does and will be looking for his MP7 loadout for guidance. 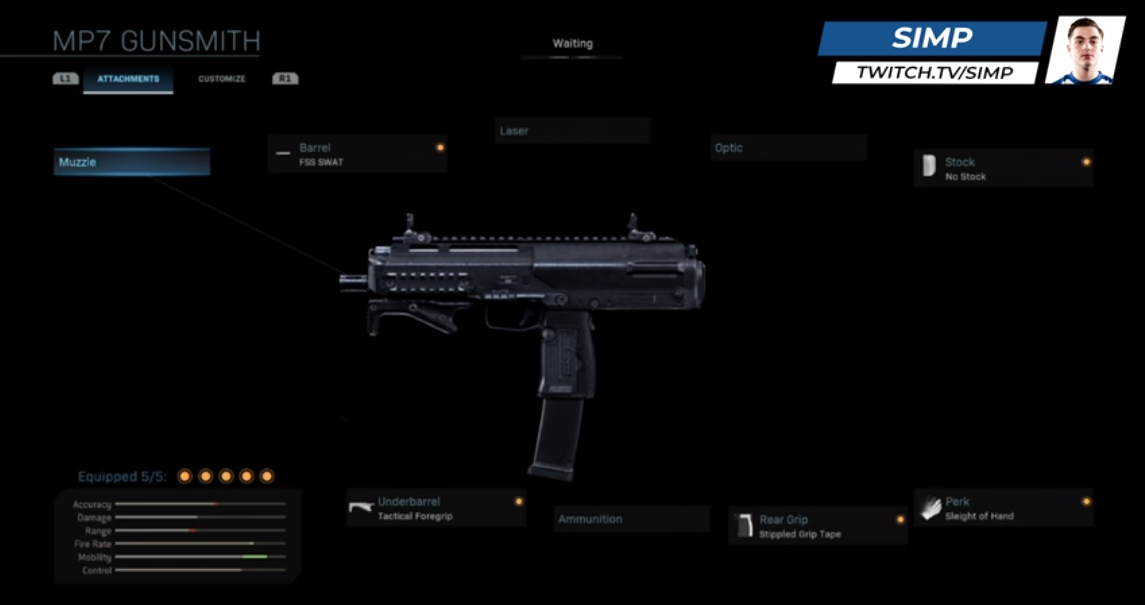 Much like Simp, iLLeY already has a reputation of being one of the better players in the game and he hasn’t even played a single professional match yet. Those looking to replicate his style as a fast-paced slayer can start by using his MP7 setup.

Having already been around the pro scene enough to earn the status of veteran, ZooMaa is still considered to be among the best SMG slayers in the game. His reaction time and fast pace are renowned, so those looking to use his MP7 setup should remember to play as such. 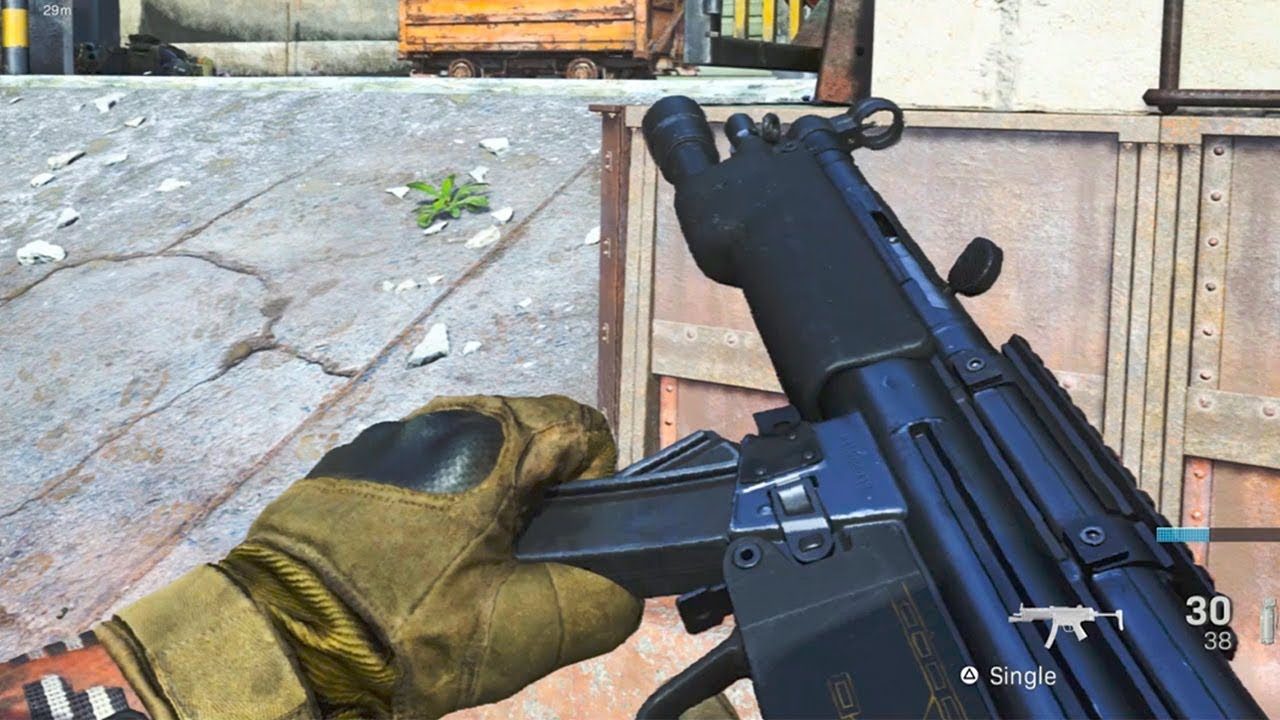 The MP5 is the other meta SMG that both competitive and casual players have gravitated towards in the early stages of the game. It offers a very good balance for its class, as its range and damage make it viable for both close and medium range gunfights.

Apathy has been a top SMG player for the past three years, which is a big reason why he’s won two World Championships and finished second in another over that span.

His MP5 loadout is interesting, as he’s opted to go with more ammunition and a muzzle rather than a barrel or optic sight.

Much like Apathy, John has also been one of the more prominent SMG slayers in competitive CoD over the past few years. While he still hasn’t been announced as part of any CDL franchise, there are those that may be looking to use his loadout for the MP5.

These are only some of the pro player loadouts for the M4, MP5, and MP7, and you can check out the full list of classes in the video below.

Keep in mind that these loadouts are all subject to change at any given moment, since players are always tinkering with their attachments to see what works best.

Furthermore, weapon balancing changes are likely due to be made in the near future, which may nerf one or more of these guns to the point where they are no longer meta, and buff a weapon or two up into the meta.

Finally, with Activision themselves saying that the competitive ruleset will be evolving throughout the season, certain weapons or attachments may end up getting restricted or subjected to a gentlemen’s agreement.