A discreet nod towards Call of Duty 4: Modern Warfare has been found in the latest game in the franchise by a sharp-eyed fan.

Modern Warfare came out in 2019 to positive reviews, and is the latest game in the expansive FPS franchise.

Call of Duty 4 was the first Modern Warfare game in the series, coming out in 2007, and the first CoD game to move away from the franchise’s original World War 2 setting.

Now, Reddit user raflolio has discovered an Easter Egg that’s a nod to the game that started the series in the latest Modern Warfare.

If you follow the coordinates on a map, they take you to the Pripyat Amusement Park, which is a part of the “All Ghillied Up” mission from Call of Duty 4.

“All Ghillied Up” has players sneak through the ruins of Pripyat, Ukraine, in the area around the Chernobyl nuclear site on the hunt to assassinate Imran Zakhaev – the main antagonist in CoD 4.

It’s often considered to be one of the best campaign missions in any Call of Duty game, partly due to it’s openness and the number of different options players have when moving through it.

The coordinates only seem to come on one certain skin for the weapon though, and raflolio confirmed that the only way to unlock it is by buying “The Unseen” bundle in the store for 1400 Cod Points. 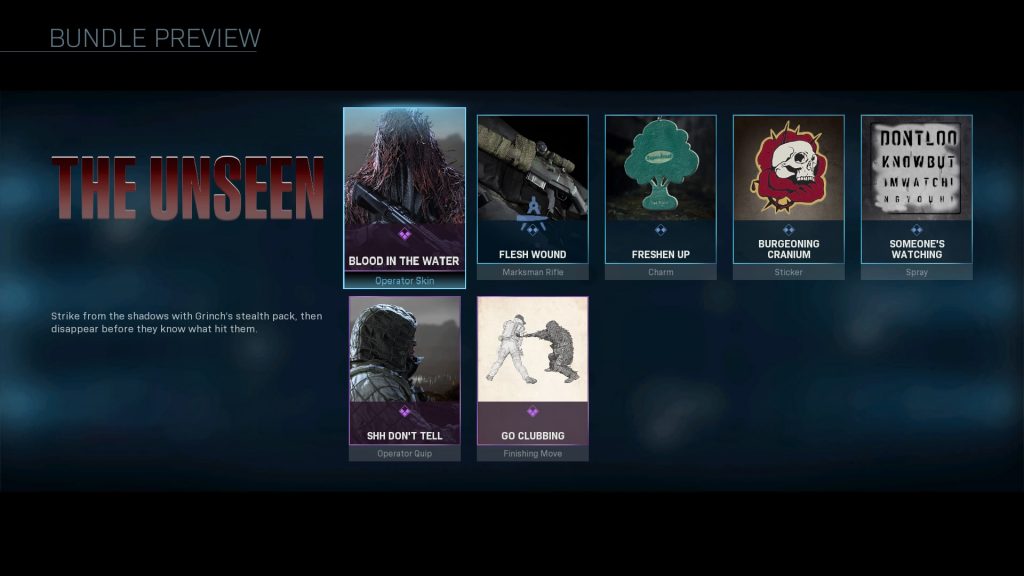 The coordinates seem to come with the “Flesh Wound” rifle skin.

“All Ghillied Up” was also included in Modern Warfare: Remastered from 2016, which just goes to show Activision has no problem playing up nostalgia from past games – but players don’t seem to mind.

It took several months for users to find this hidden CoD 4 Easter Egg, anyhow, so it will be interesting to see what other Call of Duty-related players find in the future.