Call of Duty developers Infinity Ward have revealed new military-themed Operators will soon be released in Modern Warfare, after fans called for more variance and options on Reddit.

Operators are unique characters in Modern Warfare that players can select to play as in multiplayer and Special Ops, each with their own backstory, nationality, character dialogue, and customization options.

Unlike Specialists and Combat Rigs from recent Call of Duty titles, Operators are purely cosmetic and have no impact on gameplay in terms of abilities or game-changing traits.

Split into two factions – Coalition and Allegiance – there are plenty of these characters to choose from, especially following the recent launch of Season 1. However, players aren’t content with what’s available.

Recently, a fan posted a suggestion for a new Operator on Reddit – a picture of a Specialist Firearm Command officer from the Metropolitan Police Service in the United Kingdom.

The comments and upvotes that the post received made it clear that a lot of players would be in favor of Infinity Ward adding more military-themed Operators in Modern Warfare since the game is a war simulator after all.

Joel Emslie, Infinity Ward’s Art Director who goes by ‘ArtPeasant’ on social media, commented on the post and called it “awesome.”

When someone suggested that IW implement such designs, Emslie replied “completely agree with that” and “there is work being done with new Operators that fit into tighter Milsim look.”

The term ‘MilSim’ used by Emslie is an abbreviation of ‘military simulations,’ which is defined as “the activity that strives to realistically simulate the experience of armed conflict conducted by civilians for entertainment and mental health purposes.”

These simulations are often referred to as ‘military operations,’ which feature operators who “gather in organized teams and must complete a mission in a paramilitary-style,” with a good example of this being paintballing.

Thus, when Emslie said they were working on more MilSim Operators, he means characters that resemble realistic military personnel that would normally be found in combat scenarios. 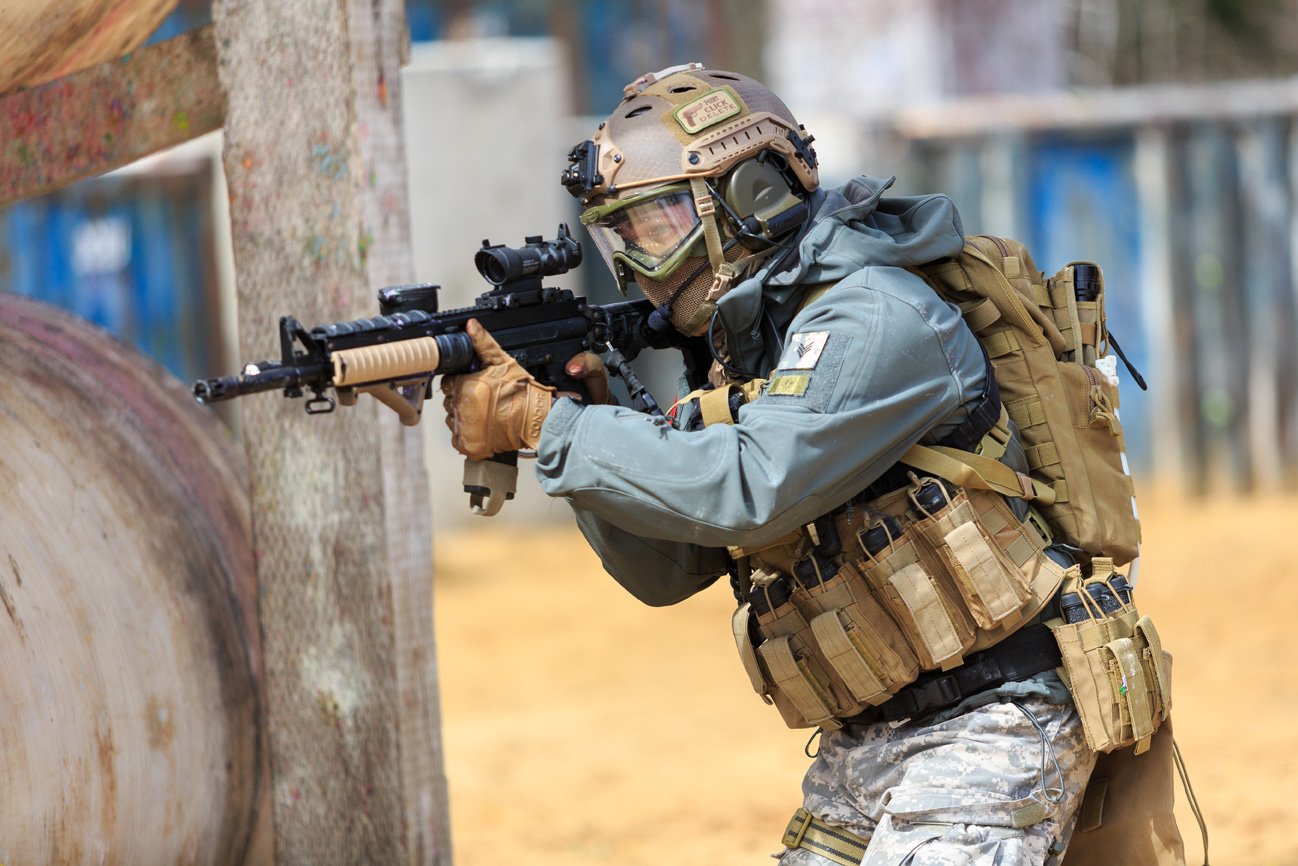 At this point, it’s not clear exactly when these military-style Operators will be added in Modern Warfare. Season 1 is still in full swing, which means they could be released before the season ends, or Infinity Ward might save it to spice up the content drop for the next season.