A popular Call of Duty duo that plays under the alias ‘FatherSonGaming’ have reached a huge milestone in Modern Warfare by hitting 100 wins on MLG’s Gamebattles – and their reaction is as wholesome as they come.

Call of Duty plays host to one of the most diverse and expansive gaming communities in the industry. Modern Warfare is the most played Call of Duty of this console generation; meaning that players have been logging on to tap into that community more frequently than ever before.

While the first-person shooter opens itself up to a huge demographic, who’d have thought that a man who’s likely twice or even three times your senior would be dominating the competition? 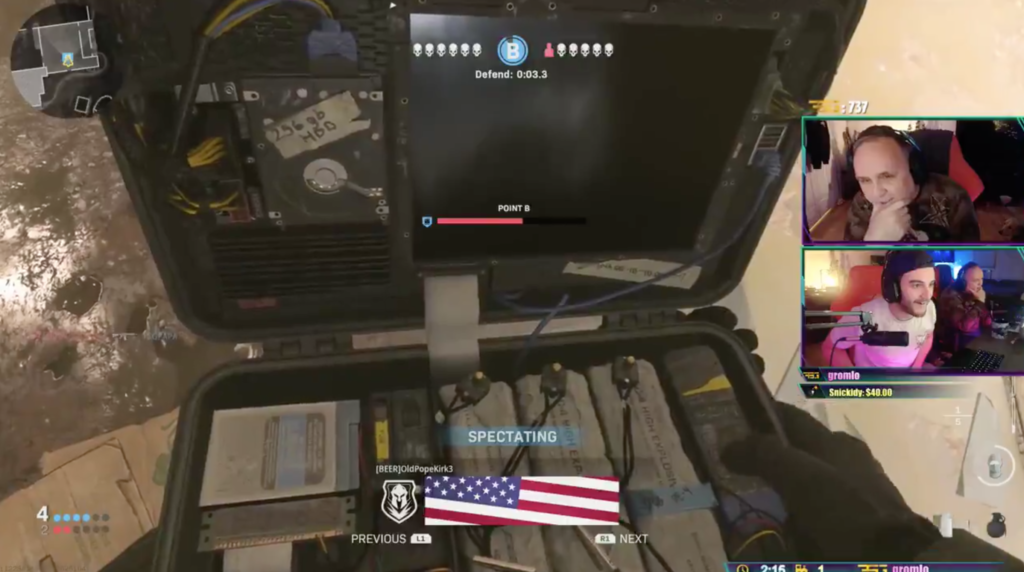 Bill and Jason have been grinding Modern Warfare since its release.

FatherSonGaming have been creating gaming content on-and-off since 2011. Dabbling in a variety of games such as Fortnite and Minecraft, the pair are most known for their knack in Call of Duty.

Since public matches are just too easy for the pair, they decided to take their talents to MLG’s Gamebattles arena, where they take on the cream of the crop.

Not only do they take on the best-of-the-best, but they also dominate the competition… and, while it’s been a long time coming, they have managed to secure 100 Gamebattles wins on Modern Warfare to commemorate their efforts.

After taking down a trio 6-1 on Gun Runner, Bill and Jason were elated and high-fived while exclaiming “let’s go!” as their Twitch chat spammed to congratulate the pair.

Bill yelled: “A 6-1 beat down! And a missile does it no less,” as their teammate clinched the final round win with a Cruise Missle.

Bill and Jason both currently sit inside the top 5000 players on Gamebattles, respectively. If that feat wasn’t impressive enough, their Modern Warfare record currently stands at 102 wins out of 142 matches in the crossplay division.

Prior to going live on Twitch, the pair teased their faithful following on Twitter by stating that they were going to hit the milestone during the livestream.

Tonight is the night. A few months in the working, and your boys are going to hit 100 GB wins tonight. Is it the first father & son team to do it on GB? WHO CARES. LET'S GET IT.

LIVE tonight, 7 PM EST. It's gonna be a fuckin show.

Given their current record, teams will be fearful of coming up against FatherSonGaming. Their unrivaled chemistry and crisp in-game comms are the perfect recipe for success.

Perhaps it’s only a matter of time before we 63-year-old Bill and his son, Jason, in the Call of Duty League locking horns with the pros…