Call of Duty: Modern Warfare’s secondary weapons are a far cry from what they used to be, but this throwback MW2 weapon attachment could be exactly what the doctor ordered.

Modern Warfare has reintroduced some of the series’ beloved multiplayer maps as part of Season 1. Aside from introducing the Holger 26 (a reworked G36C), Infinity Ward have done little to bring back iconic weapons from their trademark saga.

Despite having the .357 and .50 GS (akin to the Desert Eagle) pistols to choose from, Modern Warfare doesn’t offer much in the way of secondary weapons. But this perk could fix all of that while offering a blast from the past to long-standing fans of the Modern Warfare series. 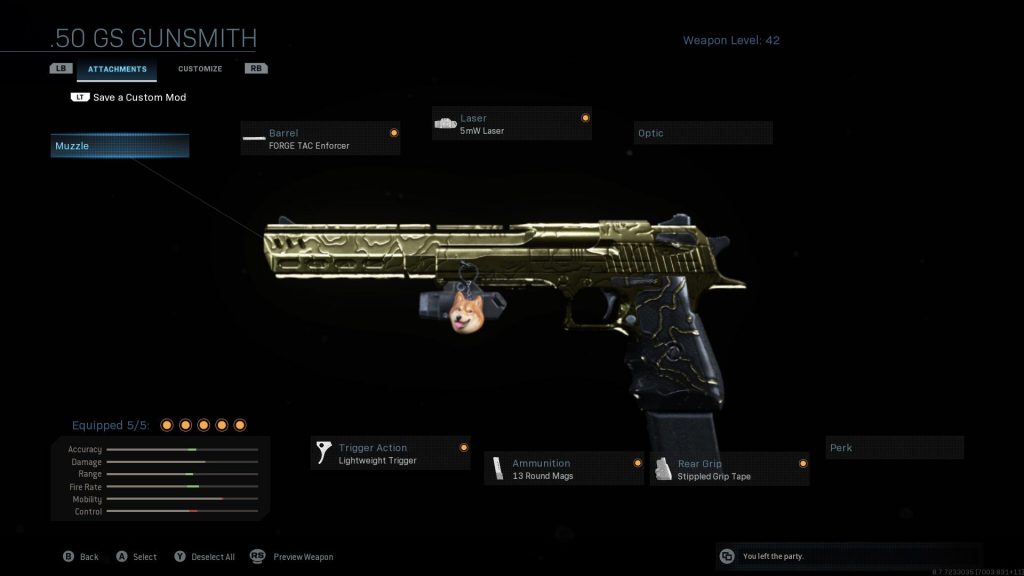 Is there a more satisfying feeling than landing a ‘one-deag’ on someone in Modern Warfare?

If you’ve followed Infinity Ward’s flagship series for a while, you’ll remember the satisfaction of running around with Akimbo Model 1887s/UMPs in-hand… That is, before jetpacks came along and blew all of that out of the water

While yes (with the correct weapon attachments) dual-wielding weapons were devastating up close, they provided a fun meta which resonates with Call of Duty to this day.

It’s for this reason why one Reddit user has suggested that the Akimbo weapon attachment could make an emphatic comeback into the series.

Being made available exclusively to secondary weapons, an Akimbo perk would facilitate hip firing two guns simultaneously by substituting the ability to aim down sight.

Based on the current Gunsmith weapon customization options in Modern Warfare, Akimbo would likely be best equipped by means of a ‘Weapon Perk.’

Of course, a perk of this nature would likely be omitted from the Call of Duty League ruleset, considering how devastating two secondaries would be in close quarters combat.

Nonetheless, the suggestion was lapped up by the Modern Warfare subreddit, with users taking the opportunity to revel in nostalgia from MW2.

One user even went to the liberty of commenting: “Double Golden Deagles? Sign me up.” With the demand clearly there, the ball is in Infinity Ward’s court to bolster secondary weapons with this simple perk inclusion.