The location of Mirage’s in-game takeover town as part of Apex Legends’ upcoming Holo-Day Christmas event has been revealed, according to leaks from iLootGames that show an updated mini-map of Season 3’s World’s Edge.

Apex has only had a few in-game events based around Wraith and the original takeover with Octane, but it seems as Respawn settles into their rhythm with the battle royale, they’re aiming to rival Fortnite for more seasonal expansions and crossovers in the world of their futuristic battle royale.

While many suspected that the leaked Mirage-led event was originally going to be based around the redecorated train, and tied into the ‘Capture the Train’ limited-time mode that was teased on November 17, these new leaks suggest otherwise.

Instead, it looks like the Town Takeover itself will be happening on the western side of World’s Edge, according to iLootGames’ leaked image of a new mini-map, in a previously unnamed location above Thermal Station and below Lava Fissure.

Hey, just wanted to keep the hype going for this new Christmas event for you guys!
Here is a look at the new minimap showing where the Mirage Town Event will take place 🙂 Enjoy guys, much more to come! pic.twitter.com/Thonj6zaKw

In the same vein as the gap in the north of the map that doesn’t have notably features, and the gap between Capitol City and Drill Site, this cluster of buildings near Thermal Station was widely regarded as “wasted space” on World’s Edge.

To add to confirmation that this will be the spot Mirage drops his Town Takeover, Reddit user ‘PVPxOfficial’ shared a screenshot of their gameplay post-update, which showed construction poles in the same location. The last time these poles appeared was before major changes to King’s Canyon in Season 2.

Unlike some Fortnite Town Takeover’s, which see places like Risky Reels demolished and turned into new battlegrounds, it looks like Respawn would rather add to the already existing roster of areas that players will be eager to loot and fight in. 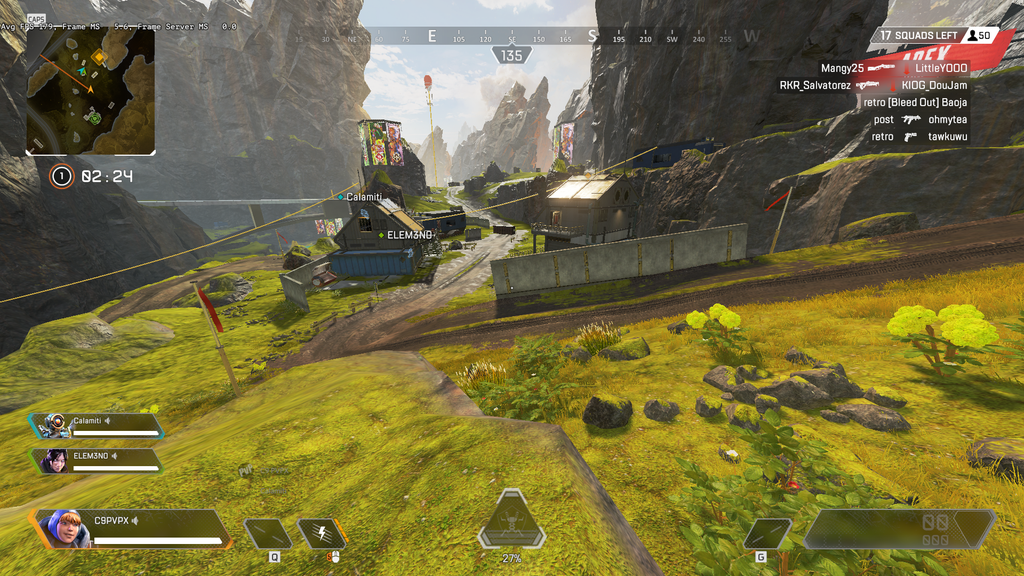 Construction flags and poles have appeared where leaks suggest Mirage’s Town Takeover will be appearing when the Holo-Day Bash event drops.

What is Mirage’s Winter Express LTM?

While the Holographic Trickster will be making his mark during the festive season on a new place on the map with his Town Takeover, he will also be bringing players a Christmas-themed limited-time mode, titled ‘Winter Express.’

According to leaks from prominent data miner ‘That1MiningGuy,’ Mirage is going to get on the intercoms to describe the rules for the king-of-the-hill mode aboard the “Winter Express,” which will see the map’s iconic train covered in tinsel and wreaths.

“That’s my gift to you! And it’s cool you didn’t get me anything. Really,” Mirage says in the leaked announcement, a nod to gift exchanges at Christmas time.

Apparently, Winter Express will see teams gunning to claim three rounds to win a match, and will be based more around loadout combat with players choosing weapons, rather than the regular running-and-looting style of Apex.

The datamined rules also reveal “loot doesn’t spawn in this mode,” so players will have to rely on one of the loadouts the LTM offers, and that dying isn’t forever in this mode, meaning players who perish “will respawn… next round.” 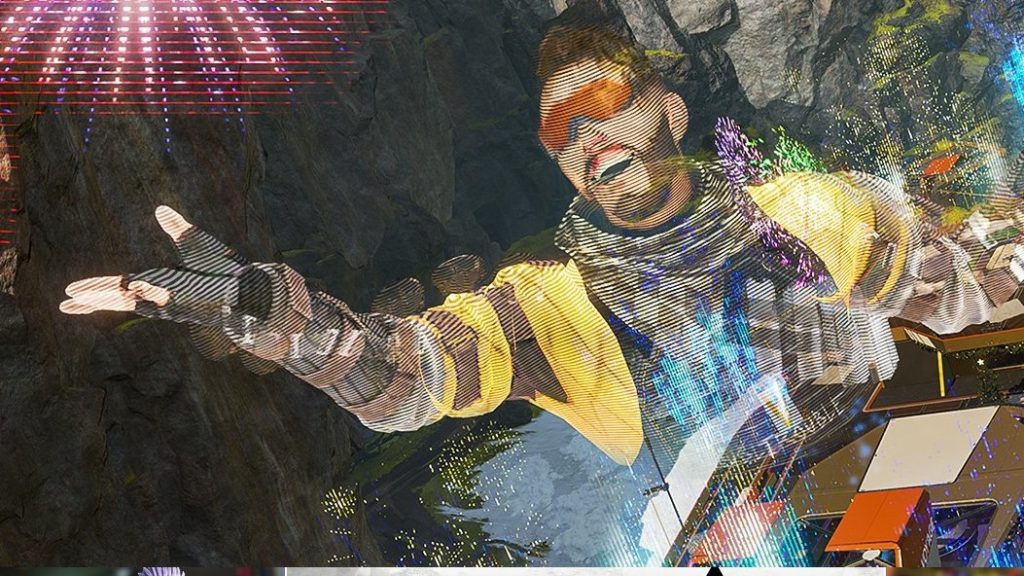 As well as the Town Takeover, and Mirage’s Winter Express LTM, leaks have revealed a number of Christmas-themed cosmetic costumes that players will be able to grab for legends like Octane, Caustic, Crypto, and of course Mirage.

Alongside skins, the event has also been confirmed to be bringing weapon skins, new gun baubles, and even a Pathfinder Heirloom skin complete with a pair of bright red boxing gloves. All these items will be available through loot crates.

Wattson, Pathfinder, and Bangalore were all also included in various images that leaked their Christmas gear, meaning at least seven of the game’s core roster will be donning red, white, and green when the Holo-Day Bash event finally drops.

It looks like we finally know everything there is to know about Mirage’s LTM and Town Takeover.

So when are the Takeover, LTM, and event releasing?

Despite nearly all the details of the Christmas-theme event now leaked, we still aren’t 100% sure when the Holo-Day Bash celebrations will officially begin.

Considering Christmas is now just 19 days away, there’s a fairly good chance we’ll see the event released soon, with some leakers even theorizing that it will launch at the same time as Pathfinder’s Heirloom set, which is predicted for December 15.

In any case, we know that the event is just around the corner, filled to the brim with new game modes, stylish festive outfits, and a new change to the World’s Edge map players have settled in to—it already feels like Christmas has come early.