Something is brewing in Fortnite Chapter 2 and all indications are that it will be some sort of in-game event called ‘Galileo’ to take place at Risky Reels.

There haven’t been any so far in Chapter 2, but it looks like that’s going to change real soon as data miners found and leaked details about an upcoming event codenamed ‘Galileo,’ following the most recent v11.21 update.

Now, more back-end files have been discovered, this time showing the next two phases of map changes that will be taking place at Risky Reels, presumably in preparation for this Galileo event.

The video below, courtesy of prominent Fortnite data miner ‘FortTory‘ shows what changes will be made to the POI over the next few updates.

Leaks indicate Risky Reels will be dug up

In its current state, Risky Reels is still full of cars parked in the main space located in front of the large drive-in movie screen.

However, according to the leak, those cars will soon be moved to the side to make room for large construction vehicles such as cranes and bulldozers.

The update that follows that will add several large circles of construction cones at several points in the area.

While the subsequent map changes have not been leaked yet, it’s probably safe to assume that those cone-surrounded areas will likely be dug up for whatever Epic are planning on doing with Risky. 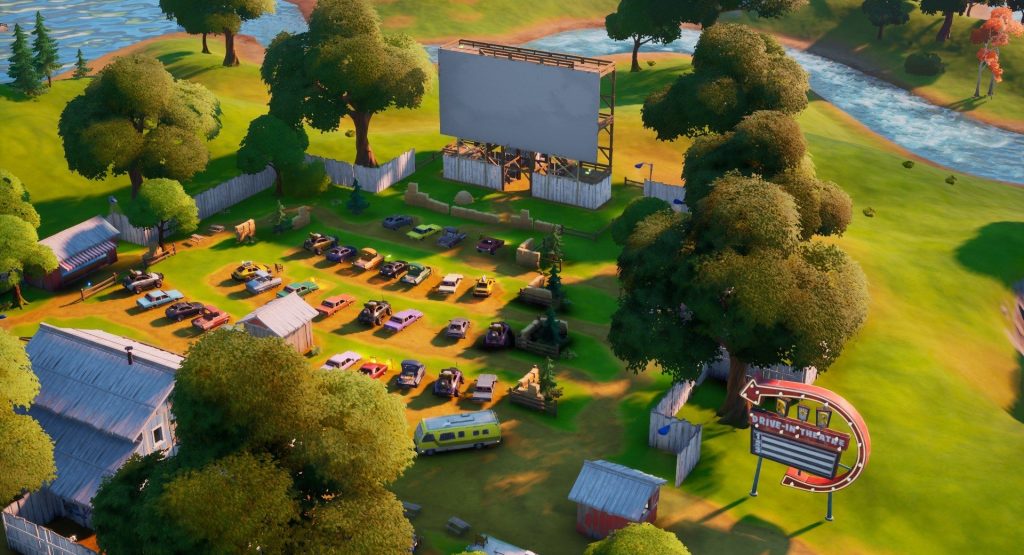 Risky Reels was one of the few Fortnite locations from Chapter 1 that were brought back for Chapter 2.

What’s going to happen during Galileo event in Fortnite?

Unfortunately, nothing concrete has been found in the game files yet in regards to what will actually be happening once this event kicks off.

Most data miners believe that it will involve something playing on the big movie screen on January 1, 2020, which suggests that it could be in celebration of the new year.

Regardless, knowing how extravagant Epic can be with these in-game events, it will likely be worth turning on the game for, especially considering how barren Chapter 2 has been so far in terms of new content.

For more information about this in-game event and all of the leaks so far, make sure to visit our Risky Reels Galileo event info hub.