The Apex Legends devs are planning big things for their battle royale, which could include a new Town Takeover, according to leaks.

Respawn Entertainment’s Town Takeovers have been a popular fixture with the Apex fan base since the inaugural edition on Kings Canyon when Octane came into the game. Since then, the devs experimented with Takeovers featuring original Legends from the roster with great effect.

Seeing as the community love the character-specific Town Takeovers or in-game events like Pathfinder’s Shadowfall LTM, it’s no surprise that the devs would want to bring it back for another Legend of their roster.

It would be interesting to see an LTM or Town Takeover centered around the game’s Holographic Trickster.

A deep dive into the game’s latest files by known leaker ‘That1MiningGuy’ explored a possible upcoming event that will task players to “Capture the Train” on World’s Edge.

It seems like players will have to “capture the train to earn points,” with new “spawn regions” to get back into the game.

If it’s an official Town Takeover, it will be the first one to be mobile, seeing as a popular feature of the World’s Edge train is its constant movement around the map.

Although nothing is conclusive, the language for voice line texts makes it seem like Mirage will have a heavy influence on an in-game event soon. 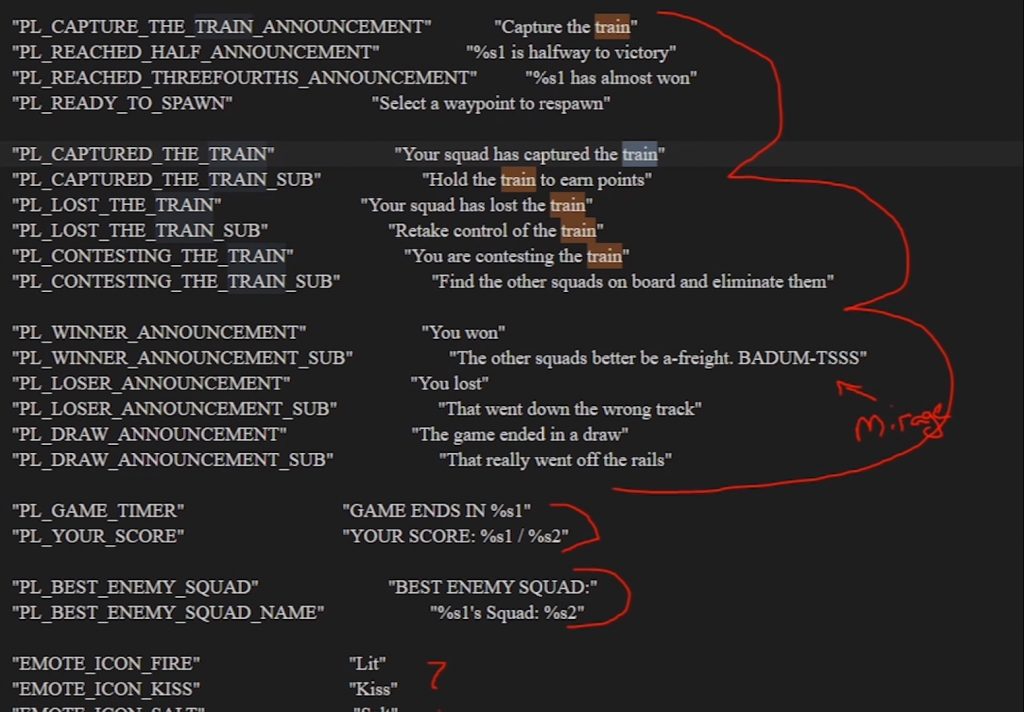 A ton of code found by the Apex Legends leaker suggests a new mode could be coming soon.

The leak has various “announcements” which strongly links this LTM or Town Takeover to Mirage simply going by the Legend’s classic humor.

“The other squads better be a-freight. BADUM-TSSS,” one line says with another one indicating a draw by saying “that really went off the rails.”

No other character in Apex is as comfortable with puns and quips like that other than Octane, but he’s already had a turn in the spotlight, as That1MiningGuy pointed out.

In either case, it seems like development into another in-game mode for Apex Legends is getting worked on and with any luck it’ll be arriving soon, possibly in times for another holiday event.