A new Super Smash Bros Ultimate poll was conducted asking players who they want to see join the roster as part of Fighters Pass Volume 2, and there are some big names at the top.

The poll, conducted by Source Gaming, had a total of 4,327 responses by fans. Each of the responders listed their six most-requested characters in any order for them to be counted.

In total, the poll had a whopping 1,423 different characters with 727 only receiving one vote. Some one-vote wonders include Tiffi from the mobile game Candy Crush, the Taxi from Crazy Taxi and Warcraft’s The Lich King.

However, the top 50 is another story with some massively popular characters starting things off with a bang.

Who are the 10 most-requested fighters?

Crash Bandicoot, who has been rumored to be coming to Smash Ultimate for a while, received the most votes with 1,190. He was also the only character to receive over 1,000 votes.

Next up is Geno from Super Mario RPG and one of the most likely candidates for Fighters Pass Volume 2. While he’s already in Smash as a Spirit, Nintendo recently revealed that Spirits can become full fighters. There’s a chance, Geno fans!

Doom Guy/Doomslayer from Doom was third with 805 votes. Notably, the Doom Eternal developers have gone on record saying they reached out to Nintendo about their protagonist appearing in Smash. Sadly, it seems like the conversations never resulted in much, so we’ll have to wait and see what happens.

Sora from Kingdom Hearts came in at number 4 with 774 votes, one more than Dante from Devil May Cry. Both sword-wielders have been popular fan-favorites for some time. However, a report from earlier in 2020 suggests that Disney actively prevented Sora from coming to Smash.

Meanwhile, Capcom has been interested in having Dante come to Smash in some form. With Devil May Cry now on Switch, it’s possible that they will get their wish. Additionally, one of DmC 5’s voice actors even claimed that Dante will be joining the roster.

Rayman was number 6 and, just like with many other developers, Ubisoft has been vocal about wanting their character to graduate from Spirit and evolve into a DLC down the line. 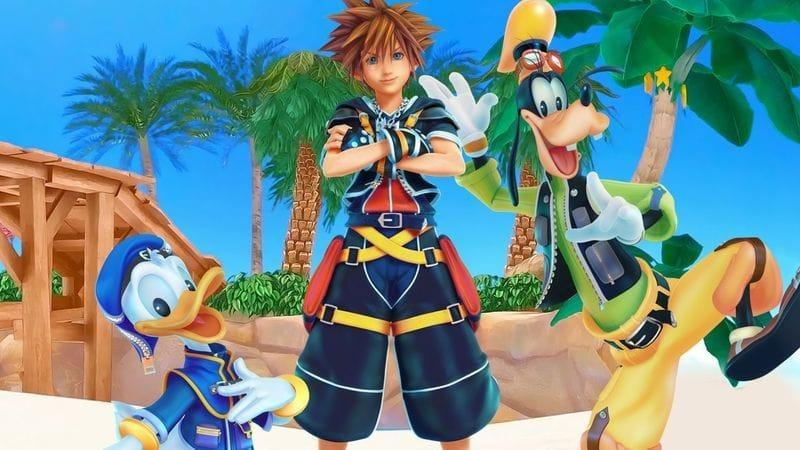 Rounding out the top 50

Other notables in the top twenty include Steve from Minecraft, Halo’s Master Chief, Phoenix Wright, Waluigi, and the long-rumored Ryu Hayabusa from Ninja Gaiden.

The top 50 also features the likes of Mortal Kombat’s Scorpion, whom series creator Ed Boon has wanted to see added to Smash along with Paper Mario, Lara Croft, Agumon from Digimon and Tekken’s Heihachi, who has recently announced as a Mii Fighter outfit.

There’s no telling if any of these will make the final cut and appear in Fighters Pass Volume 2. With five spots remaining, hopefully, some will end up as DLC.