Pokemon Sword & Shield Magikarp event – Everything you need to know

Trainers all across the Galar Region are going to be impacted by a brand new event in Pokemon Sword & Shield. So, let’s take a look at what’s happening in the game to celebrate New Year.

Game Freak’s latest additions to the video game series have introduced a number of fresh faces to the Pokedex, as well as Galarian forms of characters added in previous titles, but it’s actually one of the originals that takes centre stage in this new event.

As many players will know already, Delibird was spawning a lot more frequently than usual during the run-up to Christmas, having been added to Max Raid Battles, and Magikarp is now getting the same treatment for a limited time. 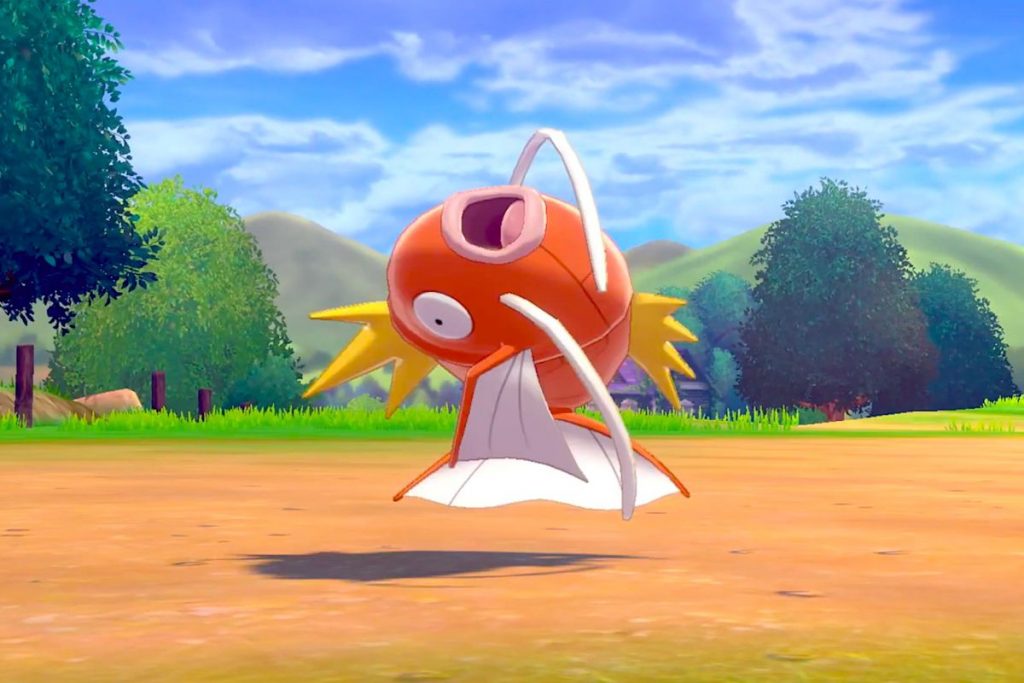 Magikarp isn’t a rare Pokemon by anybody’s standards and it’s now even more common than before.

The popular Pokemon, which was part of the franchise’s first ever Pokedex, evolves into Magikarp and can usually be found in a number of different locations in Sword and Shield.

During the course of this event, though, the Wild Area is going to be the best place to be if you want to catch one (or even it’s shiny form) – that’s for sure.

The Wild Area is the perfect place for Magikarp and Gyarados, featuring the Lake of Outrage.

How to catch a shiny Magikarp

Those looking for a shiny variant of Magikarp will also have been given a boost by this new event, as one method of increasing the chances of catching a shiny version is chaining.

By creating chains of successful battles against the same Pokemon, this improves the chance of seeing a shiny variant appear for that particular species. Therefore, seeing more and more Magikarp and defeating them continuously will stand you in good stead if you’re looking to catch its super rare form.

With more of the water-type Pokemon available for encounters, that should make things a little easier. For more tips and information on this, check out our shiny Pokemon hunting guide.