Pokemon fans expecting to see bonus content in Sword and Shield won’t be disappointed this holiday season as Delibird has officially taken over the game.

Delibird is just one of many species from previous generations that have survived the cutting down process for the Galar Region Pokedex, since the National Dex was removed for the first time ever with the series’ latest installments.

The gift-giving Pokemon has been hand-picked to take over the games during the festive season, meaning that regular players are about to see a whole lot more of it for a limited time – which will be great news for those who haven’t found it yet.

The Wild Area in Pokemon Sword and Shield is home to some of the rarest species.

One of the most visited locations, the Wild Area, is already home to some of the highest leveled and rarest Pokemon found in the region, but soon it will be taken over by a flood of Delibirds.

The rarity percentage of encounters will be much higher than possible in this area, with the event impacting one of the ways that it can be found. This change will impact Max Raid Battles, according to Serebii. It usually spawns in the overworld or random in snowy conditions.

Another bonus for players, which should be quite useful for those looking to get more XP in the game, is that defeating Delibird in Max Raid Battles will give you more candy than usual as part of the event. 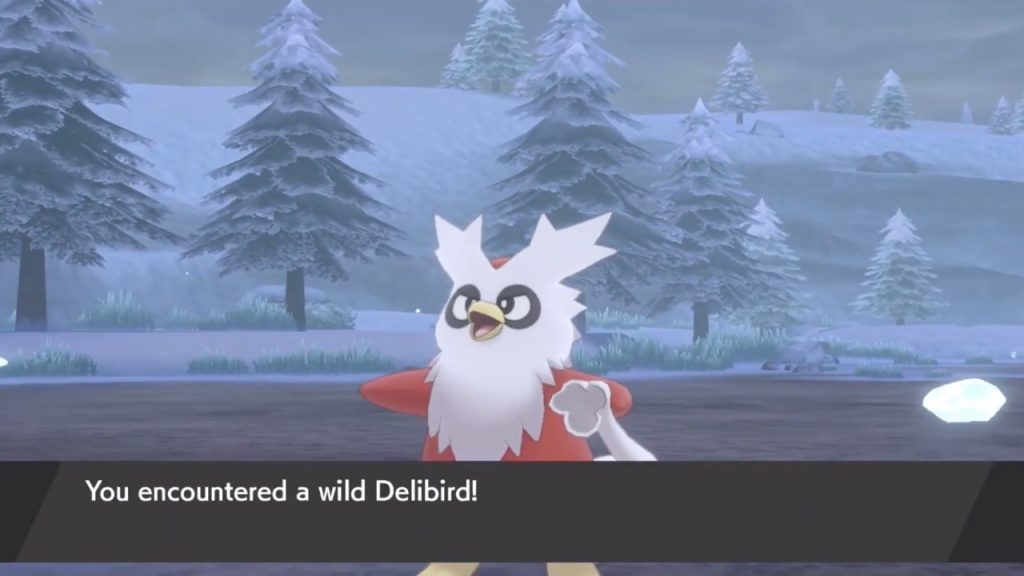 Delibird encounters are a lot more frequent during the Christmas period.

The event will be going on right up until Christmas Day, on December 25 for those who don’t know, giving players the chance to not just pick up a few more Delibirds, but perhaps also go shiny hunting for a super rare purple version of the bird as well.

One way of shiny hunting is to defeat Pokemon in chains, increasing the likelihood of encountering a rare form the more you take out. If you’re interested in this element of the game and would like to find out more about it, check out our best tips for shiny hunting in Sword and Shield.