How to defeat Giovanni in Pokemon Go (March 2020) - Dexerto
Pokemon

How to defeat Giovanni in Pokemon Go (March 2020)

Giovanni is still causing chaos in the world of Pokemon Go, proving to be arguably the toughest challenge in the entire game. This guide looks at which Pokemon the Team Rocket boss uses and which species are the best counters to them.

He may be hard to beat, but that’s exactly what you’re going to need to do to yourself a Shadow legendary Pokemon. This is your only opportunity to nab yourself a powerful legend that is guaranteed to be level 25 and have an increased chance of high IVs.

This is in addition to other rewards such as 5,000 Stardust and a chance of getting the highly sought after Unova Stone. In short, it’s well worth defeating Giovanni.

Raikou was the reward for defeating Giovanni in February…

The elusive Team Rocket head was first introduced to the game in November, and at that time you could catch a Shadow Articuno as a reward for defeating him. Zapdos, Moltres and Raikou have since been the rewards but February will give you the opportunity to catch Shadow Entei.

In order to find Giovanni, you’ll need to defeat several Team Rocket Grunts and each of their leaders – Arlo, Cliff and Sierra. Fortunately we have a separate guide for each of these which will help you greatly in defeating them:

What Pokemon are in Giovanni’s team?

With that said, it’s important to know which pool of Pokemon he can use. After all when facing such powerful Pokemon, having a type advantage and knowing what’s coming is paramount.

Here’s the possible combination of Pokemon Giovanni can use (as of February 2020):

His first Pokemon is guaranteed to be Persian. This should come as no surprise as Meowth’s evolution is synonymous with the Team Rocket boss.

Ordinarily, Persian wouldn’t be considered too much of a threat. However, given its ultra high CP, even Giovanni’s weakest Pokemon shouldn’t be taken lightly.

Its only weakness is fighting-types, so Lucario and Machamp are the best counters to it. Giratina is another Pokemon that will do well here, if you’re lucky enough to have it. Look no further than Lucario unless you have to. 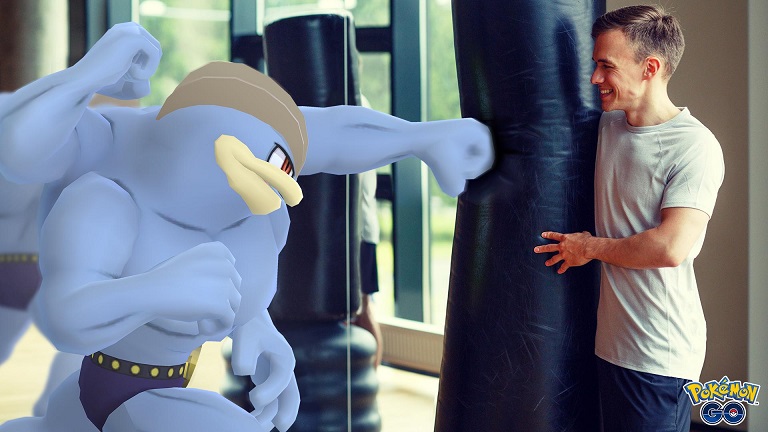 Machamp, or another strong fighting-type, is a must have when battling Giovanni…

Kingler has decent attacking stats which means you don’t want it to last for any more than two Charge Moves. It will use a water, normal or bug-type Charge Move for reference.

Therefore, Torterra is seemingly a good option here. While it won’t help against Entei, it will cover you if Giovanni’s opts to use Rhyperior.

If possible, it’s advisable to build up a Charge Move against Persian which can be used to stun Kingler. Magnezone is an alternative option here.

Trainers will be well aware of how powerful Rhyperior is, especially with the Shadow boost in play. However, it does have two glaring double weaknesses – grass and water.

The aforementioned Torterra is obviously a good choice but so is Swampert. If you’re really lucky and Giovanni’s Rhyperior has Surf as its Charge Move then this should be a relatively easy win. Swampert would also cover Steelix but avoid other water species.

Like Cloyster, Steelix has some of the best defense stats in the game and is also capable of a variety of moves. Garchomp is the best option here as it is extremely resistant to electric (Steelix can have Thunder Fang).

Heatran and Excadrill are two other very good options that match up well with Steelix.

Previously, Giovanni was using any one of the three famous bird legends for his final selection. This was annoying as we couldn’t be sure which he’d use. Now though, we know he’ll call on Entei.

The fire-type legend is by no means a pushover but does have weaknesses against ground, rock and water-types. We also know it’ll have a fire-type Fast Move and, with the exception of Iron Head, a fire-type Charge Move, too.

Trainers will likely have a strong Rhyperior at their disposal considering Rhyhorn was the most recent Community Day headliner. Cranidos can do some damage quick-fire damage also and Swampert is another good choice, which covers some of Giovanni’s other selections, too.