Legendary Pokemon are truly a thing of the past when it comes to Research Breakthrough rewards in Pokemon Go. Niantic find themselves in the unenviable position of keeping trainers engaged with Field Research while rewarding more ‘basic’ species.

Legendary Pokemon had been a staple of the Research Breakthrough rewards ever since they were introduced in April 2018. However, in the latter half of 2019, Niantic started experimenting with non-legends.

It started when little old Flower Crown Eevee replaced a pool of Latias, Latios, Kyogre and Groudon. Naturally trainers were far from happy with this decision and they weren’t shy about showing either.

The subsequent Research Breakthrough reward pool in November and December of 2019 did see the return of some legends, and it was quite a list – Articuno, Zapdos, Moltres, and once again, Kyogre and Groudon. Shortly after though, Niantic offered Lapras (albeit with rare moves) and Woobat in the following months.

The likes of Lugia, Articuno, Zapdos and Moltres as Breakthrough rewards seem to be a thing of the past…

Interestingly, the ice-type Kanto Pokemon only stuck around for a month, in comparison to the usual two months the reward pool lasts for. Fast forward to now and Research Breakthrough rewards have since included Ferroseed, Alolan Exeggutor, Shinx and Trapinch.

While some trainers have no issue with the reduced quality in rewards, many do. Other than Shinx, it’s fair to say the overall sentiment has been disappointment with the rest.

It begs the question, why have Niantic opted to take away Legendary Pokemon from the rewards? There’s no official answer to this but we can look for logical reasons.

The first reason they could have been removed is that they were becoming no longer as ‘Legendary’. When every Pokemon Go player has a particular species, there isn’t a lot that’s legendary about it, as evidenced below.

It would be different if it were like Mew where, despite a lot of trainers having it, you still had to put in a lot of work to get it. On the other hand, Legendary Pokemon, at least at the time, were given out just for completing seven relatively menial Field Research tasks.

Whether it was yourself or a friend, we’ve probably all been guilty of even transferring one or two of them out. After all, having four or more of the same Pokemon isn’t worthwhile, and that wherein lies the problem.

An alternative, more business-driven reason behind the legendary Pokemon being cut back on is Niantic want to encourage Pokemon Go players to participate in Raid Battles. If Legendary Pokemon are being given out willy-nilly then trainers have a lot less of an incentive to compete in Raids.

Players not bothering with Raid Battles is far from ideal for Niantic as a lot of money is spent on the Premium Raid Pass. Sure, you can battle in Raids for free, but there are also a lot of players that want to play them a lot more than once a day.

It’s possible a flaw was seen in their business strategy regarding Legendary Pokemon and Raids, and they made a very conscious decision to remove legendary Pokemon from the Research Breakthrough encounter reward pool altogether. 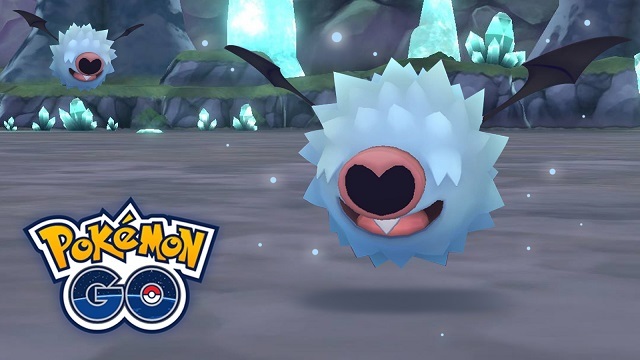 Woobat , the February reward, is a far cry from the likes of Groudon and Kyogre…

Is there a compromise where Legendary Pokemon can return?

Even those most upset by the new Research Breakthrough encounters can probably admit that Legendary Pokemon came too cheaply. The thrill of getting them is taken away when they become too common.

So, their removal seems more than a reasonable decision. That doesn’t mean the system can’t be changed to reintroduce them, though.

Most agree earning an encounter with a legend after receiving seven stamps is too easy. Another way to go about the whole earning Breakthrough rewards is instead to encounter a legendary species after earning 30 stamps. This could even be 30 in a row and would keep trainers engaged every day.

An alternative could be to introduce another monthly special research quest. This could be similar to how encountering Team Rocket’s Giovanni works. With that being said though, Field Research tasks are ingrained in Pokemon Go, and removing them completely would be a shame in itself.

Another more left-field method could be to re-add Legendary Pokemon but make them ultra-difficult to catch. Premier Balls could be used so you have a limit on how many attempts you have to catch it. There’s a variety of ways this could play out but they could make it so an accurate ‘Great’ Curveball throw is the minimum needed to catch it.

Unfortunately, it does look like legendary Research Breakthrough encounters are a thing of the past in Pokemon Go. Who knows though? Maybe Niantic is working on something and they will return one day.