Pokemon Sword and Shield players were given a pleasant surprise with the announcement of an expansion pass, entitling trainers to both the upcoming DLCs.

The first of those is called The Isle of Armor, while the second is titled The Crown Tundra. They are scheduled to release in June and the fall of this year, respectively.

These DLCs will not be free however, something which has drawn mixed reactions from Pokemon fans. Given the amount of content these expansions will bring to Pokemon Sword and Shield, though, the overwhelming sentiment seems to be owners of the 2019 game are willing to fork out a little more to get their hands on the new storylines. 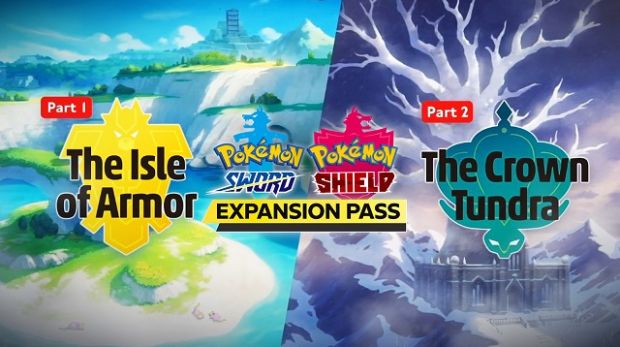 Pokemon Sword and Shield players are desperate for the expansion pass!

A Pokemon press release sent to Dexerto confirmed that the pre-purchase price of the expansion pass will be £26.99. This equates to roughly $35 but it is being sold in North America for $29.99.

This is something UK trainers may feel slightly aggrieved over but fortunately you can already order it for a cheaper price. UK online retailer ShopTo is offering the expansion pack for £21.85. Elsewhere CDKeys is offering it even cheaper at £21.49.

There’s good news for US customers, also, as InstantGaming has it for sale at $28.35. This means if you were happy with the originally announced price you can grab yourself a little discount. It may also convince others to buy it who were on the edge of doing so before.

There’s a couple of important things to note when buying the expansions to Pokemon Sword and Shield. Firstly, and this may be obvious to some, but you must have the original game in order to purchase the expansion pass.

That expansion pass will give you both the Isle of Armor and The Crown Tundra (when they release). There is no way, currently, to buy them separately.

If you own both Pokemon Sword and Pokemon Shield, and wish to purchase the expansion packs for the both of them, they that will require two separate purchases. The expansion pass for each of these games are separate products.

You can buy the expansion pass right now but you won’t be able to use it until the first DLC releases. An exact release date for The Isle of Armor and The Crown Tundra expansion packs should hopefully be revealed soon, and we will keep you updated once more information is available.