How to get shiny Grookey, Scorbunny and Sobble in Pokemon Sword and Shield - Dexerto
Pokemon

How to get shiny Grookey, Scorbunny and Sobble in Pokemon Sword and Shield

Getting hold of a shiny starter is a little more tricky in Pokemon Sword and Shield than previous games but here’s how you can do it.

Long time Pokemon trainers — specifically shiny hunters — will have spent hours in earlier generations restarting their game from the beginning until they get a shiny starter. While time consuming, this was the best way to get one.

However, with the new shiny lock feature in Pokemon Sword and Shield, this is no longer possible. The games’ starter Pokemon cannot be found in their shiny form, at least at the beginning of the game. The news upset shiny hunters but fortunately you can still find them another way.

The traditional methods of shiny hunting are unfortunately out of the window as none of the starters spawn anywhere in the Galar wild. So, with no wild spawns and a frustrating shiny lock in play, there’s only one other way to get them.

You can breed any of Grookey, Scorbunny or Sobble with another Pokemon in the same egg group. This will give you a chance of hatching one of them.

However, a better way to do it and guarantee yourself to hatch the Pokemon you’re after is to breed it with a Ditto. Anytime it is bred with another Pokemon, the egg will hatch the species that isn’t Ditto.

So, if you’re breeding Scorbunny and Ditto, you’ll be guaranteed to hatch a Scorbunny. The iconic Transform Pokemon can be found in the Lake of Outrage, so before you do anything head there and get one! If you’re confused as to how breeding works in general then you can check out our Pokemon Sword and Shield nursery and breeding guide. 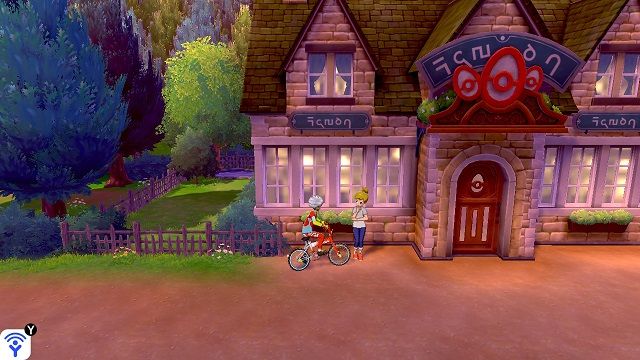 One of the two nurseries in the Galar region…

Why can’t I hatch a shiny Pokemon?

Breeding Pokemon far from guarantees you a shiny. In fact, you have a reported 1 in 4,096 chance, which in Layman’s Terms is highly unlikely. Thankfully, there is a way to dramatically improve those odds.

The most significant way is to breed with a Pokemon that was caught using a different language. Why this increases the odds of a shiny we don’t know, but it has been proven to work and is a phenomenon called the Masuda Method.

Plenty of trainers are trading Ditto for one another in order to get the quintessential perfect breeding Pokemon. Find a trainer from Japan and you should be all set. From there, if you breed any of the Galar starters with ‘Japanese’ Ditto you will go from 1 in 4,096 odds to 1 in 682.7 — or more simply put, six times more likely.

These odds can be improved even further with the possession of the Shiny Charm. This will give you the best possible odds of 1 in 512. While these are by no means odds to shout about, they are the best you can get. It might take a while but if you keep at it you will eventually get that coveted shiny you’re so desperate for.