The Pokemon Sword and Shield leaks keep coming ahead of the hugely anticipated release and this time key details about the game’s shiny forms have been revealed.

If there’s one thing trainers like more than the Pokemon themselves, it’s their shiny forms. Shinies have become an increasingly popular part of Pokemon games over recent years.

While shinies offer no discernible benefit in comparison to their normal counterparts, trainers will spend hours in an attempt to catch a species’ shiny form. Given their popularity it should come as no surprise they will be a part of Pokemon Sword and Shield. 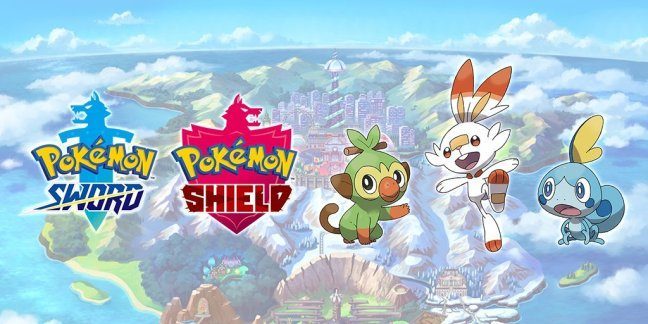 Now, with just days until the Gen 8 Pokemon game releases, notable information about shinies within the game has leaked.

Are the starter Pokemon shiny locked?

It has become tradition for trainers to begin a given Pokemon game and reset it until they get a shiny starter. The starters were shiny locked in Pokemon Let’s Go, meaning the first Pokemon you pick up in the lab could not be shiny.

This has left trainers wondering whether this would be the case for Pokemon Sword and Shield or whether it would revert back to games like Sun and Moon where you could reset for a shiny. According to the leak, shinies will once again be locked for SwSh.

Dataminer Kaphotics who leaked the information clarified details about the shiny lock: “[It] prevents the model from showing up as shiny AND prevents the actual PKM you obtain from being shiny. This is the same as the situation in LGPE.”

For those confused what this means, this prevents the model from showing up as shiny AND prevents the actual PKM you obtain from being shiny. This is the same as the situation in LGPE.

What about breeding and legendary Pokemon?

It could still be possible to breed shiny versions of Grookey, Scorbunny and Sobble but at this stage it isn’t guaranteed. Legendary species within Sword and Shield are also shiny locked.

News of the shiny lock may not be a big deal to a lot of trainers but it’s certainly upset some of the more ardent shiny hunters.

Twitter user JadeStratus_ was left a little confused by the decision: “I understand the dex cuts, but what justifies this? It makes no sense at all. It’s kinda ridiculous actually.”

While we probably won’t get a explicit reason for the shiny lock, many are speculating it is because of the cutscenes within the game.

I understand the dex cuts, but what justifies this? It makes no sense at all. It's kinda ridiculous actually.

Elsewhere EnteiEruption shared their disappointment: “Pathetic…one of my favorite things about the game is to get a shiny starter from the start, and now that’s taken away as well.” This sentiment appears to be the same throughout the community.

Pathetic…one of my favorite things about the game is to get a shiny starter from the start, and now that’s taken away as well…

Websites and content creators alike are trying to remain sensitive to those who don’t want spoilers for Pokemon Sword and Shield. However, given the time many trainers will invest in trying to get a shiny starter Pokemon, it’s reasonable this news is shared ahead of the release.