Overwatch is expected to start its annual Winter Wonderland 2019 event sometime in the week starting December 8, and to celebrate we’ve gathered five skins the community wants to see in this year’s holiday-themed festivity.

The holiday spirit is in the air, as each day we get closer to Christmas. It also means Overwatch’s Winter Wonderland event is about to drop soon, which has fans on the edge of their seat in anticipation.

As is tradition, Blizzard will be releasing a new set of winter-themed skins for a select number of heroes. Here is round up of five skins that the community have been hoping to see.

Orisa | Fawn (With a bow) ? pic.twitter.com/ZQaoxHyU0V

Talented artist ‘Christian Blanco‘ shared his concept on Twitter and wowed fans as it looked so real – some even mistook for it an official skin. His idea sees Tank hero Orisa transforming into a majestic fawn.

The deer head looks striking on the Omnic, as its piercing eyes glow from under its two pointy ears, and has antlers that arise from its crown. The white fur wrapped around the upper body give it a perfect winter feel.

More screenshots of the skin were posted on his social media, showing variations of the eyes, with one of them glowing red alongside its nose – a clever homage to Rudolph the Red Nosed Reindeer. 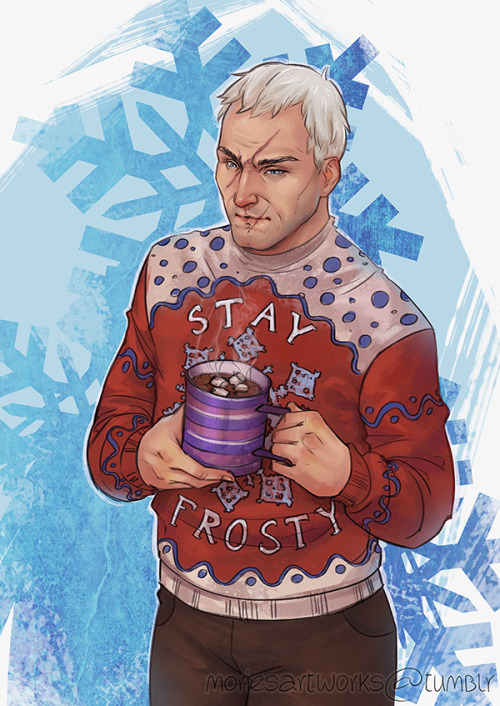 Soldier would look amazing in an ugly Christmas sweater.

Perhaps the most requested Winter Wonderland skin to date has been Solider 76 in an ugly Christmas sweater, and Tumblr artist ‘Morie’s Artworks‘ perfectly captured the holiday tradition with their design.

The Damage hero has a tradition of having “regular clothing” skins, such as his iconic Grillmaster outfit that was released for the Summer Games event, which imagines our warrior as a dad cooking BBQ.

Soldier 76 already has a Winter Wonderland victory pose of him holding a hot cup of cocoa, which is just another reason this skin is perfect. Fans have taken to message boards in the past, disappointed that it hasn’t happened yet. Maybe this is the year?

[Self] My own design for a Christmas Mercy from Overwatch skin! from cosplay

While not a drawn concept, cosplayer ‘sassyumbreon‘ stunned fans with her take on Mercy as the traditional Christmas angel that is often seen in nativity displays, or on top of Christmas trees all around the world.

The costume shows the support main wearing a flowing gold sash that wraps around her shoulders, a traditional rope belt on the waist, and a flowing white skirt. The angelic outfit had fans asking for it as a skin.

Seeing as Mercy is already designed around being a guardian angel, this concept is the perfect match for the iconic symbol for many during the holiday season.

Popular artist ‘vicki sigh‘ shared her adorable D.Va winter skin on her Twitter, which sees the Tank’s mech redesigned as a Christmas reindeer, while the beloved hero rocks a red and white holiday outfit.

The incredible artwork is bursting with colors and intricate details, from the mech’s candy-cane weapons, to the antlers on top, which creatively have Christmas lights strung across them.

Fans praised the design, with many begging Blizzard to make a similar skin for the annual event. As of the time of writing this article, the post has over 4.3 likes. 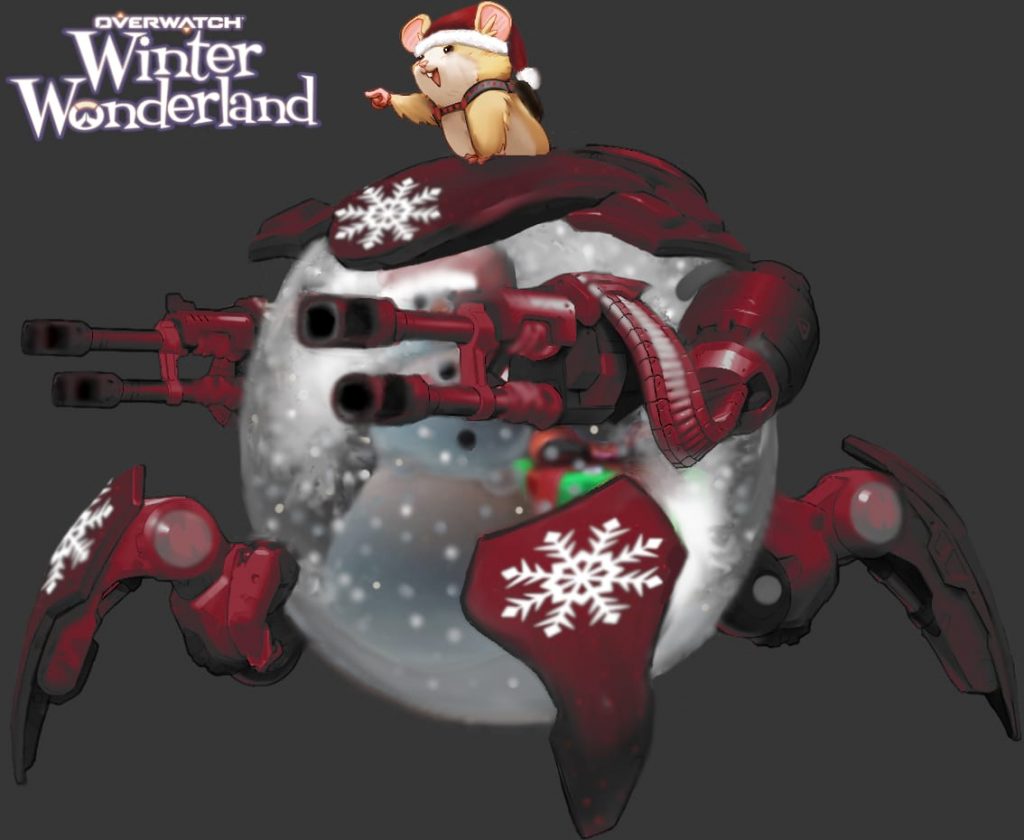 The creative skin concept would be the perfect fit for Winter Wonderland.

Over on the Overwatch subreddit, creative artist ‘Devygone’ posted their brilliant concept which takes Hammond’s mech ball, and turns it into a snow globe.

The skin idea is so good, we wrote an entire article about it. Inside of the globe, snow particles move around, which would be a sight to be seen in action as players zip around the map.

To tie the whole thing together, the artist envisioned the cute Hammond rocking a Santa hat as he takes down his foes, making this an obvious fan creation that Blizzard should take inspiration from.