A creative Fortnite fan has designed a new concept skin that would allow players to show their devotion to Kevin the Cube after his untimely demise during the Fortnitemares in-game event.

Designed by Reddit user ‘QuirkyKlyborg’, the skin titled ‘Cube Disciple’ would allow players to show their devotion to the cube, celebrating his life and ultimate death by wearing a skin dedicated to the large purple object.

Fortnite fans were forced to say farewell to Kevin on Sunday, November 4 when the cube began to spin at Leaky Lake, eventually rotating so quickly that it broke apart, causing players to teleport into a strange white dimension momentarily.

By the time players were thrown back into the Fortnite map, Kevin was gone, with the islands that the cube had been causing to float in the air crashing back down into Leaky Lake.

The concept skin features a hooded figure, with the mysterious runes left behind by the cube when it roamed around the map covering the cloak. The skin is half purple, which QuirkyKlyborg states is because the character has “become one with the cube.”

The Cube Disciple also carries its own custom pickaxe, a tangled branch from a tree which the designer says is “morphing” into a substance similar to the cube. 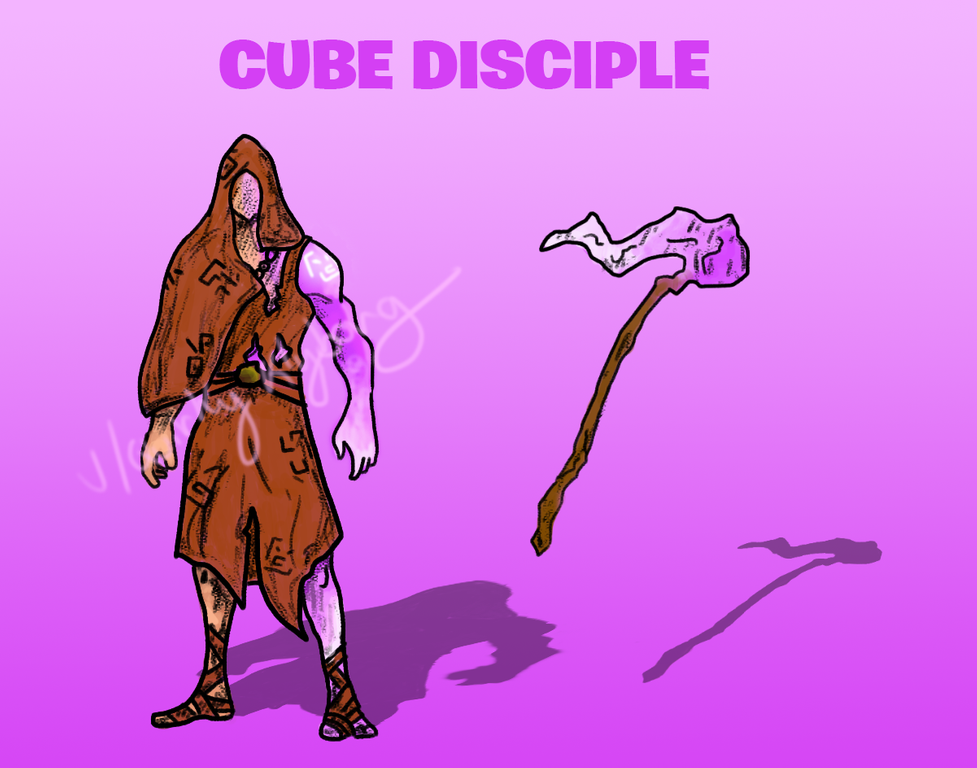 Artistic Fortnite fans have been hard at work attempting to create concept skins and items that honor Kevin the Cube, who was a fixture on the Fortnite map since he first appeared back in August.

Unfortunately for fans of Kevin, this skin is nothing more than a concept drawn up by a mourning Fortnite fan, and there are currently no official plans to make the Cube Disciple available for purchase.