As part of a promotion for the upcoming Star Wars film, Fortnite is hosting an exclusive in-game screening of a scene and it’s looking like a free TIE Fighter glider will be up for grabs.

The Rise of Skywalker is set to conclude the nine-episode Skywalker Saga with a bang and Fortnite is getting in on the action by offering up a new trailer in-game.

This event will be held in Risky Reels on Saturday, December 14 and it’s sounding like attendees will be able to get their hands on some free Star Wars cosmetics just by showing up.

According to a leak on the PlayStation Store, Fortnite will be giving out a free glider called the TIE Whisper to anyone watching the event. This means that your Stormtrooper skin will now have a nice TIE Fighter to glide down into the action on.

RUMOR: The Star Wars Promotion Glider got leaked early on the PlayStation Store! These 2 images have been found, and since one of them even shows the glider In-Game, I believe these images aren't faked!

On top of this leak, there’s also another one that suggests lightsabers could be coming to the game in the near future. A lightsaber pickaxe would be considered a must-buy for many Star Wars fans so it makes a lot of sense for Disney and Epic Games to work something out to bring this into the game.

However, it’s important to note that outside of the event happening, the TIE Fighter glider and lightsabers remain leaks. There’s not a whole lot of time left to wait until we figure out what’s real and what’s not, so just remain patient. 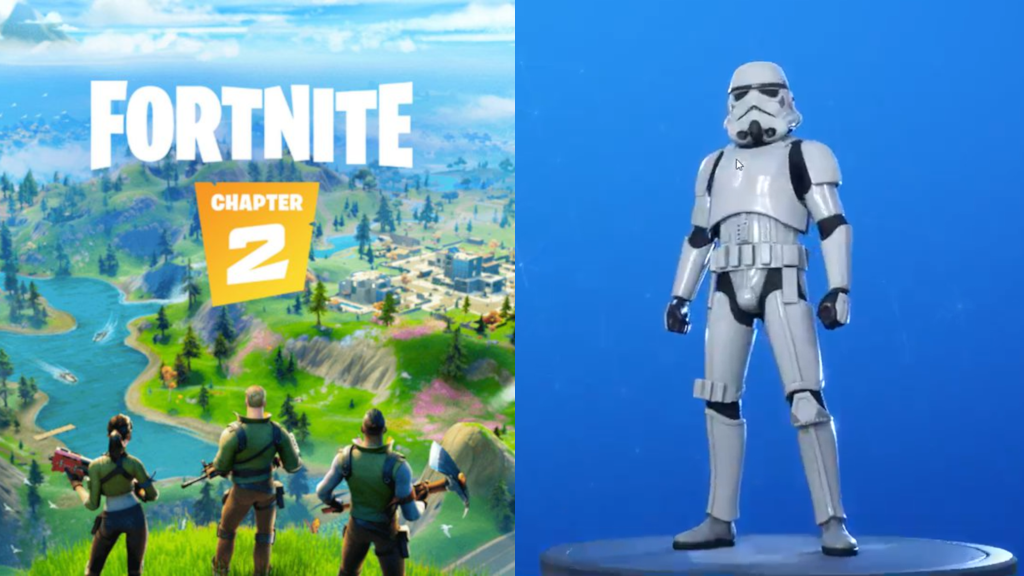 Stormtroopers have arrived in Fortnite.

The first Star Wars crossover we saw was a promotion with Star Wars Jedi: Fallen Order, which is available on the Epic Games Store. Those who purchased the game there were given a free Stormtrooper skin in Fortnite as an added bonus.

To commemorate this promotion, a large Imperial Star Destroyer appeared in the sky above the island to let the players know the Empire was in charge.

As it turns out, that was far from the end of the Star Wars crossover content if these leaks are anything to go off. The construction that was in progress at Risky Reels has already been undone so players have a good viewing area of the exclusive scene taking place on Saturday.

In the meantime, you can check out our list of Star Wars cosmetics we’d like to see added into Fortnite.