Fortnite players are convinced that they can hear the sound of a dragon in-game, and top streamer Tyler ‘Ninja’ Blevins thinks it’s possible that a dragon will be the next mythic weapon.

Hints at a dragon first came with leaks showing a mysterious egg, supposedly buried under the castle near Polar Peaks.

Thanks to a glitch, a player was able to get under the castle, and indeed, found five of these so-called ‘dragon eggs’ resting underneath. 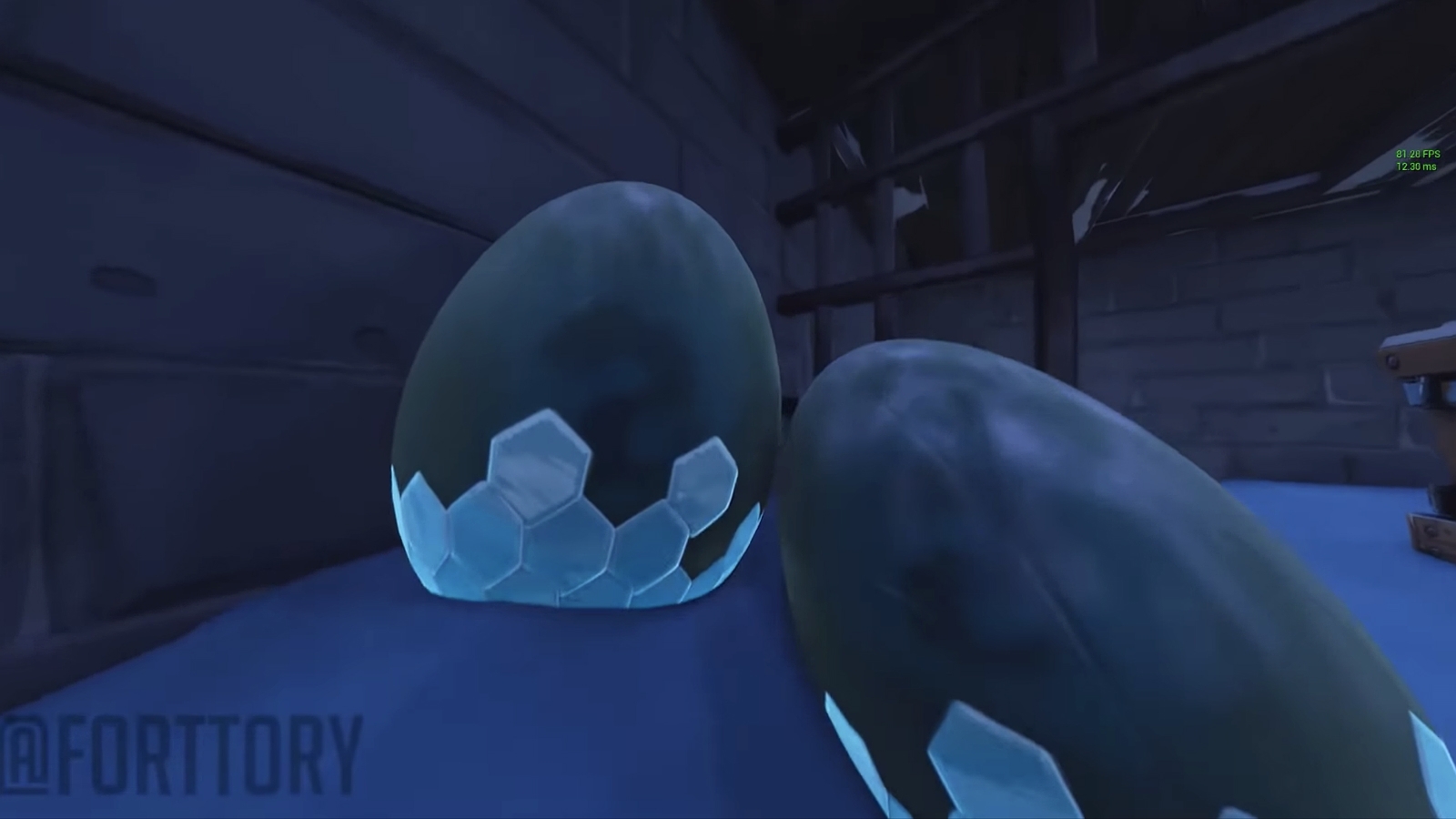 Now though, an even bigger clue has been discovered – actual in-game noises.

Although it can’t be said with certainty that these are the sounds of a dragon, it seems unlikely that it would be any other creature, given the leaks we’ve seen already.

This clip from G2 esports player and streamer Dominik ‘RazZzero0o’ Beckmann includes the noises, which you can hear in the background throughout.

As rumors of the dragon noises spread, players began speculating on how such a potentially game changing feature could be implemented.

“That’s the next mythic, for sure” Ninja says, “it will be a dragon with like 5000 HP, it will be so massive.” Fellow streamer Ali ‘SypherPK’ Hassan jokes “we’ll know exactly when the dragon’s coming – as soon as they announce the next big tournament.”

Epic Games have been silent on the dragon noises being heard, and of course never comment on any leaks, but fans are now anticipating some official hints as to when we will see these dragons in game.

However, many players will also be cautions in their expectations, after the controversy over the far too powerful Infinity Blade. If these dragons are indeed a powerful mythic weapon, hopefully they are given a separate mode, and are not added by default to every mode.

Test your Fortnite Battle Royale knowledge with our extra hard weapon quiz – how well do you know the weapons in Fortnite?