Epic Games have run out of letters to hide in the Fortnite loading screens for Season 1, Chapter 2 and have replaced it with a hidden XP boost. If you would like to know where to find it for the Chaos Rising challenges, we’ve got the exact location.

Previously, week-by-week the game’s developers would hide one of the letters from the game’s name, which is Fortnite of course, inside the loading screen and players would have to use the clue to find it in-game to check off one of the weekly tasks.

Having already given fans the opportunity to find F all the way to E, now there’s something different available – a secret boost of XP. Unlike many other weekly loading screens, however, this one is certainly harder to see than many that have come before it.

So, let’s take a look at where to find it.

Week 9’s graphic, which can be unlocked by completing at least eight missions from the Chaos Rising challenge list, shows a character staring at a few different television monitors, almost like a scene from inside a hatch in the popular TV series Lost.

One of these small monitors has the answer you’re looking for in terms of the XP Drop location and we’re going to make it that bit easier for you by circling it below.

Once you have identified this location in the image, you’re going to have to search for it across the Fortnite Battle Royale map, but we’ll help you with that as well a little later. 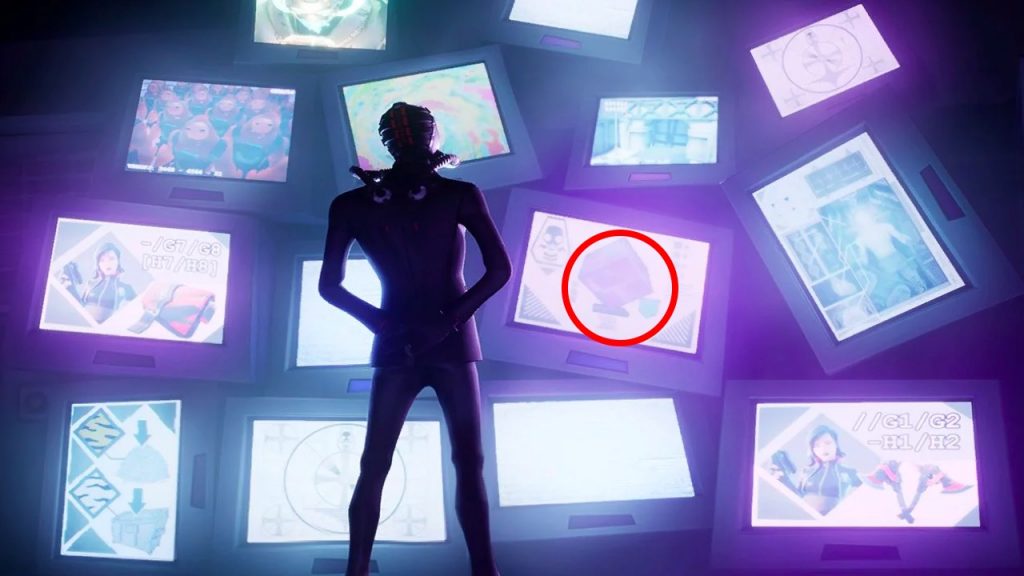 Here you can see that the hidden XP Drop is located right next to Kevin the Cube.

Where is the XP drop hidden in Fortnite?

Knowing what you now know, you’re going to have to find Kevin the Cube in-game and it’s not too difficult to reach. Simply jump off the Battle Bus at the start of a game and head over to Steamy Stacks.

Here, at the power plant landing spot, you can find the cube. It’s located at the very front of the area, in the parking lot, as seen in the graphic below. 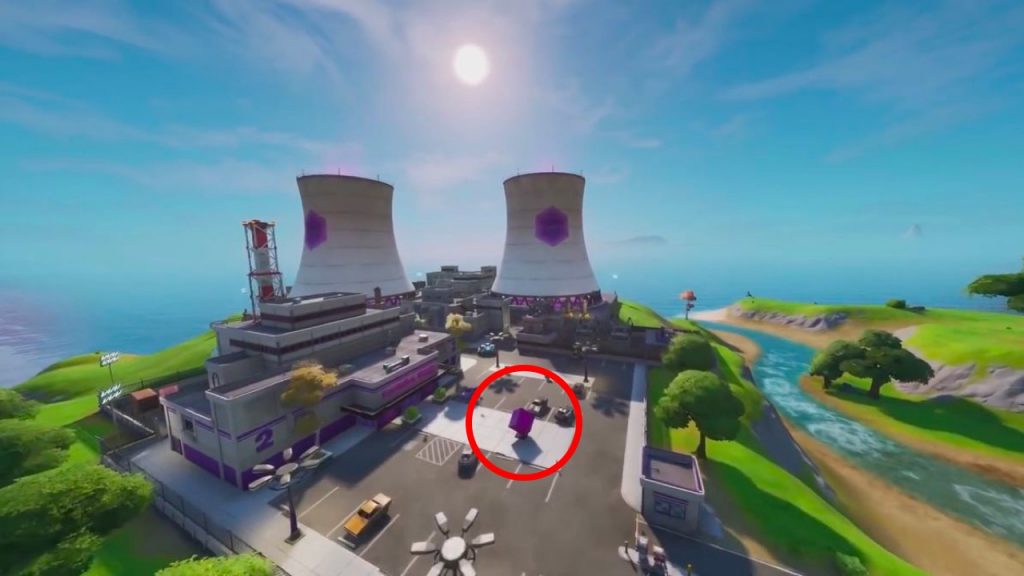 Go towards the Kevin the Cube sculpture at Steamy Stacks and you will find the XP Drop waiting to be collected.

Once you have collected the XP Drop you will be rewarded with some bonus XP and will have crossed off another one of the Chaos Rising challenges – of which there are 11 in total.

It’s worth noting that this is only available to Battle Pass owners as well, so if you don’t own it, there’s no way of collecting the hidden drop. Good luck!