Week 9 of Fortnite’s Chapter 2, Season 1 is here, which means Epic Games are adding another set of brand-new Mission challenges for players to sink their teeth into.

Anyone who has been playing Epic Games’ blockbuster battle royale title for a while will know that the developers ditched the old weekly challenge system they used to employ, instead switching to limited-time Missions at the start of Season 10.

As usual, Battle Pass owners will have a new Mission added to their game on Thursday, December 5, bringing with it a number of new challenges that players can complete to earn XP and Battle Stars to rank up their pass and unlock cosmetic items. 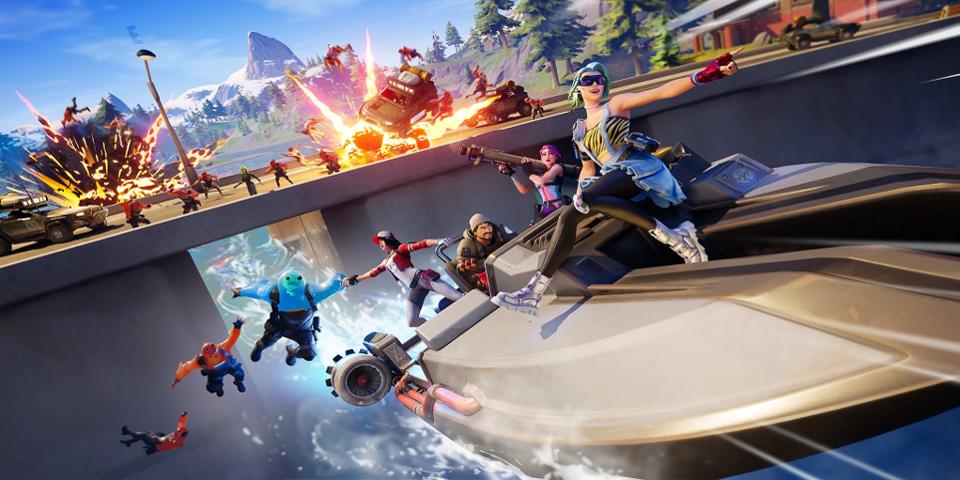 Fortnite players will need to hop in a Motorboat for the Chaos Rising challenges.

Unlike previous weeks which saw the Mission title hint at the challenges found inside, Week 9 is titled “Chaos Rising,” and sees players take on a variety of different challenges that don’t seem to follow any specific theme.

Players will be utilizing the game’s various movement tools such as Motorboats and Ziplines to rotate around the island, while players will also need to practice their skydiving at Steamy Stacks, where they need to make their way through a series of rings placed high in the sky.

Searching Chests and Ammo Boxes also plays a part in Chaos Rising, while players need to get up close and personal with opponents if they want to find three eliminations with shotguns, and three from within 5 meters. You can view all of the Chaos Rising Mission challenges below.

Completing eight of the Week 9 Missions will unlock a special loading screen as a reward, but there is no hidden letter inside the screen this week for players to track down as part of the Alter Ego Mission.

Battle Pass owners have seven days to complete the Chaos Rising Mission, so make sure to hop into the game and start grinding them out before the timer runs out on Thursday, December 12.