Streamer gets rejected after trying to ‘make a move’ in Minecraft

Popular Twitch personality ‘NymN’ teamed up with Korean streamer ‘HAchubby‘ to play Minecraft together on August 23 when he discovered the true meaning of rejection.

Minecraft has seemingly taken over Twitch, as it continues to surge in popularity. With its renewed interest, more streamers are tackling the sandbox game for their audience.

During an August 23 collaboration between NymN and Korean streamer HAchubby, things took a hilarious turn when the Swedish streamer tried to ‘make a move’ on his friend, and it didn’t go well.

‘What if we put our Minecraft’s bed next to each other?’

While exploring, the two began to look for shelter. When the Korean streamer put her bed down, the Swede came up with the idea of putting their two beds side by side, so that they could sleep together.

“Hey, uh. What if we put our I dunno, Minecraft bed’s next to each other?” the streamer asked, as he cracked a smile and put his bed down next to hers. 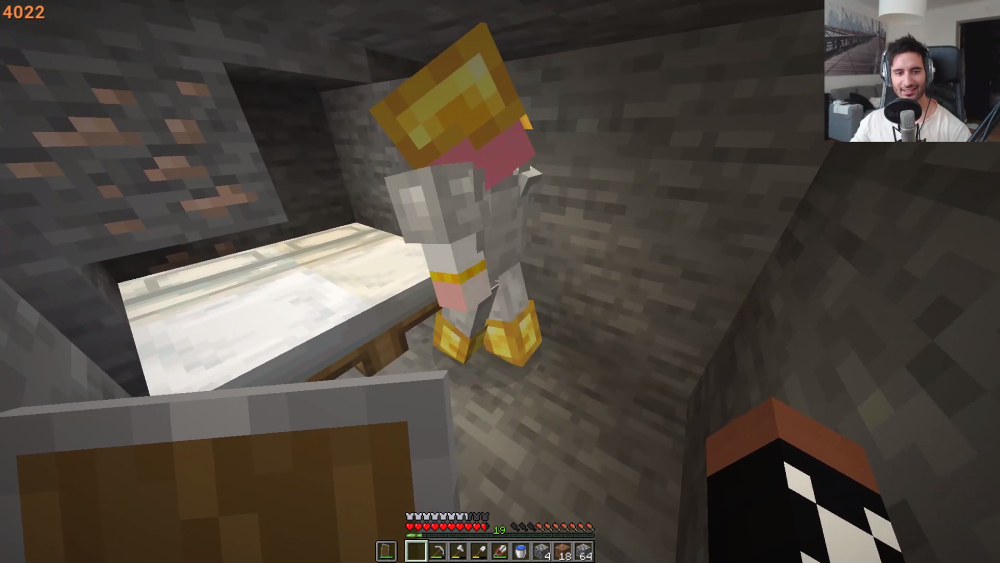 NymN asked if their beds could be next to each other.

Soon after placing the two beds side by side, the Korean streamer gave him a blunt reply that was not what he was hoping for: “What the fuck?”

HAchubby’s character then looked down at him before turning to look at the bed to see what he had done. “Oh… uh…” she said.

The streamer then hilariously walked over to her bed without saying anything more, and used her pickaxe to destroy it.

“WHAT!?” NymN screamed out of rejection. But the whole thing was all in good fun as the Swede said “Fine…” and put a block between them, so she would have a place to sleep privately.

HAchubby has made waves on Twitch since she joined the platform a few months ago, and even streams from work to satisfy her newfound audience.