Previously banned streamer hits out at Twitch over Amouranth

A streamer who had been previously banned for revealing too much of his body has called out Twitch for its apparently inconsistent policy regarding suspensions, using professional cosplayer and online model Kaitlyn ‘Amouranth‘ Siragusa as an example.

One of the biggest criticisms against Twitch has been its alleged lack of consistency regarding streamers who violate community guidelines. There are still many who are confused about who should get punished, and for how long, because some broadcasters are getting hit with bans while others aren’t, even though they’ve very clearly broken streaming rules.

The latest to lash out at Twitch is ‘cometpants,’ a relatively small-time streamer who has 1,632 followers on the platform, but was previously hit with a ban after displaying content that was deemed inappropriate.

Cometpants was upset because he felt that other streamers, including Amouranth, haven’t been banned for appearing on stream wearing similarly revealing clothing. 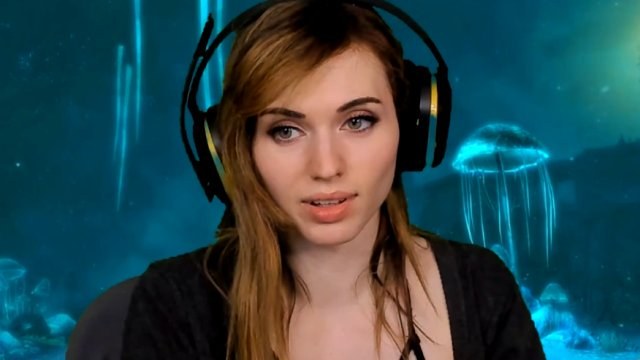 Amouranth’s popularity has exploded on Twitch ever since she was banned for accidental nudity.
[ad name=”article3″]

Watching a clip that was taken from one of Amouranth’s recent streams, Cometpants couldn’t believe that she was allowed to consistently broadcast wearing minimal clothing while he was punished for a one-off incident that he felt wasn’t even that bad.

“I got banned for showing my bulge, and this is allowed, are you f*cking kidding me dude?!” he said incredulously. “Give me a break!”

He did make it clear that he didn’t believe that neither his or her actions in front of the camera should be deserving of a ban, but rather that Twitch should let everyone stream in such a manner if they’re going to allow a single person to do it.

Ironically, Amouranth was indeed recently suspended by Twitch after accidentally revealing too too much of herself in front of a live audience while playing with her dog on stream.

Her suspension ended up considerably boosting her popularity on the platform, and she even became the fastest growing streamer at one point following the ban.