After returning from a three-day ban, Kaitlyn ‘Amouranth’ Siragusa has become the fastest-growing channel on Twitch, with an almost 50% increase in followers.

Even before her ban, Amouranth was the third most popular female streamer on the platform, behind only Imane ‘Pokimane’ Anys and Kristen ‘KittyPlays’ Michaela, but has now overtaken the latter, moving up to second.

On September 9, her channel was suspended for an unfortunate wardrobe slip-up which led to her inadvertently exposing herself multiple times.

Her ban came swiftly, but ended soon after with her channel reinstated on the platform on September 12.

Due to the viral nature of not only the clip itself but the ban too, Amouranth became one of the most-talked-about names on all of Twitch and social media, resulting in a healthy boost to her follower count.

As viewers flooded to her channel to leave comments in the chat, they were required to follow the stream to post a message, a move which likely helped to boost the follower count even more. In the seven days following her ban, Amouranth has gained over 400,000 new followers, beating out the second-most followed channel in the same period by 300,000. 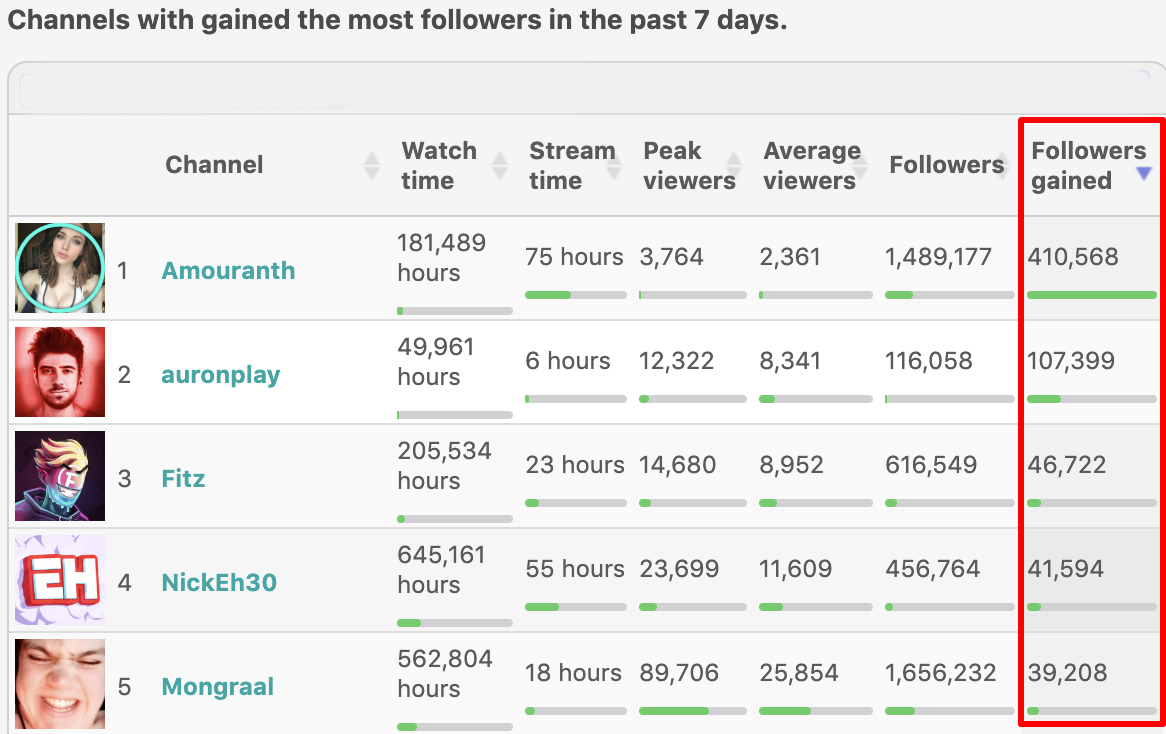 Amouranth’s following has enjoyed a massive boost since her ban.
800[ad name=”article3″]

Her follower count was over 1.1 million prior to her suspension but is set to hit 1.5 million in the coming days, with no signs of her growth slowing down yet.

Amouranth herself acknowledged that her ban had resulted in a massive surge in interest for her and her stream, showing the spike in Google searches for her name.

It's literally impossible to predict what will blow up on the internet. This banning drama has made me more relevant that everything I've ever done combined.

LSF for the MVP. pic.twitter.com/uXj2IdP0le

She is best known for ‘Just Dance’ streams and ‘ASMR’, but her choice of clothing on these broadcasts have been criticized by fellow streamers, who have argued that Twitch gives more leniency to her.

Twitch itself has faced backlash for bans in August and September, after a handful of artists were banned due to the adult nature of their art.

Another streamer, Fareeha, was banned because her workout clothes were deemed to be “underwear or lingerie”. These bans have led to claims of inconsistency in Twitch’s rulings.

Streamers xQc and Trainwrecks debated whether Amouranth may have “deliberately” caused the wardrobe malfunction, knowing she would be banned but that the subsequent attention would give her channel a boost.

Regardless, the 25-year-old streamer has enjoyed a boost on her channel, but will no doubt be avoiding any further community guideline violations, as repeat infractions could lead to an indefinite suspension.