YouTube Rewind 2019 is finally here – and the platform has made a major change to their year-end wrap-up video in wake of outrage from last year’s Rewind.

Rather than featuring an original skit featuring some of YouTube’s more “family-friendly” faces, this time, YouTube published a lineup of the year’s most popular creators and videos.

The platform even addressed the backlash from their previous Rewind, including reactions from such YouTubers as Casey Neistat, RiceGum, and H3H3’s Ethan Klein before delving into 2019’s most-liked content.

Unsurprisingly, longtime YouTube star Shane Dawson came in at tenth place with his viral “Conspiracy Theories” video, which took the online world by storm thanks to its investigation of Chuck E. Cheese’s pizzas (who even responded to the mass suspicion incited by the documentary).

Beauty Guru James Charles landed in seventh place due to his “No More Lies” upload, which addressed drama with his mentor Tati Westbrook after she accused him of using his fame to manipulate fans.

YouTube king “PewDiePie” likewise made the list in second place, with the documentary of his wedding to wife Marzia gaining over 4.7 million likes.

Perhaps the most impressive placement comes from “MrBeast,” whose video “Make This The Most Liked Video on YouTube” actually succeeded in its quest (this year, at least), reaching over 10.9 million likes (and even becoming the most liked non-music video on the site, to boot).

YouTube is one of the biggest platforms for video game content, and as such, showed off its most viewed video games this year, with Roblox coming in at fifth place, Garena Free Fire at fourth, and Grand Theft Auto in third with 36.9 billion views overall.

Fortnite, the free to play battle royale game that took the world by storm in 2017 is still killing it two years later, topping YouTube’s list at second place with 60.9 billion views.

Minecraft topped YouTube’s list of most viewed video games of 2019.

The king of video games this year, however, is Minecraft, raking in 100.2 billion views in wake of PewDiePie’s notable foray into the game as a self-described “Minecraft YouTuber.”

Considering the massive wave of success and media attention that followed his beef with Tati Westbrook, it comes as little surprise that makeup mogul James Charles came in first place with 1.6 million views for his Spanish makeup tutorial.

Of course, YouTube and beauty go hand in hand with names like Jeffree Star – and Shane Dawson, for that matter, who secured second place thanks to his viral “The Beautiful World of Jeffree Star” documentary with 1.4 million views.

Star himself came in at fourth place, thanks to his no tea, no shade review of Kylie Jenner’s skincare line.

While names like “Azzyland” and “Lazarbeam” made YouTube’s top ten most viewed content creators, MrBeast found himself in the mix, once more, standing in 7th place with a whopping 2.2 billion views thanks to his generous cash giveaways and insane challenges.

Dude Perfect likewise made the cut, cashing out at 2.3 billion views thanks to their impressive stunt work, with vlogger David Dobrik finishing at fifth place with 2.4 billion views (in spite of his reportedly miserable adsense revenue).

Also mentioned in YouTube’s list were its Most Liked Music Videos, Most Liked Dance Videos, and Break Out Creators, which included such names as Pakistani YouTuber Shoaib Akhtar, traveling vlogger Jennelle Eliana, and even Stranger Things actor Noah Schnapp. 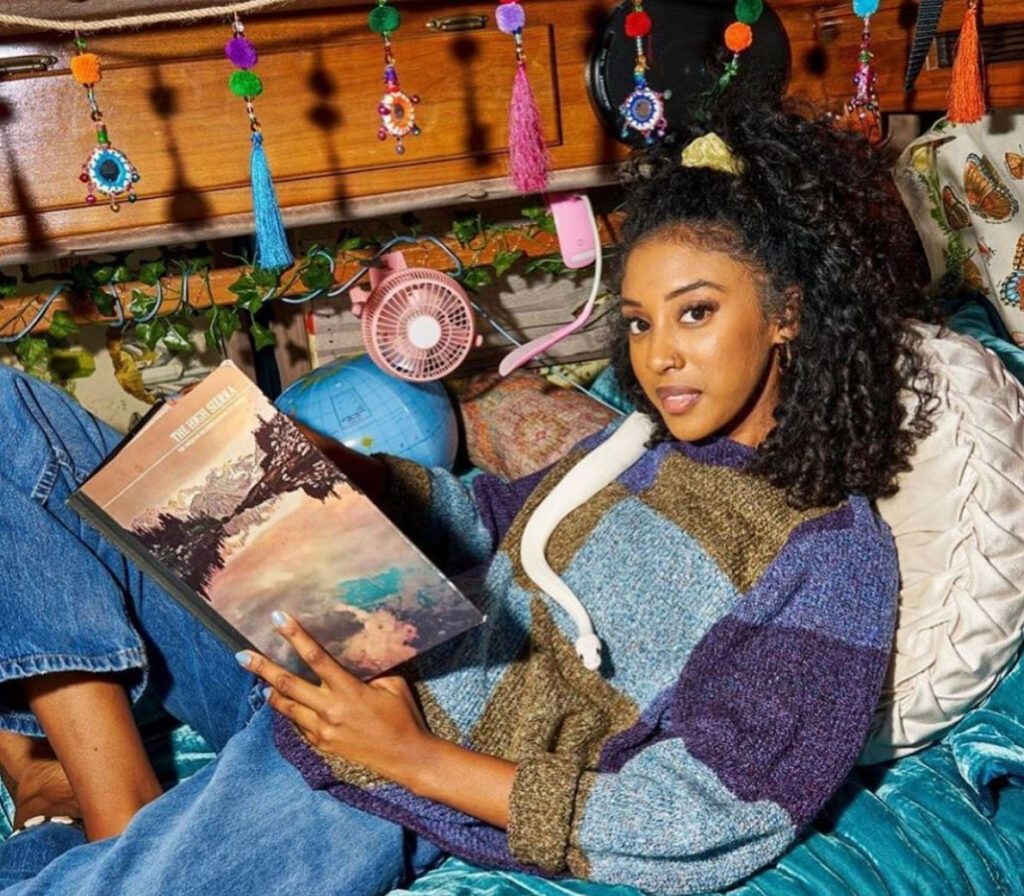 YouTube also shone a spotlight on its other international and breakout talent, such as Kaykai Salaider for being the first Thai creator to hit over ten million subscribers, “Badabun” for being the site’s largest Spanish-speaking channel, and Aya Nakamura for being the most watched female artist in France, among many others.

In spite of trying to right their previous wrongs, though, it doesn’t look like YouTube Rewind 2019 is being met with praise, with their video boasting 110k dislikes to 87k likes at the time of writing. 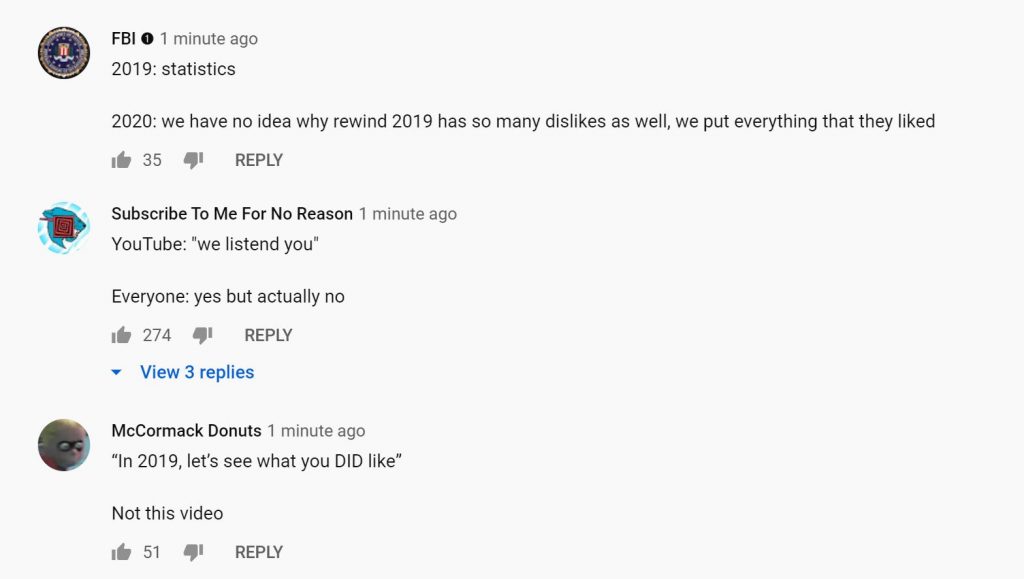 Commenters across the net aren’t pleased with YouTube Rewind 2019, either.

Many commenters are accusing the platform of “not trying” with their latest video and reusing other creators’ content, as well as refusing to include other major moments from 2019 like PewDiePie reaching 100 million subscribers (which they gave to T-Series, for being the first to do so) and the KSI vs Logan Paul rematch.

Thus far, it doesn’t look like YouTube is off the hook, just yet – but having just been released, there’s still breathing room for the internet to change its mind.