Joe Rogan has explained why he won’t do First We Feast’s infamous Hot Ones talk show during an episode of The Joe Rogan Experience.

Hot Ones is a unique talk show that sees host Sean Evans joined by all manners of celebrity for an interview unlike any other.

On the show, Sean interviews his guests while they eat chicken wings (or cauliflower wings for the non-meat eaters), with the hot sauce on the wings getting progressively spicier and harder to deal with as the show goes on. 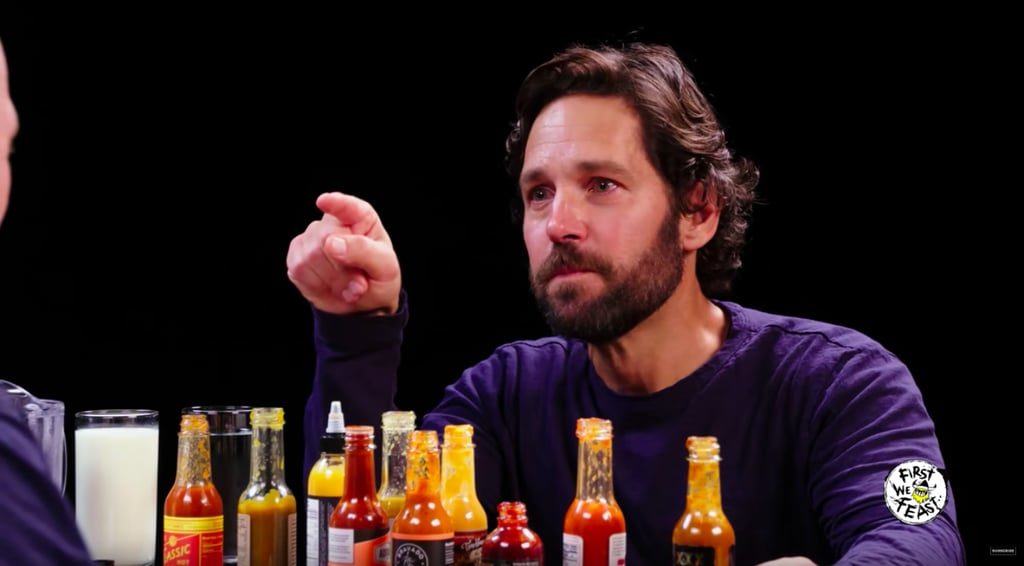 Hot Ones brought us one of the most iconic memes of 2019 thanks to Paul Rudd.

Sean has had international stars such as TV chef Gordon Ramsay, actor/comedian Kevin Hart and multi-platinum recording artist Post Malone sat across the table from him, but Joe Rogan has confirmed that he would not be willing to do it.

After his co-host, Brendan Schaub, suggests it would be fun to see him on there, Rogan continued: “I know, but why are you asking people personal questions when they’re crying?”

Though Rogan seemed to be somewhat serious in his reluctance to partake, he was laughing about it and clearly wasn’t too upset by the idea of asking questions while consuming hot sauce.

He does confirm, though, that he has some decent experience with hot wings, referring to a place in Boston that sold ‘suicide’ hot wings – assuming because they were so spicy.

So, it can’t be said that Rogan is scared of the premise of it, unlike other celebrities might have been in the past.

Whether he wants to or not, Rogan would likely be a brilliant Hot Ones guest, with countless stories to tell and a great sense of humor that could easily carry the show to its end.

Here’s to hoping Evans can pull some strings. He’s already had top internet personalities such as Ethan ‘H3H3’ Klein and Casey Neistat on the show, and Rogan would be a great addition.