YouTube king Felix ‘PewDiePie’ Kjellberg had his mind blown playing Minecraft for the first time in VR as the experience brought his in-game created world ‘Broland’ to life.

Virtual reality has the potential to transport gamers into the worlds that they play in and the immersive medium is the perfect match for Minecraft, which sees players building their own unique creations.

During his September 27 video, PewDiePie found this out first hand as he explored his user-created world ‘Broland’ for the first time, and was blown away as it was brought to the real world.

After launching his game for the first time in virtual reality, the Swede was excited when he saw his horse Joergen and immediately went over to pet him. “Joergen! Oh my god! You’re so beautiful!”

In an incredibly wholesome moment, things got emotional when the YouTube star saw his faithful dog and sidekick Sven. “Sven I missed you! Give me hug. Awwww. You’re a good dog Sven!” Pewds said, bending over to hug the canine and pet him.

While exploring his base, he then saw IKEA tower and rushed over to it, looking up in awe at the beacon he created which towered over him as VR gave him a new perspective on the size of it. “Oh my god IKEA tower. It’s so big! You see this Sven? Oh wow, oh god!” 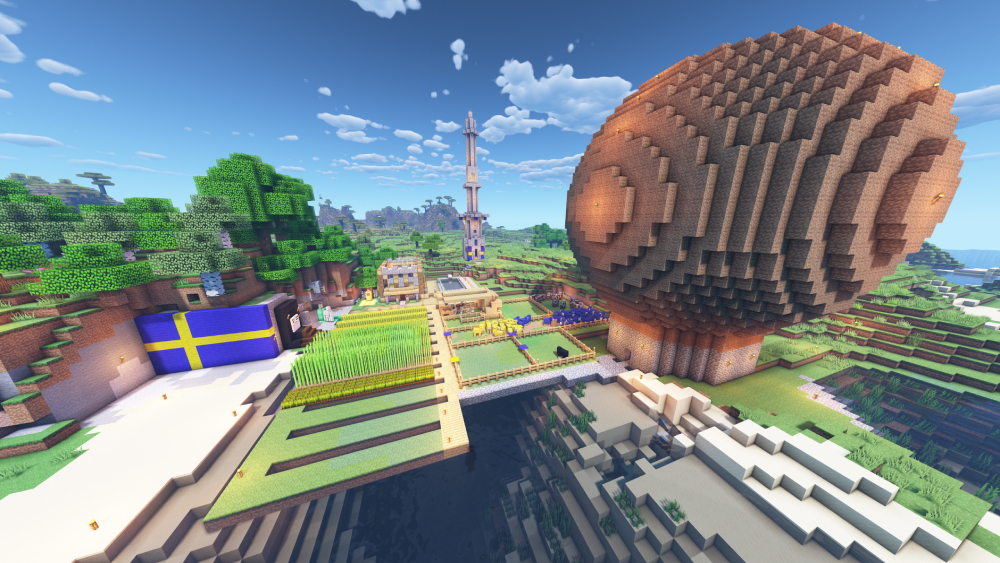 The YouTube king then kneeled down in front of the beacon of light, and gave a tribute to his in-game pets that had died. “I take a knee for my fallen angels… This is so cool!”

He then became overjoyed when he saw the giant Swedish Meatball statute he’d created for his base. “Oh my God, can I go up the meatball?!” he asked, checking out the travel passage he made.

Holding his arms up, the Swede shot through the center and to the top. “Yes! My dream is coming true! That was awesome!” he yelled in excitement.

PewDiePie has a lot to celebrate, as he is the most subscribed individual creator on YouTube with over 101 million subs, after he broke his 100 million sub milestone on August 25.

As his Minecraft series continues to perform well, with daily videos routinely hitting 10 million views, his channels growth shows no signs of slowing down, as the Swede finds new ways to entertain in the popular sandbox title.

After PewDiePie’s mind blowing experience in VR, perhaps he will make these a regular staple in the series. After all, he’s already slayed the final boss in the vanilla version of the game.