Alinity explains why she just can’t win after dog drama

Twitch streamer Alinity Divine has revealed that she understands why people hate her as she finds herself embroiled in another controversy over the way she treats her pets, claiming that her actions do not have “malicious intent.”

Alinity is a divisive figure on the Amazon-owned streaming platform and came under intense scrutiny back in July when a clip went viral of her tossing one of her cats over her shoulder, and spitting vodka into the mouth of another.

Now Alinity faces further criticism as video clips of her dog pushing its nose into her groin on multiple occasions go viral, leaving many — including PETA — to call for her permanent suspension from Twitch. 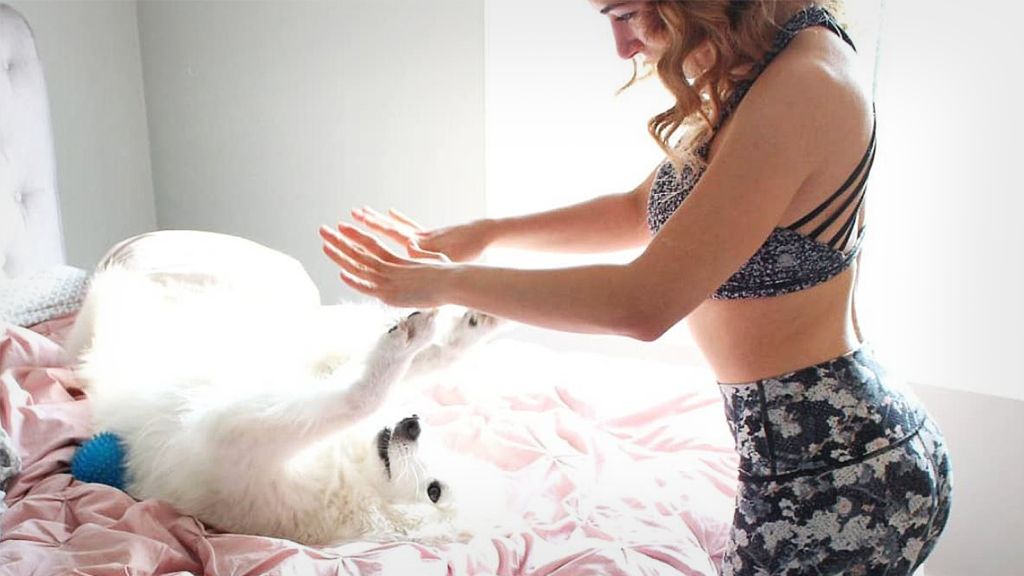 Alinity has faced criticism for clips involving her dog.

With the Colombian again facing questions over her behavior, during her December 5 stream, Alinity explained how she feels she couldn’t win in that scenario, claiming that if she had been forceful in trying to push it away, she would have been called out for abusing her pet.

Alinity also admitted that she understands why people may hate her, but that she has never had any intention of placing her pets in situations that would cause them harm.

“So just come here, chill with me, get to know me and then maybe you’ll get to see that I’m a cool person. I just want to share my love with the world. I’m not perfect, and I made a sh*tload of mistakes, but there’s no malicious intent in any of the mistakes I made. I didn’t go ‘Oh my God, I want to hurt my animal by letting her lick something out of my mouth.”

Despite calls from many for Twitch to take action against Alinity, her channel remains active, and it appears unlikely that she will receive any punishment for the clips that spread across social media.

Alinity herself believes the scandal is “ridiculous,” stating that people have gone “way too far” in her opinion.