New York star Thomas ‘ZooMaa’ Paparratto knows there’s already heavy expectations resting on the shoulders of the first-ever Call of Duty League, but believes fans should give it “time to grow” before delivering a final verdict.

With the 2020 CDL season set to be played on Infinity Ward’s near-universally hated Modern Warfare release, many fans are already worried the title’s issues, from spawn problems, to broken guns, and poor maps, could all plague the league.

No matter what happens as the CDL ramps up into its first city-vs-city franchise comp, ZooMaa said, fans should expect it to be a “development” year as organizers, teams, and players all find their feet.

ZooMaa is set to be a centerpiece player for the New York Subliners roster in 2020.

“I feel like the first year is like… we don’t know what’s going to happen,” ZooMaa explained during his appearance on The Codcast #20.

“There could be a lot of slip-ups, and we don’t know what’s going to happen, so I don’t think we can judge the whole competition off the first year.”

The former FaZe superstar did add he was still “very excited” for the Call of Duty League to kick-off, especially considering it’s basically becoming a “roadshow” of esports for fans across North American and Europe.

“I’m excited for franchising, I can’t wait for everything going on,” he said, but re-stated how fans should keep their expectations tempered. “Remember, though, it’s brand new. We are literally the first people to be doing this sh*t.” 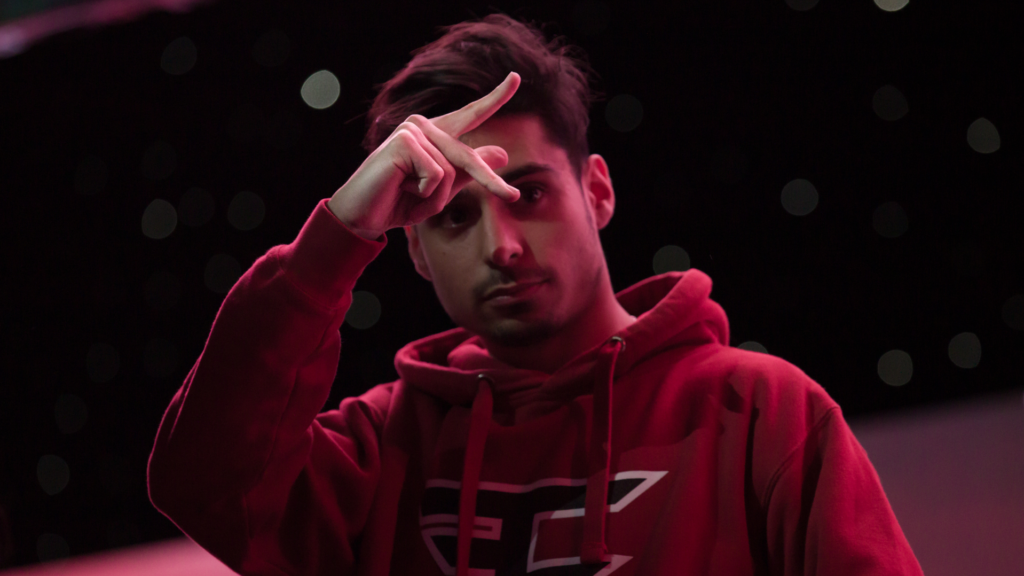 ZooMaa believes the CDL will take time to settle into a proper rhythm, and has preached patience.

He admitted part of the worry from players and league organizers alike has come from the fact the Call of Duty fandom has become “a little spoiled” over the years, and is always demanding. There’s nothing wrong with that though, he added.

“They obviously just want it to be the best it can possibly be, and everyone is going to want to have input, and share their opinions,” he said in defence of those concerned about the CDL. “That’s what it’s like for anything, in any sport.”

Fans are probably right to be at least a little nervous, too, as the CDL looks to break barriers in its very first season as a franchised, global league.

The aforementioned ‘roadshow’ is set to land at locations around the United States and Europe across the six-month world tour, including Los Angeles, New York, and Chicago, as well as Toronto, London, and Paris.

With the league’s launch weekend — to be held at The Armory in Minneapolis on January 24-26 — fast approaching, and major issues still plaguing CDL’s 2020 title Modern Warfare, fans are reasonably worried that might shadow proceedings. 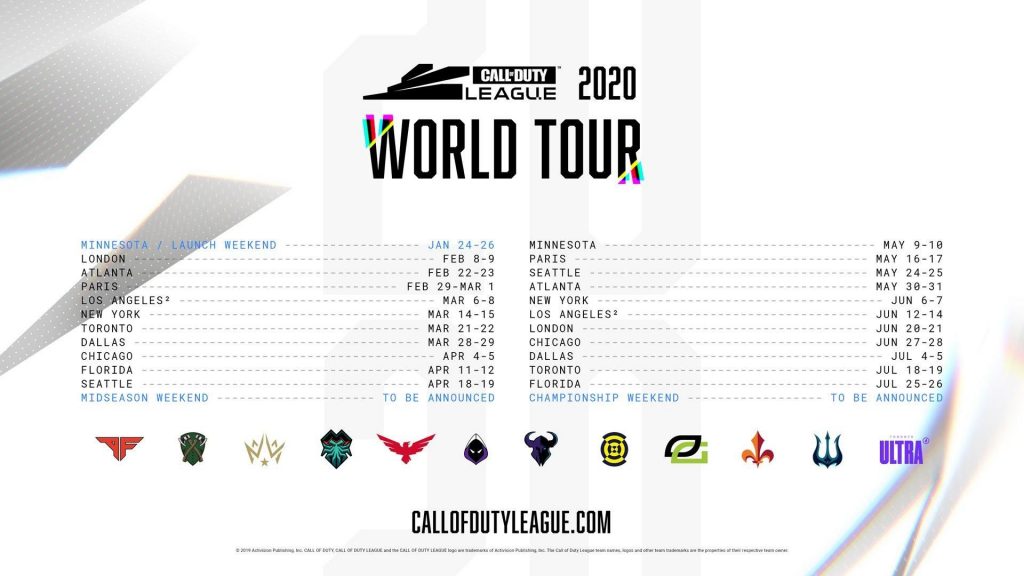 The Call of Duty League is kicking off its 2020 season with a ‘World Tour.’

One key issue that has arisen since the game first dropped was poor spawn locations, which often drop unsuspecting players right back into the battle without warning, or even spawn them right behind enemies that have just killed them.

ZooMaa, who was part of the CDL cohort that attended Activision’s ‘Player Summit’ for stars of the new competition to air their grievances and ideas with the league, and with the game itself, revealed Infinity Ward is hard at work on spawn changes. 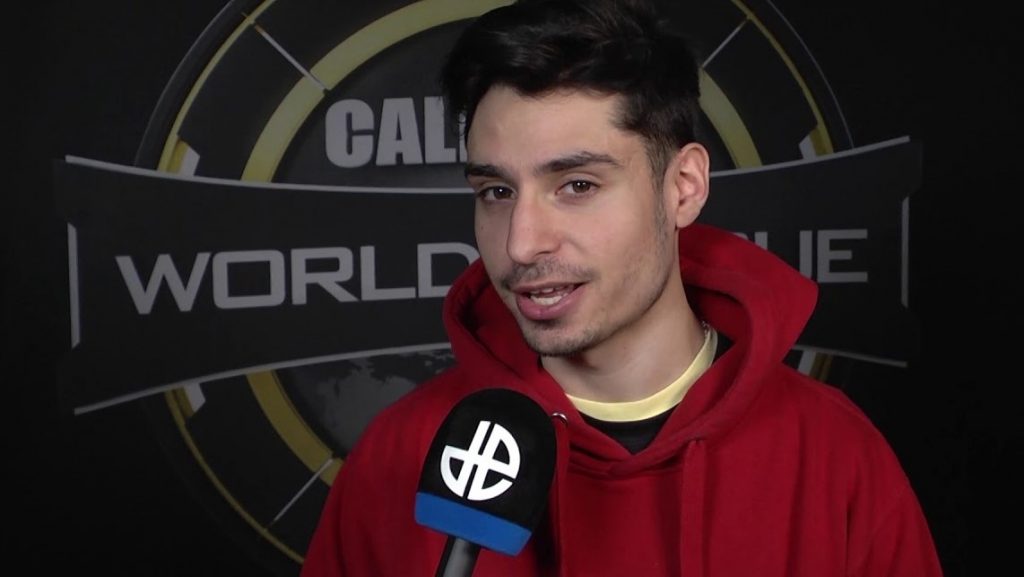 As a veteran Call of Duty star, ZooMaa certainly knows what he’s talking about when it comes to the CDL’s first-ever season.

Apart from that, the initial outcry over spawns seems to have died down as well — not because they have been solved completely, though IW did send out a patch to address them recently — but because pros are getting used to them.

“There are definitely some weird spawns still going on, but we’re trying to learn them… it’s getting to the point now where I know all the spawns, a lot of people say that spawns are shit, and they are, but you can still predict spawns now,” ZooMaa said, before adding the latest patch from IW hasn’t fixed the issues properly yet.

“I’m still spawning in front of people [after the new patch], I literally didn’t say anything to my team when it happened, I just said ‘yeah… right side.’ It isn’t that bad though, you can learn all the spawns. Random shit happens a lot though.”

For mobile readers, the related segment in the video below begins at 39:47.

The Subliners, who ZooMaa said rank “definitely top four” heading into the 2020 season, begin their campaign against the divisive OpTic Gaming Los Angeles, and the Preston ‘Prestinni’ Sanderson-led Florida Mutineers in round one.

New York could also have the honor of being the first-ever Call of Duty roster, alongside OpTic, to play in the CDL league, with their match currently scheduled to open the launch weekend match-ups in Minnesota.