One Reddit user has shared a bizarre spawn they experienced while playing Call of Duty: Modern Warfare, compounding existing community concerns regarding the state of the game’s spawn logic.

Following Modern Warfare’s October 25 release, feedback regarding the game has centered on two aspects fans want to see amended: maps and spawns. Maps have generally been criticized as overly large and complex, to the point they encourage negative play-styles.

Spawns have also been criticized, with players regularly seeing themselves dropped straight in front of enemies and being killed as quickly as they spawned back in. Some instances have even seen players spawn outside the map or in the path of a tank, as pro Scump hilariously found out.

On November 22, Reddit user ‘McNugg2710’ shared a spawn they had experienced while playing Shoothouse, a small three-lane map added to try and speed up some matches.

The player joins the match in progress, potentially going some way to explain the strange spawn they experienced. The player drops into the Junkyard area of the map, all too literally.

Spawning in mid-air, the player drops to the ground and is instantly killed by the fall damage taken, leaving them baffled as to how such a glitch has made its way into the game.

The CoD community seemed equally confused, with the post garnering more than 22,000 upvotes in less than 24 hours.

At the time of writing, developers Infinity Ward have not responded to the specific, but have been confirmed in the past to be refining the game’s spawns.

While many found the incident funny and inconsequential, there are genuine concerns about how it could impact professional games, given the fact that many pro players have already lamented Modern Warfare’s spawns. 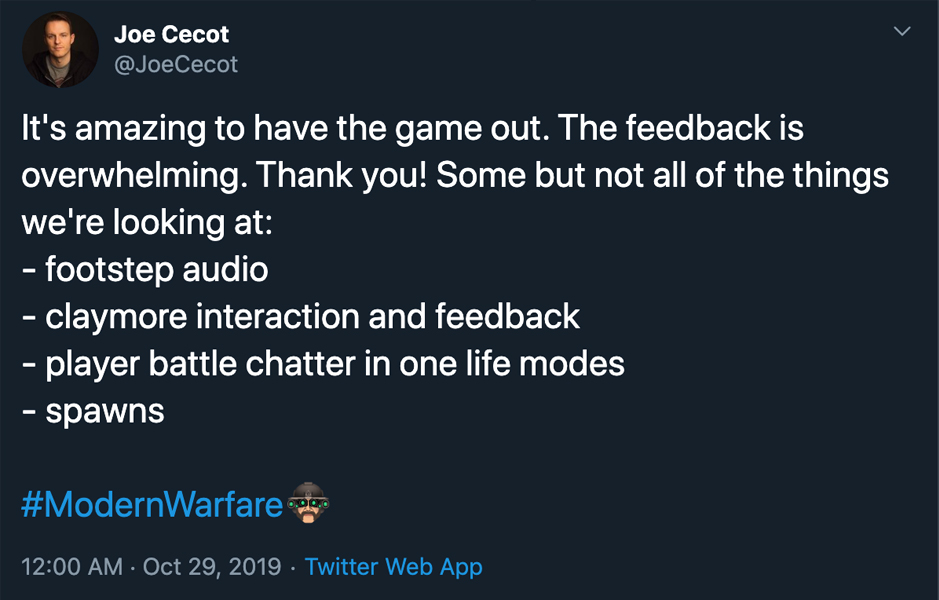 Infinity Ward have been working on spawns since a few days after the game launched.

No pro players have experienced issues as glaring as this in pro scrimmages, but they have regularly stated that spawns need to be improved, particularly in Hardpoint.

While Infinity Ward’s work on spawns is ongoing, fans will want to see a quick fix for this bizarre issue.